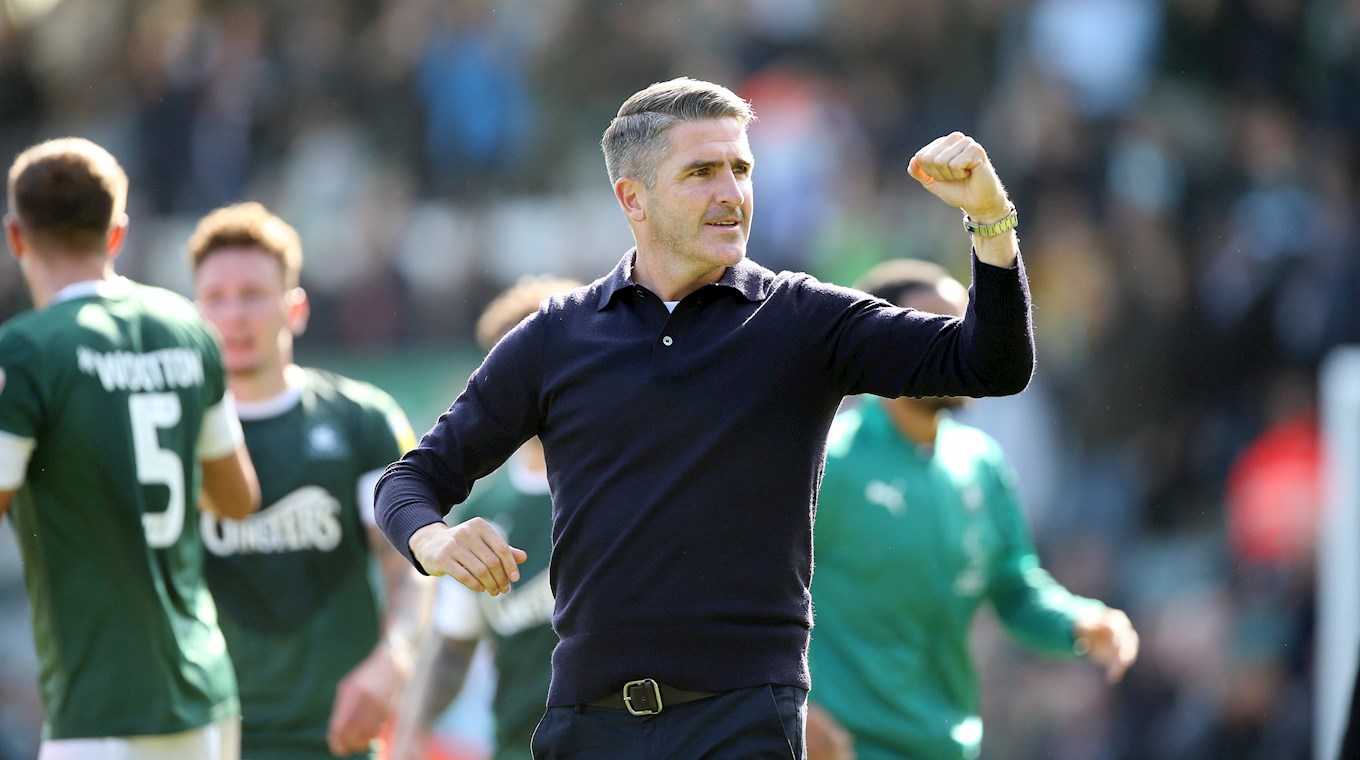 ARGYLE travel to a promotion rival in Sky Bet League Two on Saturday and a very difficult opponent in Colchester United.

John McGreal’s side just missed out on the play-offs last season and the U’s will be wanting to make amends this time around, but Argyle are set on their own mission to reach the top.

After the battling 1-0 win over Newport last weekend, Ryan Lowe’s Pilgrims now face the prospect of Colchester and Salford away over the next few days.

“Colchester will pose a different threat, they’re a footballing team,” said Ryan. “John McGreal is a fantastic manager, who does ever so well with his teams.

“They’re always up and around the top areas, and they’ll be looking to go one further than they did last season. For us, we know where we’re at, we know what we’ve got to do. We’ve got to keep building, keep working hard and keep winning games.

“All games are difficult, they’ve got flying wingers and good players all over the pitch. They are there [sixth in the league] for a reason and John McGreal plays the right way.

“He’s got a good structure there, he’s been there a long time and he knows the football club. The players know what he wants and what he demands. They missed out last season and will want to go one better, and why not, because they are a good team.