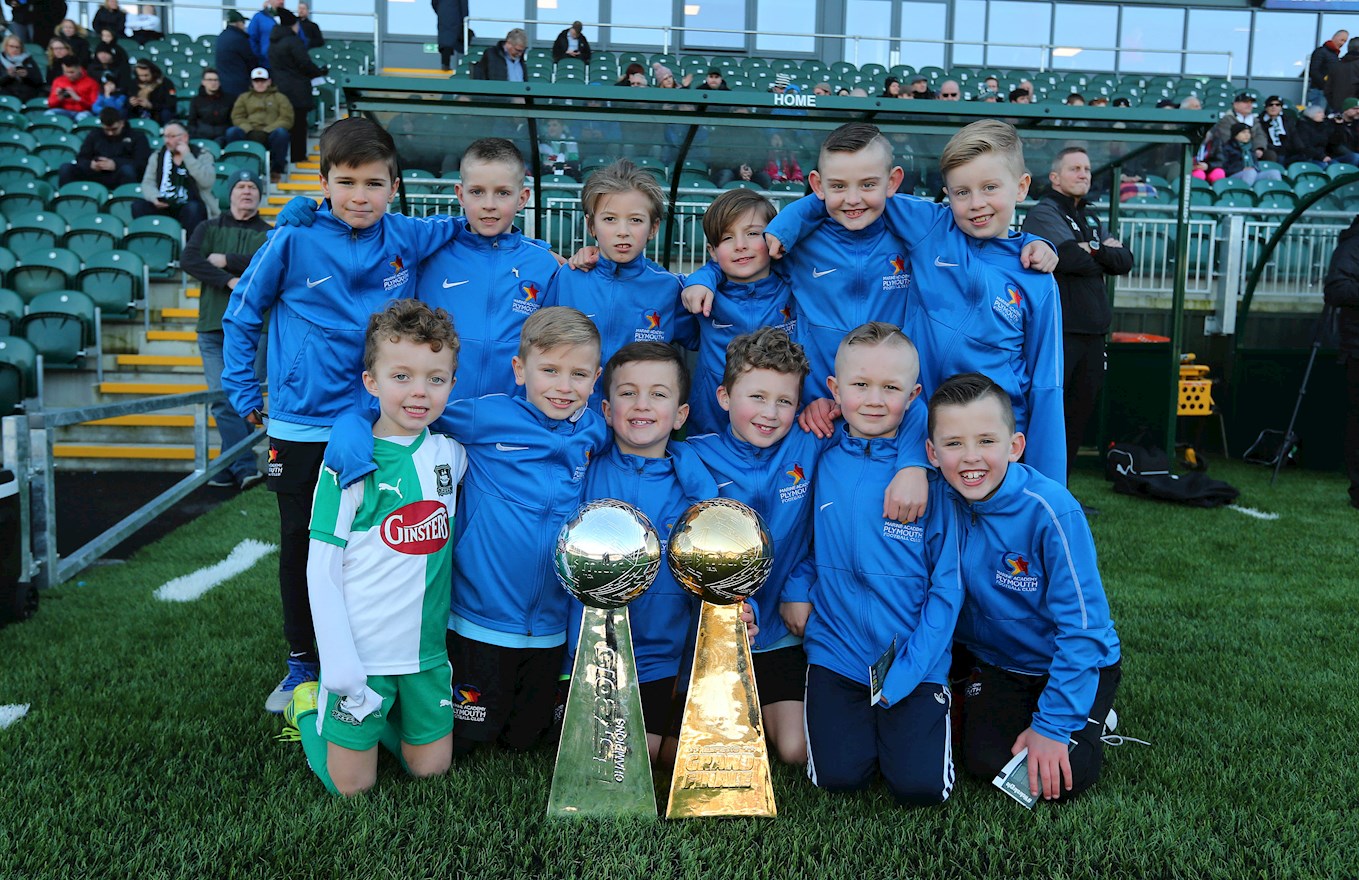 ARGYLE Community Trust will again be at the centre of match-day entertainment for the weekend clash with Crewe Alexandra at Home Park.

Making the journey from the middle of Devon and experiencing the full Match-Day Magic package are the club officials, young players and parents from Crediton Youth Football Club, and they will be joined by a similar group from Brixham Youth Football Club.

They will enjoy a day consisting of a stadium tour, coaching session for the youngsters, buffet lunch for everyone and tickets for the game in the award-winning Family Stand.

Later in the day, the Trust will welcome another group from Biscovey Youth Football Club based in Mid-Cornwall who will also be taking their seats in the Family Stand to enjoy the game.

For our match-day experience packages, the first team we will be welcoming is Braunton Eagles. The group will be in for an action-packed day that includes a tour of the stadium, a training session at Harpers Park and lunch together as a team.

Braunton is arguably the largest village in England and has in Braunton Football Club a growing and ambitious club. Established in 1905 and situated on the beautiful North Devon coast, Braunton FC boast six inclusive adult teams who compete in various North Devon and Devon leagues.

The junior section, Braunton Wanderers, has teams from U6 to U16. The Under-9s team currently has nearly 40 registered players and head coach Ed Holmes promotes an attitude for inclusiveness and fun. They have enjoyed success in several local tournaments recently and are very proud to be part of Argyle's match-day against Crewe Alexandra.

The second group we will be welcoming is Newquay Under-9s, who will be taking part in our American penalty shootout experience. These children will again be in for an action-packed day, which includes a stadium tour, lunch together as a team and finally an American shootout at half-time of the game.

Newquay AFC Youth is run by a team of volunteers and has 20 teams from under 7 to under 18. This includes mixed, boys and girls teams.

The Newquay Raiders Under-9 team are in their third season and play in the Kernow League which includes teams from Mid-Cornwall, such as Newquay, to sides in the west, such as Penzance and Helston. Many of the them have been playing together before they begin competitive matches at Under-7 through the club’s "mini club" training program that offers any boy or girl a chance to play football from five years upwards every Saturday morning.

The team have several players who attend the Argyle Centre of Excellence at St Austell, which has been a great opportunity for the boys to not just develop their football skills and understanding but form friendships with boys from opposing teams.