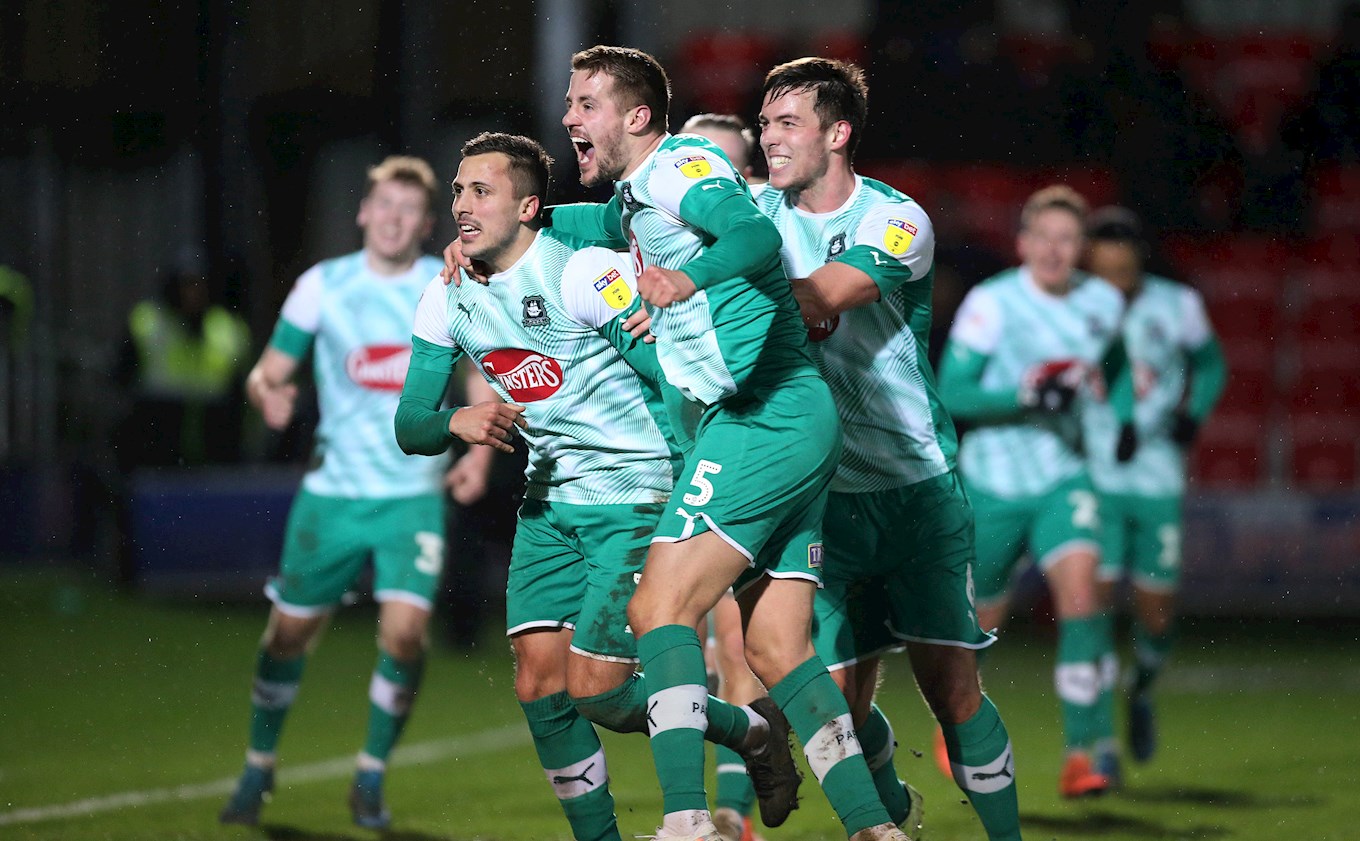 THE spirit of togetherness and family has been the platform to success for Ryan Lowe in his developing managerial career.

After brilliantly winning promotion at Bury last season, despite their financial woes, Ryan is doing a similarly great job with the Pilgrims and a last-minute winner at Salford City in midweek kept us fourth in Sky Bet League Two ahead of tomorrow’s visit from second-placed Crewe Alexandra.

The Argyle spirit was perfectly evidenced at Salford when Ryan Hardie grabbed the last-minute winner, prompting wild celebrations from the Green Army and the Green players.

“It’s a great balance to have and you look on the bench when we scored the winner, the whole bench was up,” said Ryan.

“Danny [Mayor] and George [Cooper] had just come off for tactical [reasons], and they’re all jumping over each other, which is what you want and that’s what we’ve built.

“Without team togetherness, you won’t get anywhere and it means everything to those boys out there when they go and score a 92nd-minute winner. The squad and the togetherness will always be there in a Ryan Lowe team.”

The Pilgrim spirit at Salford was also tested by a howling wind and snowy conditions, with more torrid weather expected at Home Park tomorrow, as Storm Dennis makes landfall.

“We can’t do anything about the weather and we can’t factor it in,” said Ryan. “We can’t just put some blowers on outside and train in a 70mph wind.

“What we will have to do [if it is windy] is adapt to it, so there won’t be any big balls being kicked. We’ll have to factor it when it comes but we still have to focus on our football.”