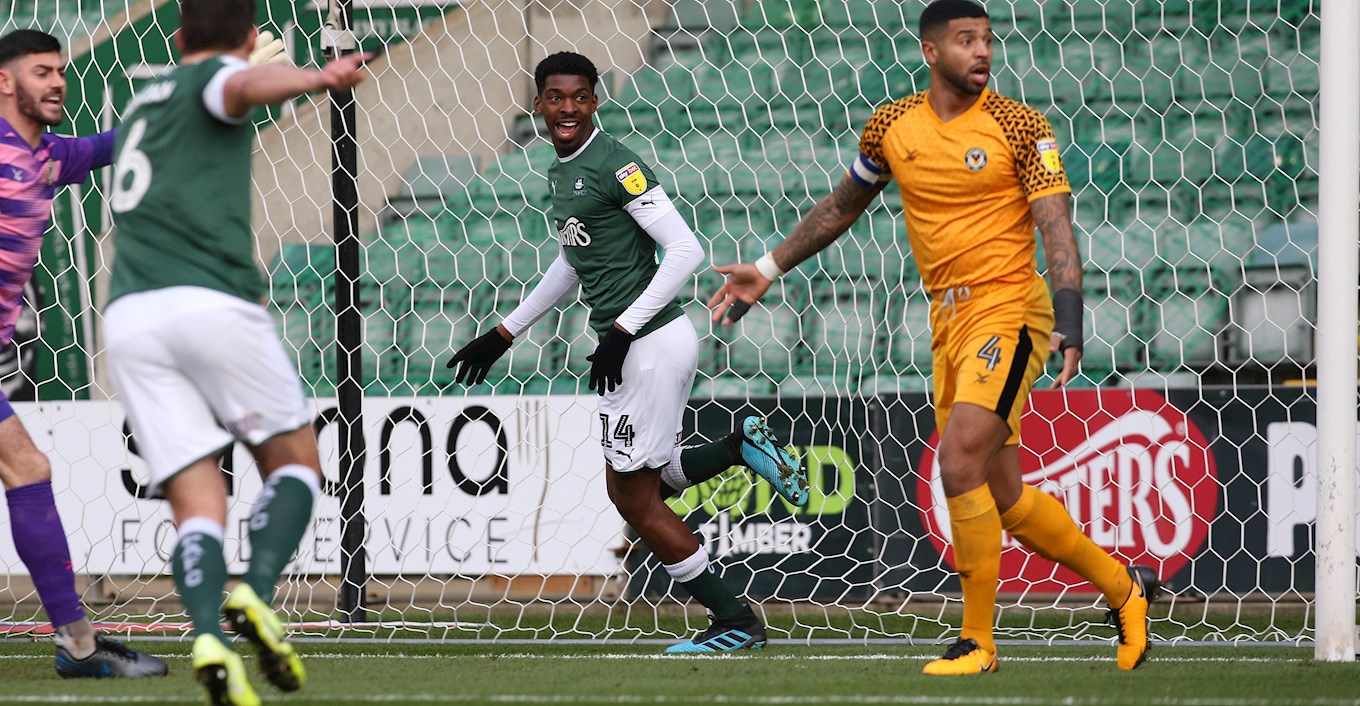 ARGYLE’S latest matchwinner Tyreeq Bakinson was delighted to get off the mark as a Pilgrim as he scored the decisive goal after six minutes to beat his old side Newport County at Home Park on Saturday.

A vital three points which sees the Pilgrims jump back into the automatic Play-Off places in Sky Bet League Two, the on-loan Bristol City midfielder, known as T, was just pleased that his first goal in a Green shirt came in front of a jubilant home support.

He said: “I was buzzing [to score my first] at home, so I could celebrate with the home fans. I saw them [George Cooper and Danny Mayor] out wide and I was thinking a cross could come in any time. I gambled at the back stick. It’s mixed emotions [to score against Newport] but I’m signed for Argyle now and I’m doing everything I can to help us out.”

The mood in camp is clearly a positive one, having been victorious in five of our last six fixtures, and T says it is satisfying to reap their reward for the hard work they put in at Harpers Park.

“We work on a lot of things in training and it’s just good for that to come out on the pitch,” he said after the game. “It’s a really good squad and from the moment I came in, everyone has been very welcoming, that helps us perform even better.”

We would have expected nothing less than a warm Westcountry welcome for our new number 14, and he believes current results, coupled with the way he has bedded into life at Home Park, has been the catalyst for such an emphatic start to his temporary spell in Devon.

“It’s credit to the boys and to the staff as well for putting such a strong squad together. It shows the resilience of the team, we all work hard for each other and that showed [against Newport],” he said. “It has been a good start, which is credit to the boys for making me feel welcome. I’m far away from home but it feels like home here.”