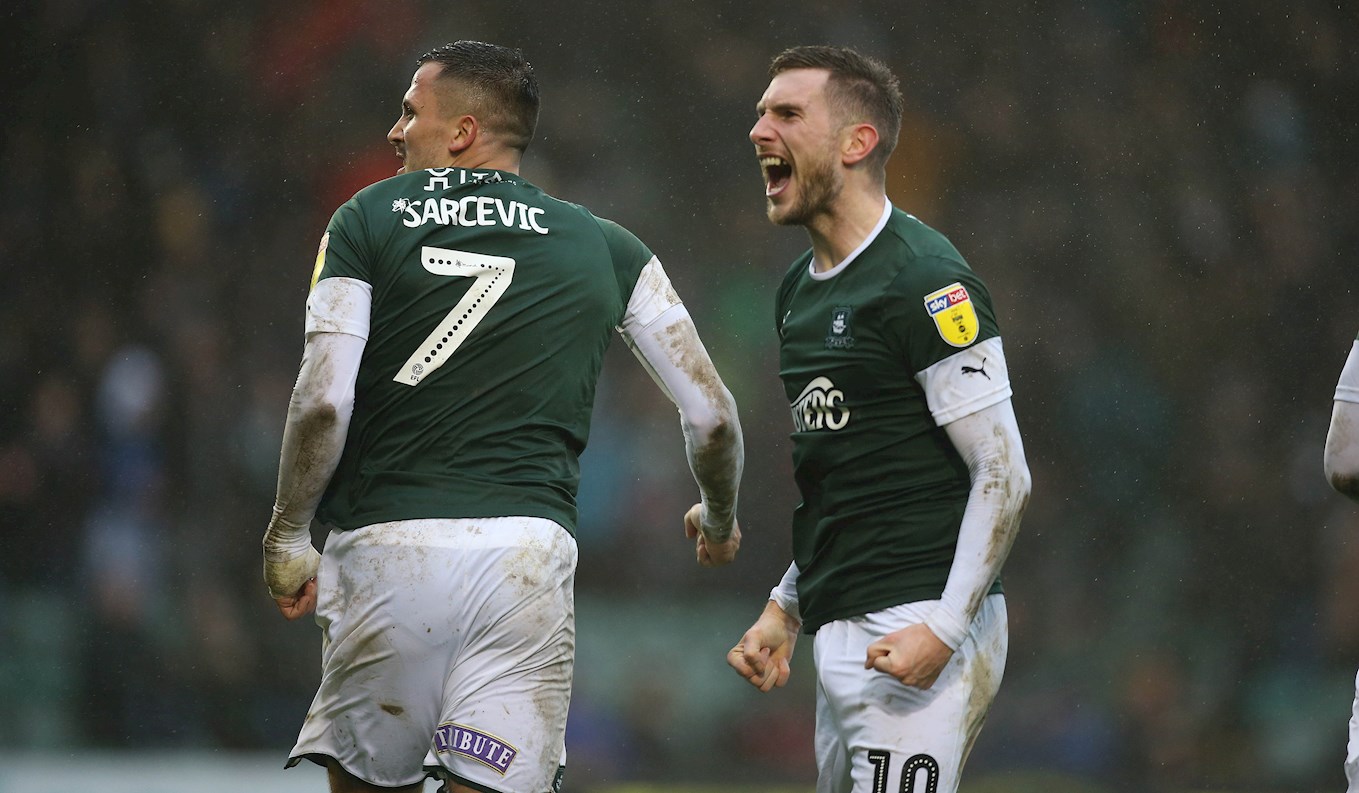 Winning in the Wind

ARGYLE came from a goal behind to earn a superb three points in the title race, despite the howling wind and rain brought in by Storm Dennis.

After surviving a late pitch inspection, the Pilgrims and their visitors from Crewe endeavoured to play some good football in the tough conditions but Argyle were the first to be breached after a fine curling strike from Harry Pickering early in the second half.

The Green response was virtually instant, as Byron Moore delivered the perfect cross for Luke Jephcott to head in the equalizer and the points were secured when Antoni Sarcevic calmly converted a penalty 20 minutes from time.

“It was an eventful day, with the pitch inspection and the wind and rain, but what I did think of the game was two good teams trying to battle out for three points,” said Argyle manager Ryan Lowe.

“When they scored the first one, we needed to get a bit tighter because they’ve got some good players but I can’t praise our lads [highly enough] again for their commitment and the attitude.

“From going a goal behind, the character of the boys to keep going and to rally on. To take three points off a very good team like Crewe was pleasing.”

Storm Dennis did its very best to interrupt the football flow and it was testament to the positive principles of both teams that just under 12,000 were served up 90 minutes of decent entertainment.

“It was alright where I was but I could see the ball swirling in the air and it then sort of stopped straightaway,” said Ryan.

“I noticed Byron a few times misjudge it and there are not many times he gives the ball away, and Jephs was the same. It [the ball] just stopped and there was one point when [goalkeeper] Alex Palmer shouted for the ball and it just stopped.

“If it was any other team here, it could have been worse, but Crewe play it on the floor and so do we. For two good footballing teams with the ball on the ground, we made the best out of bad conditions.”