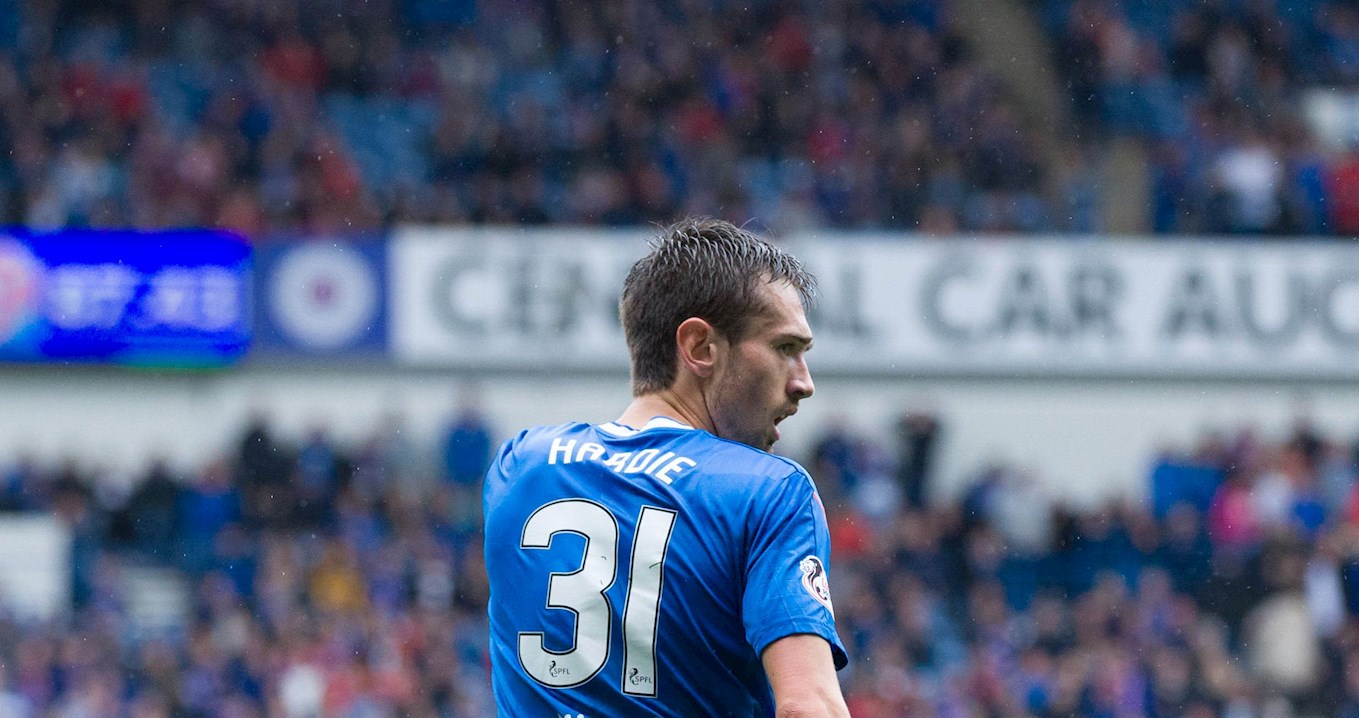 IN Ryan Hardie, Argyle manager Ryan Lowe has brought a striker to Home Park who has scored goals wherever he has played in his short, but highly productive, career.

The 22-year-old Scot has joined the Pilgrims for the second half of the Sky Bet League Two season on loan from Blackpool, who he signed for from Ladbrokes Premiership side Rangers last summer.

A product of the Glasgow side’s Auchenhowie Academy, he made his first-team debut for Rangers in September 2014 as a substitute in a Scottish League Cup match against Falkirk.

The 6ft 2in striker’s first senior start followed in a Scottish Championship game at Dumbarton in April 2015, when he scored twice to help Rangers come from behind to win 3-1, and his 17 appearances for Rangers included seven in the Premiership.

During his time at Ibrox, Ryan was loaned out to Championship side Raith Rovers, who he helped to the 2015-16 Premiership play-offs and scored 14 times in 34 games in two spells that came either side of a loan to another Championship club, St Mirren, where he scored three times in 17 appearances.

A third loan, to Livingston, was even more successful, helping the Lions to win promotion to the Premiership in 2018 as he scored 15 goals from 39 appearances at the Tony Macaroni Arena, split between the Championship and the top-flight.

He took his scoring knack into the international arena, with 12 goals in 36 appearances for his country at every age-group from Under-16 to Under-21. Three of those goals came in the 2017 Toulon Tournament in which Scotland’s Under-20s came third after losing to Neil Dewsnip’s England in the semi-final.

Last July, Ryan moved to League One Blackpool, following in the studmarks of former Ibrox graduates Joe Dodoo and Jordan Thompson, who he also played with at Livingston.

He was soon back amongst the goals at Bloomfield Road, scoring in only his second start as a Seasider, a 5-1 Leasing.com Trophy victory over Morecambe, one of 11 games he has played for the Tangerines in the first half of the season.