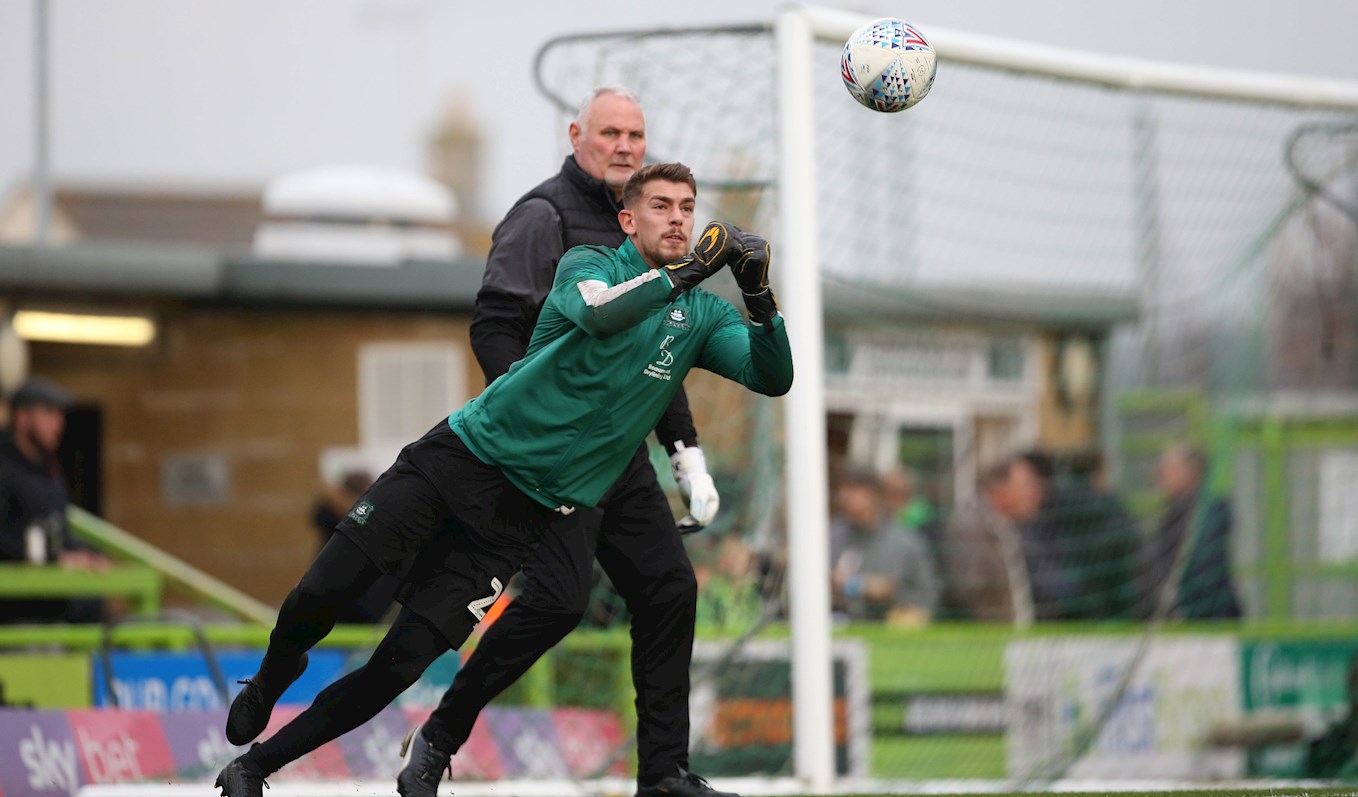 ALEX Palmer has assessed his first half of the season as the Argyle goalkeeper and with the team in a good vein of form at the moment, there is rich current of confidence running through the squad.

The excellent 3-1 victory at Scunthorpe last weekend lifted the Pilgrims into the Sky Bet League Two play-off positions and a win at Carlisle tomorrow will consolidate our place in the top seven.

“The further the ball stays away from me the better,” said Alex. “We’re playing well, in a good run of form but we’ve got to carry that on. We need to show everyone we can be consistent and pick up results, like the Scunthorpe one where we had to dig deep.

“We’ve got some experienced lads, who have been around different clubs. They know how to play against different opposition. As long as we play to our strengths and we play how we know we can, we’ll be alright generally everywhere we go.

“We’ve got experience, we know how to play. The gaffer and coaching staff tell us every team’s strengths and weaknesses. Each week, we go into the games with different game plans.”

After an inconsistent start to the season, Alex feels like Argyle have started to find a balance at just the right time.

“It was always going to come, I think we’ve found a decent balance of playing attacking football and keeping it solid at the back,” he said.

“That’s obviously going to be a massive benefit for us because then we can play tough teams away and get the points that we need to. At home, we can play on a good surface in front of a good crowd and play our type of football a little bit more.

“When we go away from home, I think it’s about digging in deep, playing our brand of football but also trying to get a result.”

Argyle face another difficult test away from home this weekend, as they are set to travel the longest distance between two teams in the EFL when they face Carlisle United at Brunton Park on Saturday.

“Carlisle away this weekend, another tough game away from home we need to go there, put in a good performance and pick up three points because it's a long way to go to not do that,” said Alex.

“We don’t take any opposition lightly, we’ve got to perform how we can, it doesn’t matter the opposition, as long as we're on it we’ll be good enough.”