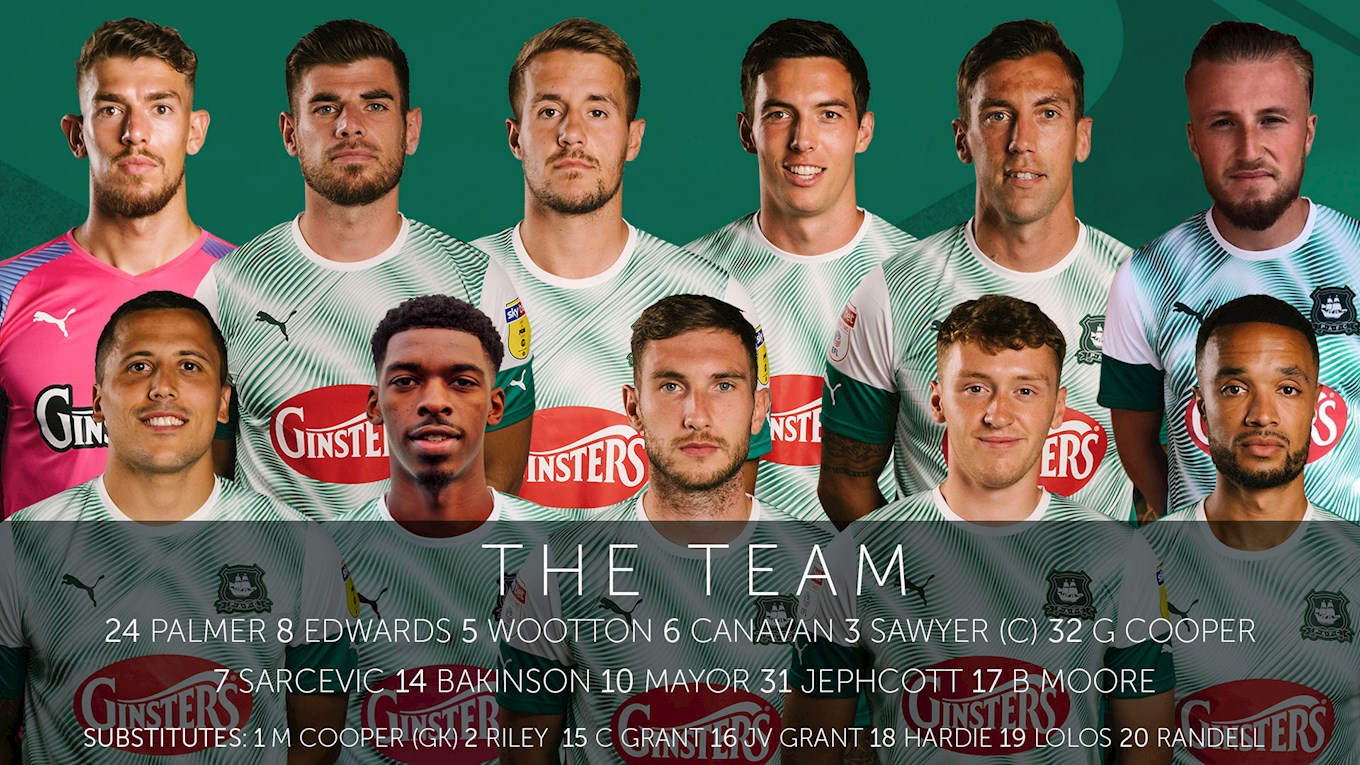 Academy product Jephcott, 19, who scored twice on his seasonal debut in the previous week's fine 3-1 win at Scunthorpe United, kept his place in an unchanged starting line-up as the Pilgrims sought their third successive away win.

His partner in attack at Brunton Park was his fellow scorer against the Iron, Byron Moore; new signing Ryan Hardie, who joined Argyle on loan from Blackpool on Friday, started life as a Pilgrim on the substitutes' bench, alongside another young home-produced striker, Klaidi Lolos.

Fellow loan player Tyreeq Bakinson continued in central midfield after having joined the Pilgrims from Bristol City the week previously.

Carlisle's starting line-up included two former Pilgrims - forward Nathan Thomas, who made 24 appearances between 2013-15 after being released by Sunderland, and defender Gethin Jones, who was loaned from Everton at the back end of the 2014-15 season and played seven times.