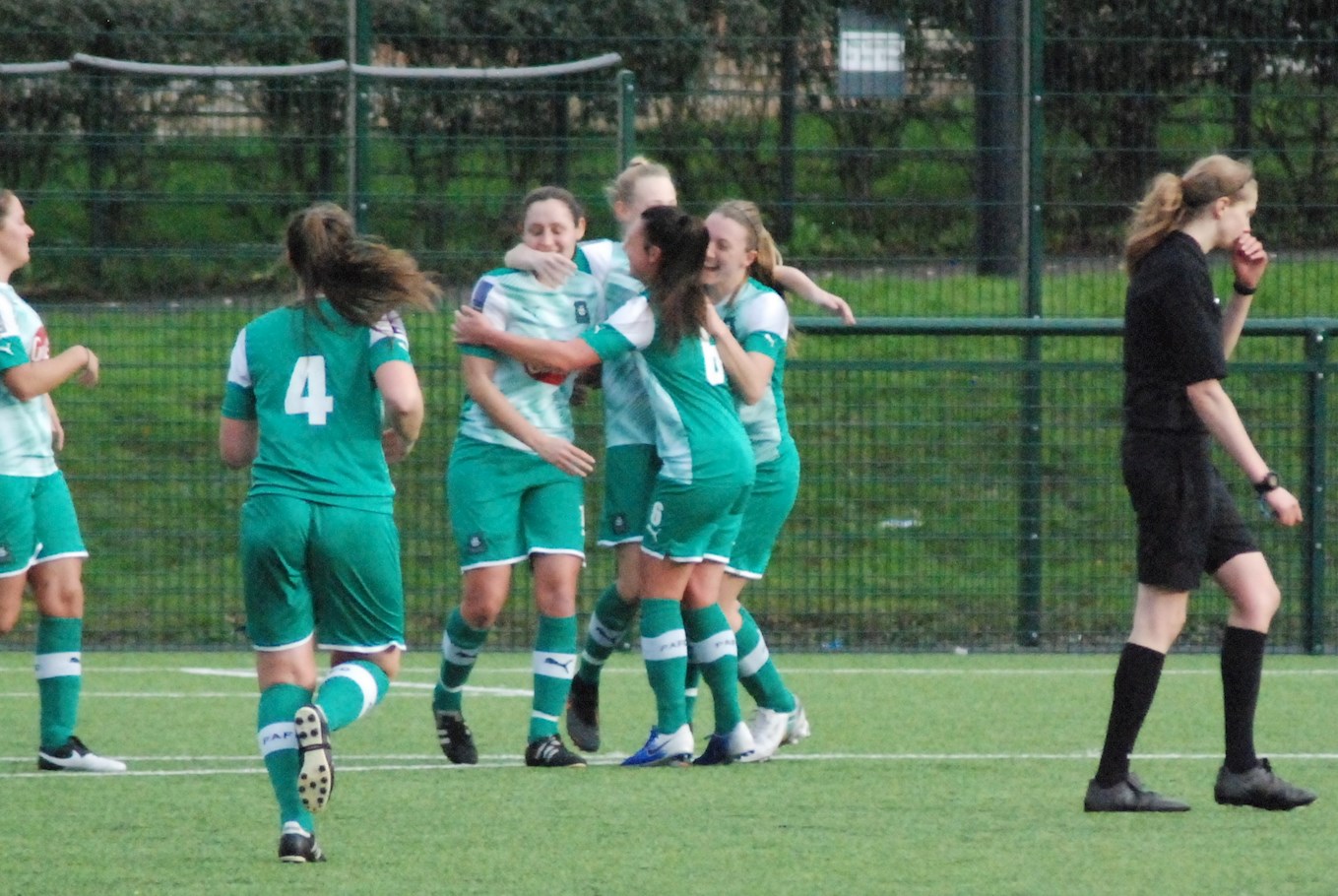 ARGYLE Ladies reached the semi-final of the National League Plate competition with a 3-1 victory at home to Stevenage, despite a stuttering performance.

Argyle started with Ben Kyle in goal and Bow Jackson, Kate Middleton, Lydia Huntley and Mollie Taylor as the back four. Leah Burridge, Steph Beck and Ebony Dover occupied the midfield, with teenager Beth Everson and Helen Bleazard on the flanks and Natasha Knapman up front. Faye Ivall and 16 year-olds Nelinha Barros and Dee Newman made the bench.

The Pilgrims started on the front foot with Taylor heading a Bleazard corner wide before nice link play between Dover, Beck and Burridge came to nothing. Bleazard then found Kinapman who shot over and Dover worked a one-two with Knapman who found Beck, which ended with Bleazard shooting wide.

The breakthrough came in the 19th minute when Middleton met a Bleazard corner to thump the ball low into the net. Four minutes later, Argyle won possession from a Stevenage throw-in, Jackson played the ball to Everson who calmly took it past a defender and slotted into the bottom corner for the 16 year-old’s first ever senior goal.

Argyle had a piece of luck when Ashleigh Deacon saw her effort well saved by Kyle but responded with Jackson firing wide. Eight minutes before half-time, it was almost 3-0 when, after Bleazard set up Everson, the teenager saw her effort strike a post.

Three minutes into the second half, Kyle pulled off a great save from a crossfield shot from Nicole Emmings. Then a great move by Everson, Beck and Middleton ended with Bleazard heading in but the goal was ruled out for offside.

A great overlap down the left wing by Taylor saw her cross blocked by goalkeeper Hannah Vandersluis. Argyle continued to attack with Bleazard having another effort saved. Argyle were then stunned on the hour mark when they didn't deal with a huge punt up the field by Vandersluis, which left Nicole Emmings racing clear to shoot past Kyle.

The deciding goal came with less than 15 minutes remaining when a great run and cross by Bleazard was turned into her own net by a Stevenage defender and Argyle moved into the last four.

“I felt we never really got into our fluid way of playing. We just didn't get going and we were scrappy. Our shooting was woeful and our decision-making in the final third was not up to the standard we played in in recent games. The positives were that we had three 16 year-olds finishing the game. I feel with the age of the team, we have a really good balance.”

The Argyle Development team played their first game for seven weeks with the Pilgrim youngsters knowing they could not afford any slip-ups against one of the league favourites. First-team call-ups and unavailability meant Argyle changed their normal system to one that suited this game.

From the kick-off, Argyle appeared to struggle with the formation, but still created the first chance when Nicola Champion fired wide when put through by Kiara Robins. Plympton responded but the goal was ruled out for offside.

Argyle slowly got to grips with the game and a Jodie Randall lofted ball looked to be bouncing out of play but Champion squared the ball to Robins who volleyed in for the lead. The expected response came from Plympton and, despite having a penalty appeal turned down, they were soon on level terms when Sam Metters levelled the score following a cleverly worked free-kick.

Half-time saw Maddy Leppard replacing the injured Leah Johnson and a few words of advice from the management seem to do the trick, as Argyle started the second half with a higher tempo. A minute after a goal was ruled out as not crossing the line, Argyle regained the lead when Champion pounced to score at the second attempt.

The Greens took the initiative and played their best spell of football and eight minutes later they increased their lead, when a corner was only half cleared to Panagiota Papaioannou who expertly curled the ball into the far corner.

The game became a tighter affair when Metters out-muscled an Argyle defender to reduce the score. Argyle secured the win when a corner was not dealt with and Champion reeled away after claiming the last touch.

Manager Rob Bonney said: “It was a game that we totally expected. Plympton are a very capable and experienced side at this level. You never felt at ease, even at 3-1. A few words were said at half time by all of our coaches and in the second half we were much improved.

“Our youngsters faced a really stiff challenge and overcame it. There will be plenty of twists and turns in the remainder of the season but we must make sure we are up there challenging.”

Picture below from Mostly Film Productions. 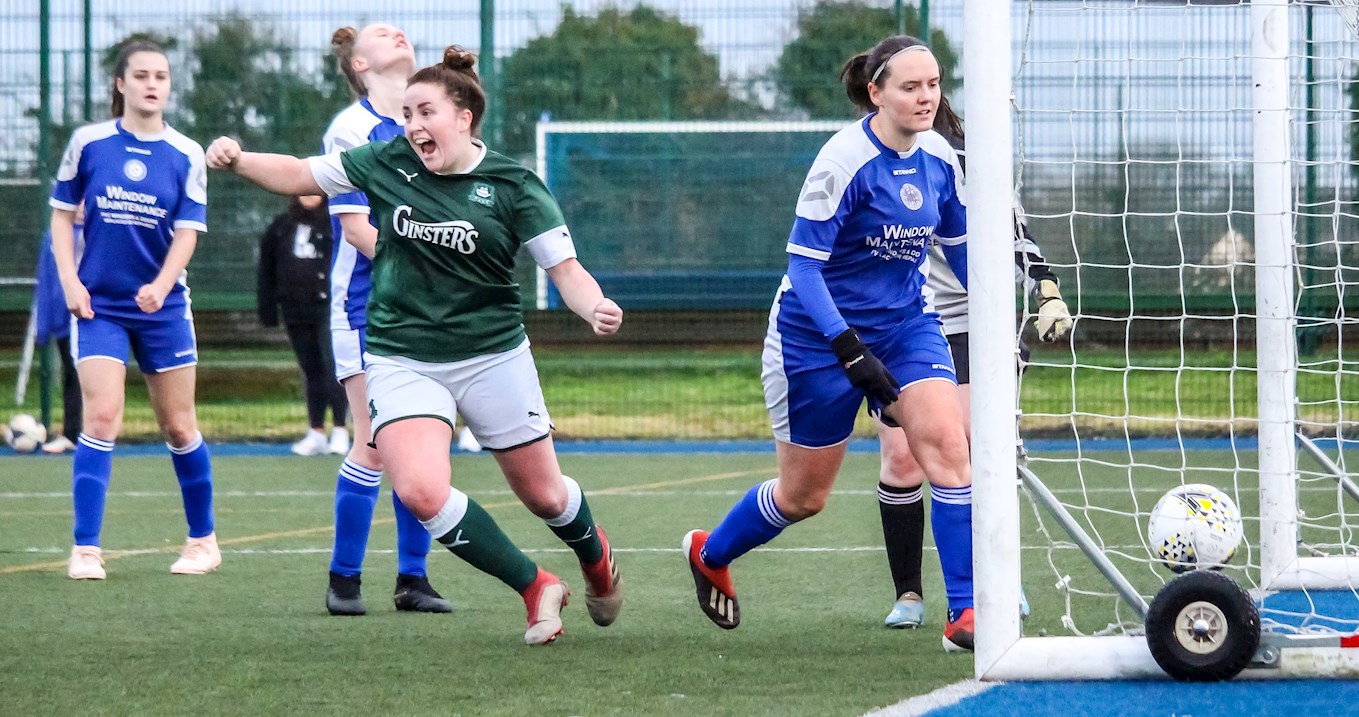