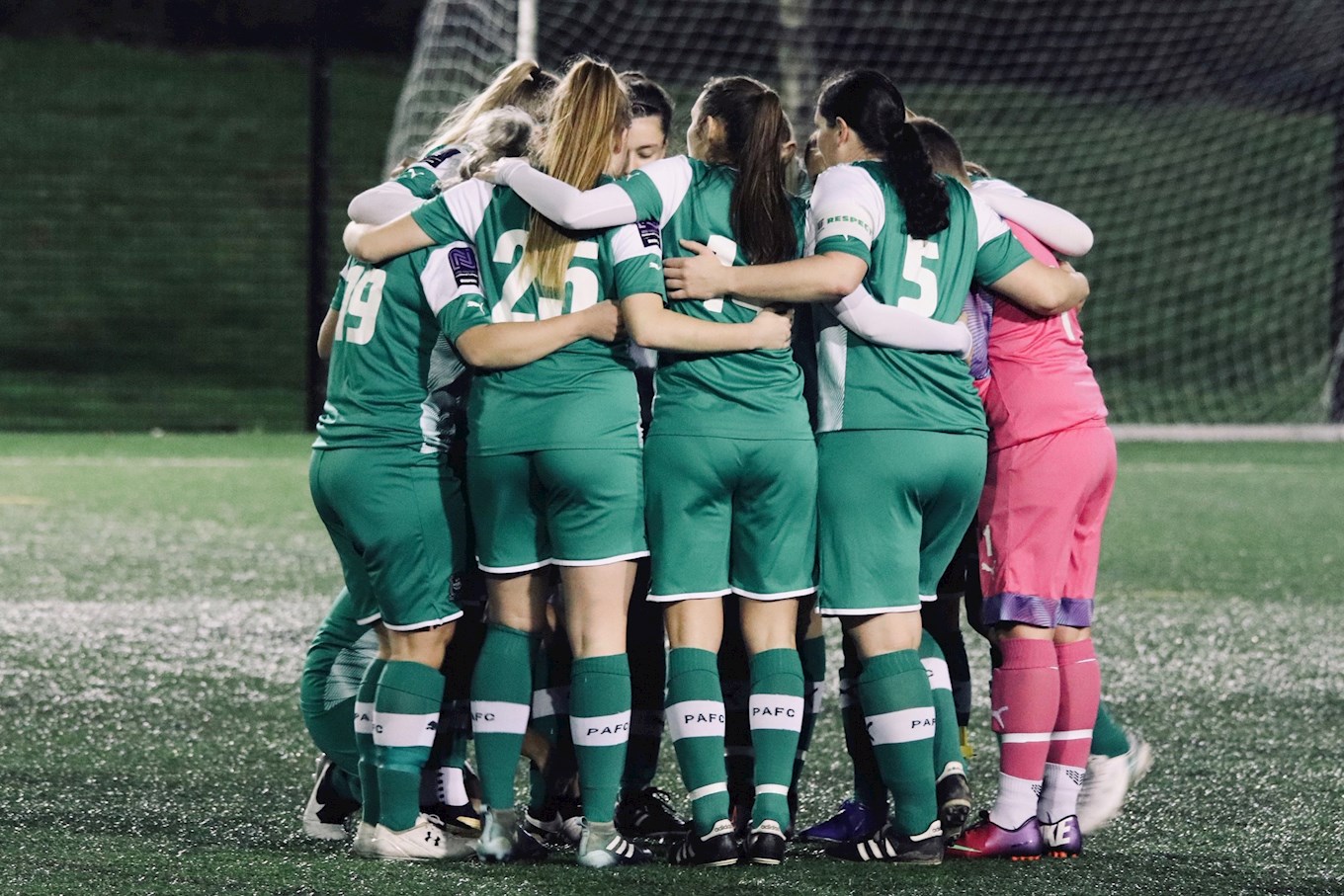 The Pilgrims went into this tie with just 12 fit player but they need not have worried, as they produced a devastating performance in front of a good-sized gate, which included Argyle assistant manager Steve Steven Schumacher. The Greens now go on to meet Exeter City in the final on May 15.

Argyle pressed from the start and a great Helen Bleazard corner was headed just over by Lydia Huntley. They were then denied an 11th minute Natasha Knapman opening goal for a foul on the goalkeeper.

Despite being on top, Argyle were just lacking a finishing touch – that was until the 22nd minute when the overlapping Mollie Taylor's cross found Knapman, who laid it off to Leah Burridge to fire in off the underside of the crossbar.

A minute later and another great Taylor run ended with her cutting inside to fire low into the corner of the net. Three minutes later and Bleazard's free kick rebounded back off the crossbar. Argyle were now in full flow and some great link between Kate Middleton and Bleazard ended with the latter’s cross to Knapman marginally misplaced.

On the half-hour mark, Argyle increased their lead when Taylor appeared at the near post to head in a pin-point Bleazard corner. Three minutes later and nice build up play between Huntley and Bleazard led to Knapman making no mistake.

Meanwhile, Burridge was defending well, while Taylor and Bleazard were working nicely on the left. Buckland did have a chance but it was saved on the goal line, while Bleazard countered down the right with a cross to Bow Jackson who headed wide.

Argyle were attacking in waves in the second period and, ten minutes in, it was 5-1 when Jackson found Knapman, who unselfishly squared the ball to Steph Beck to slot home. Two minutes later and Bleazard headed in a cross.

The seventh goal came in the 71st minute when Knapman ran on to a terrific through-ball to calmly slot the ball past the goalkeeper. Young Beth Everson was playing well down the left-wing, producing a number of good crosses. Victory was sealed in the final minute when a great run by Jackson saw her cross loop into the net.

A delighted manager Dave Leonard said: “It was a very good win, the girls played the game in the right way. I've got a certain way I want to play and the girls are putting that into practice and we won't go too far wrong by playing that way.

“I'm absolutely delighted, for the second week running there are girls that haven't played regular football this season in positions, which they are not favoured to play in and have stepped up. I'm more than impressed with that, so a good night’s work.”