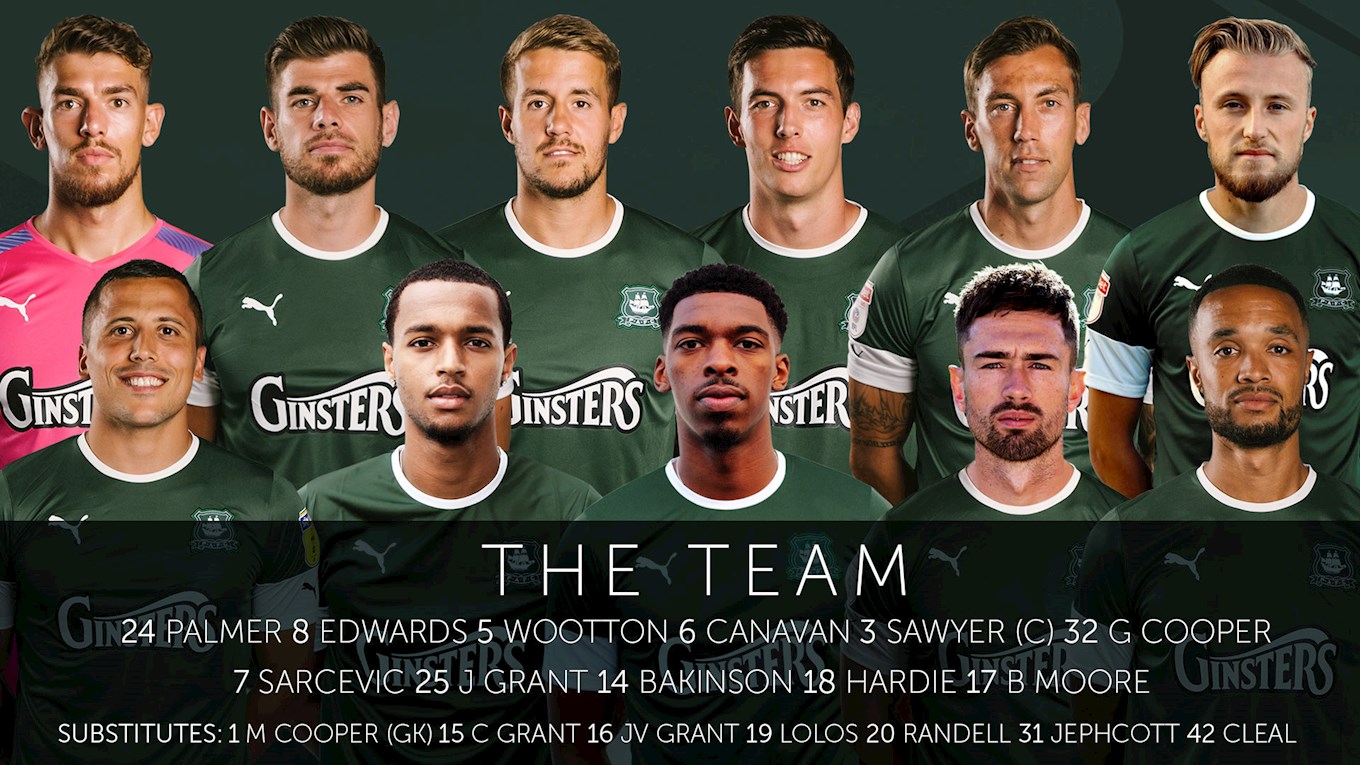 The on-loan Blackpool striker came into the Pilgrims' 11 after having scored a goal in each of his three previous appearances for Argyle - all from the substitutes' bench - at Carlisle United and Stevenage, and against Mansfield Town at Home Park.

Hardie came in for Luke Jephcott in the only change to the team that had begun the previous Saturday's 2-1 victory at Stevenage, partnering the Pilgrims' other scorer at the Lamex Stadium, Byron Moore, in attack.

Danny Mayor was absent from the match-day squad, with the latest product of the Argyle Academy, second-year scholar Jarvis Cleal, being named on the substitutes' bench.