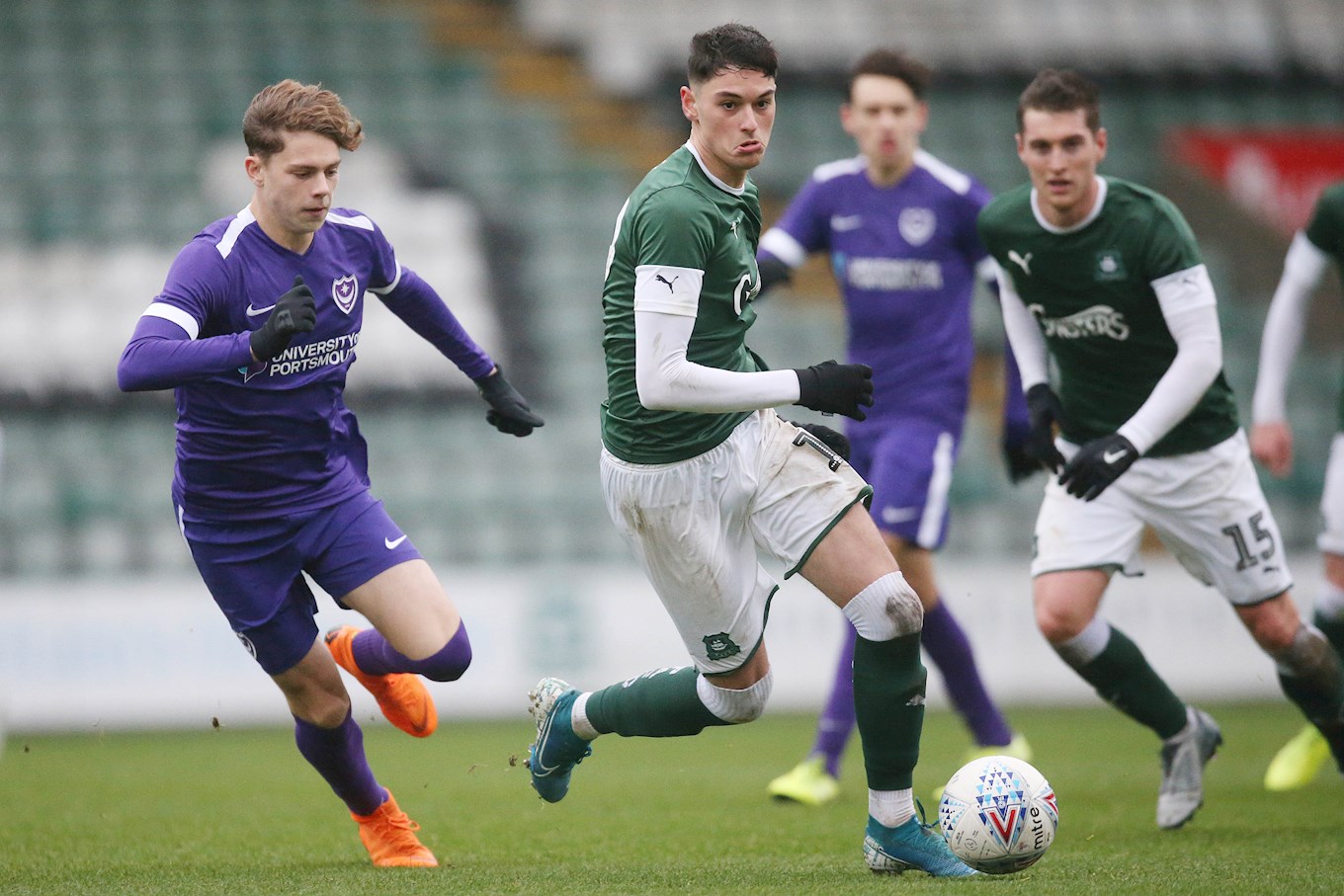 STORM Brendan battered Home Park throughout Argyle’s Central League Cup draw with Portsmouth on Tuesday afternoon and a howling wind Kevin Nancekivell described as the strongest he has experienced at the Theatre of Greens.

Despite the brutal conditions, both teams still managed to play some lovely football at times, with Argyle dominating the first period to lead after a super strike from Klaidi Lolos. Pompey came back after the break and earned their draw with a goal from Reeco Hackett-Fairchild.

“The conditions were horrendous and both teams were a credit to themselves for the way they tried to play,” said Nance. “For our part, I thought we could have possibly gone in more than 1-0 up at half-time.

“We created some good opportunities, the ‘keeper made some good stops and we went in 1-0 up. In the second half, the wind was in Portsmouth’s favour but I was very pleased with the way we defended.

“We had a very young team out there come the end, with five apprentices, and they showed some great character and resilience, so a good workout for us.

“From the first-team all the way through [the club], we’re going to try and play. The philosophy and system the manager has put in place is set in stone, and we will stick to that, whatever the conditions. The young boys will learn and get better the more they do it.”

The goal from Klaidi was a terrific strike and Nance feels the young striker, like all our young pros, can take inspiration from Luke Jephcott, who has returned from his loan spell at Truro to score four goals in two games for the Greens in Sky Bet League Two.

“He [Lolos] has got that ability to bring something out of nothing and took his goal really well,” said Nance. “He had a spell away at Dorchester and Luke’s gone away to Truro, worked really hard and got his reward.

“It’s the same with all young pros, Ryan Law is out on loan at Truro and we wanted to see him play left wing-back, which he did. They’re all in the development stage and the more games they get at this level and at Truro’s level can only be a benefit to us all.”

A final word of praise and respect to Argyle goalkeeper Michael Cooper, who displayed impeccable handling and concentration in a very difficult game for the custodians.

“Coops is top drawer, we all know that, and he’s been like that for a number of years now,” said Nance. “He’s getting better and better all the time.

“It was [tricky for goalkeepers] and I can’t remember a game I’ve been involved in at Home Park where it has been that windy. They all did well, the senior pros have got some game-time in their legs and the development boys have also done well, so the ideal scenario.”