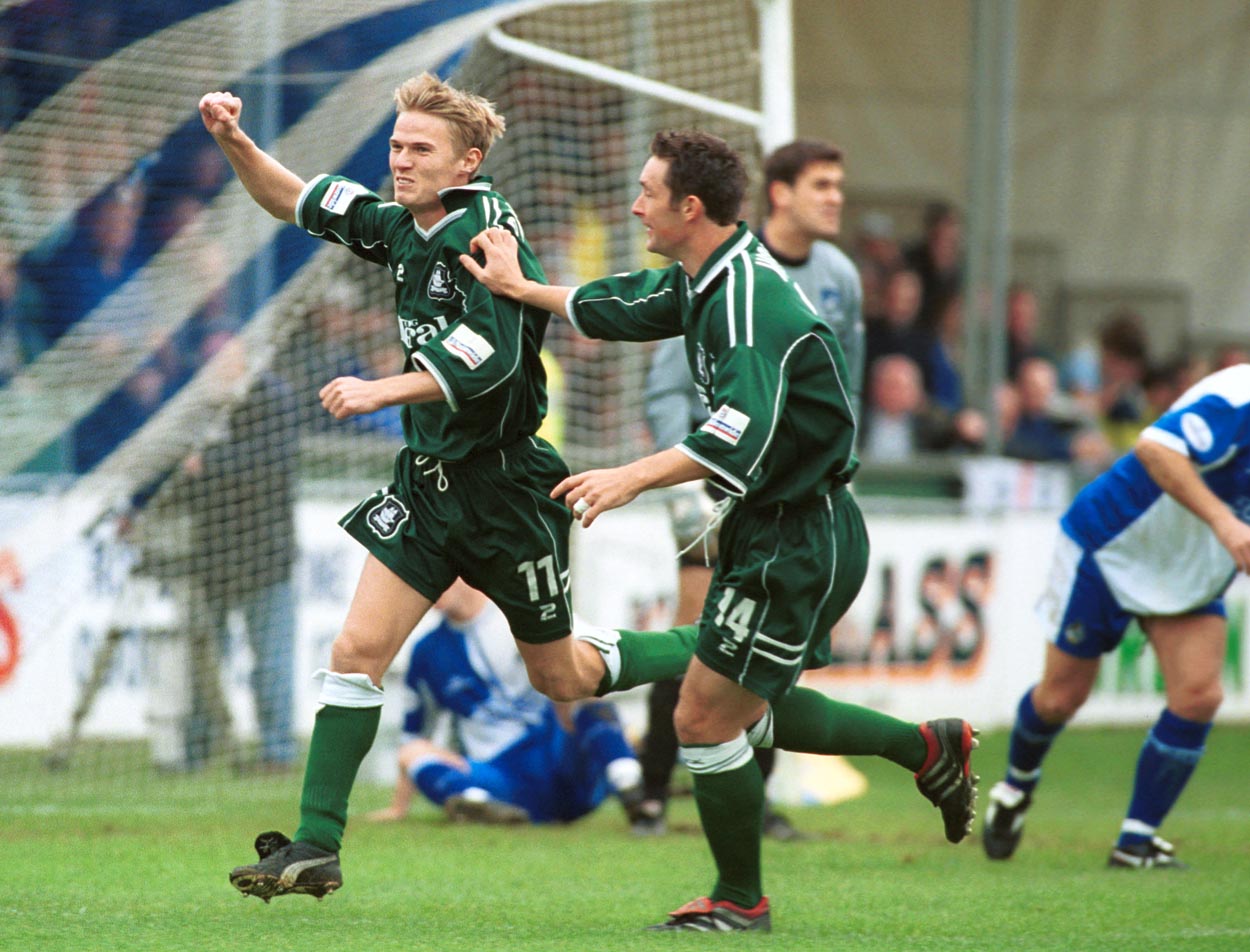 THE Argyle Legend joining us for Saturday’s meeting with Newport County in Sky Bet League Two will be the wing wizardry of Martin ‘Buster’ Phillips.

After coming through the ranks at Exeter City, Buster was sold to Manchester City for £500,000 and England World Cup Winner Alan Ball rated the skilful winger as a potential £10m player.

Unfortunately, opportunities did not come as expected with Man City and he eventually moved back south to sign for Portsmouth before then joining the Pilgrims in 2000.

Over the next four seasons, Buster made 131 appearances as a Pilgrim and scored 12 goals. He was a major component in the Argyle side that won the Division Three title and loved by the Green Army for his skill and direct running.

Injuries curtailed his first-team appearances in the latter stages of his Home Park career and Buster left for Torquay United in 2004. A warm welcome back to the Theatre of Greens, Buster.