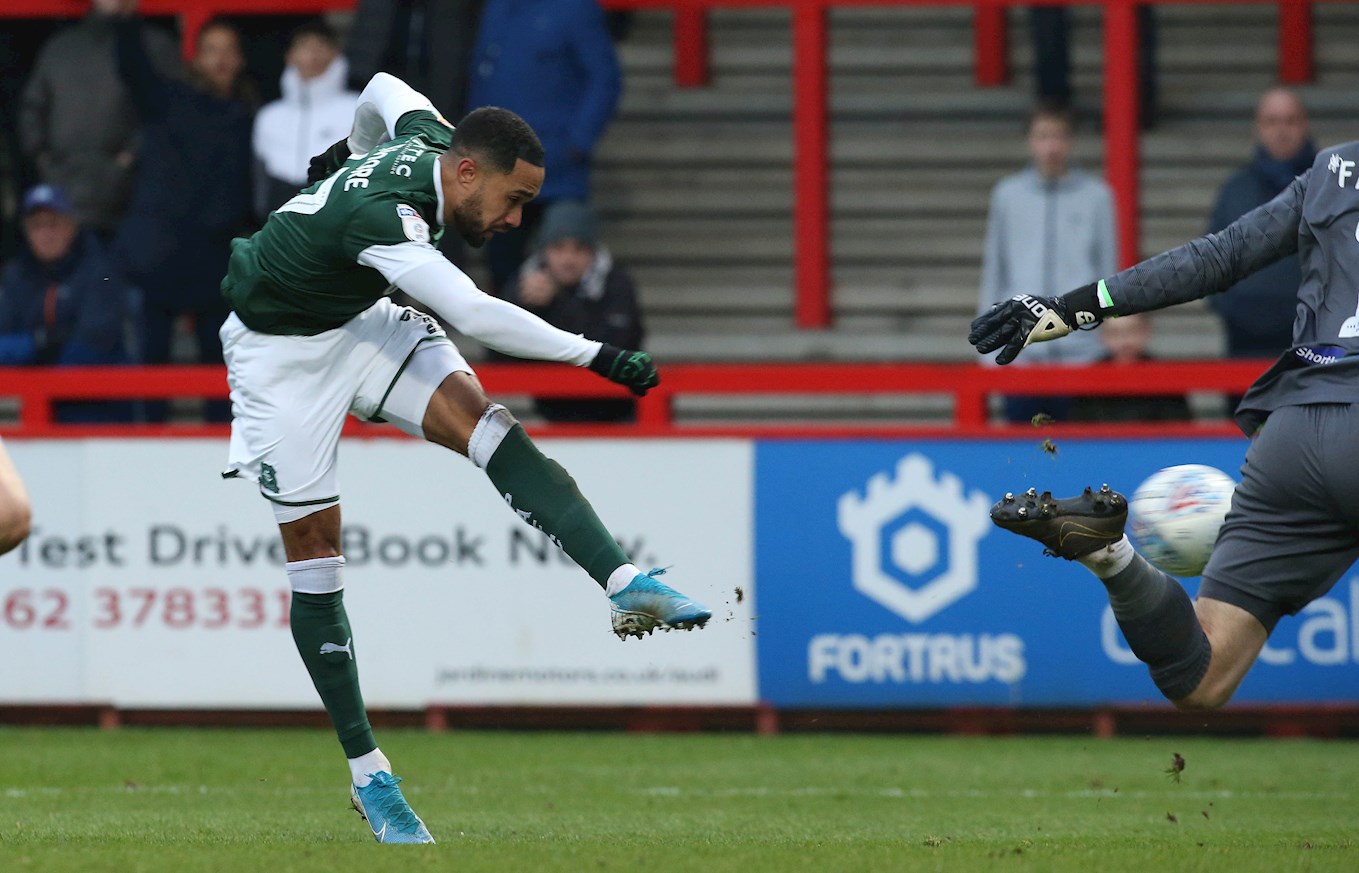 BYRON Moore believes Argyle have got the right momentum to keep on pushing their way up the table after Saturday’s 2-1 win at Stevenage in Sky Bet League Two.

With another assist from George Cooper, Byron was able to get the away side ahead in the 47th-minute of the game and a second from substitute Ryan Hardie guaranteed all three points, despite a late consolation from Stevenage.

“I know what he [George] is capable of, he has created so many chances throughout the season. [The goal was] all up to Coops, the Gaffer says to stay on the last man and try and get in between the defence, so I did, I got the goal and I’m happy with it.

“It was a massive goal, the defence tightened up, they were sitting deep and it was hard to get through sometimes but obviously it was good to get the breakthrough.

“I’ve not scored for a couple of games, so it’s nice to get off the mark and hopefully on Tuesday [at home to Crawley], I can get another goal and keep on going.”

Argyle’s 2-1 victory was played in front of a strong Green Army following, totalling to just under 1,200, and the support was hugely appreciated by Byron and his team-mates.

“The fans have always been unbelievable, the amount they bring is tremendous,” he said. “It drives us to improving and it’s like having another player.”