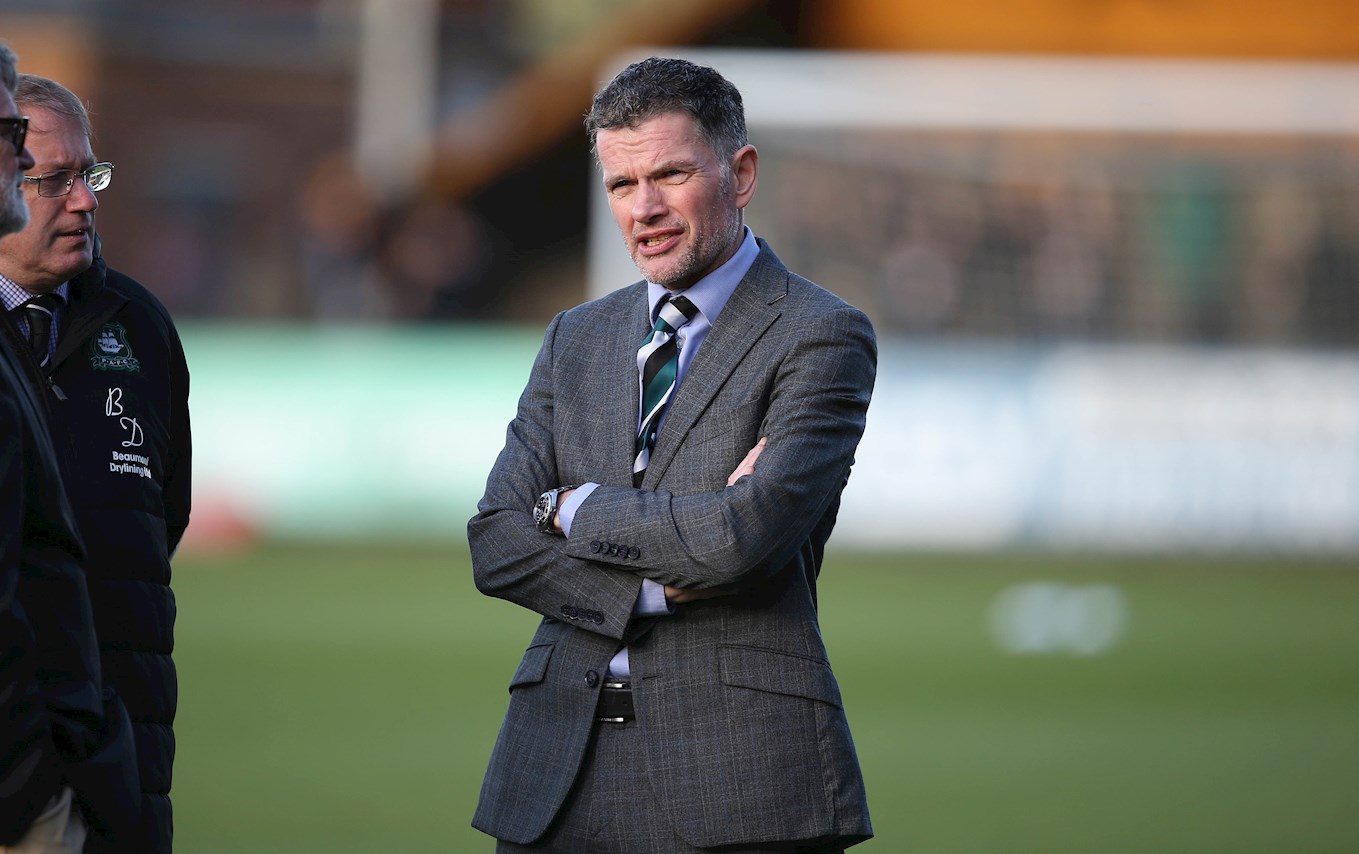 WE produced a special souvenir programme for the New Year’s Day visit of Swindon Town to commemorate the full opening of the Mayflower Grandstand and below are the notes from Argyle chief executive Andrew Parkinson.

Good afternoon to everyone ahead of our first fixture of the New Year against our visitors Swindon Town. We are delighted to welcome all of you to Home Park, including the officials and fans who have travelled down from Wiltshire for what is both an important and historic game for Plymouth Argyle.

After a busy fixture schedule during December, when we had seven games in the month, we now have turned the corner and enter the second half of the season’s campaign with everything to play for.

Whilst, of course, this is an important game in its own right against one of our key rivals, it is a day that marks so much more than that, both for the club and the city:  January 1, 2020 will be forever remembered as the first time that we were able to fully open the Mayflower Grandstand.

After a number of test events during December, we are delighted to be able to open the new stand to its full capacity. This takes the overall capacity of Home Park to more than 18,200 and it is games like these where we will really be able to maximise the fantastic support of the club.

Of course, we know that it has been a very long road to get to this point. From the depths of administration in 2011 and clinging to survival, the climb back up to stability has been long and, at times, difficult. We, though, enter the New Year with hope and optimism and embrace a new era in the club’s history.

The transition has been very much determined by the ownership-lead and financial support that has been there over the past few years, with, initially, James Brent and, significantly, Simon Hallett, who has allowed the club to be in a position where it is virtually debt free.

However, it is also down to the commitment and dedication of staff during these turbulent times. As the CEO of the club, I would like to thank all the staff, past and present, who have worked though the many challenges that the club has faced and ensured that the club has functioned and then been allowed to grow again.

We go into 2020 with a stadium that will provide a great backdrop to supporting all the football teams at the club; which will be aspirational for the first team and Academy players alike; and which will support our Argyle Ladies team. It really embodies a philosophy of Only One Argyle.

The year 2020 is also an important one for the City, the 400th anniversary of the sailing of the Mayflower from Plymouth. This will be marked with various events throughout the year in the city, and the club will be very much part of these events as a major player within the city.

The grandstand will enable the club to hold functions and events throughout the year, which will be critical to our long-term aspirations as a club in all aspects. We already have large conferences and events, hosting more than 400 people, in the diary for this year. Home Park will be the venue of choice for many such events in future years, and it will stage big concerts such as the two we have in for June of this year, Westlife and Little Mix. It is truly an exciting time to be part of the club.

I have recognised and thanked the great commitment of staff at the club over the years. However, most importantly, it is the support of the Green Army that has carried us to where we are now.

The fantastic and enthusiastic following, both home and away, has been a constant theme over the years, as has the time and dedication that has been given by many in fundraising and other activities to help the club over the years. The Day of Action that was attended by so many of you in September is a great example of the togetherness and community of this great club.

I would like to thank all of you in bringing us here.

Enjoy the game and have a very Happy New Year.

The souvenir programme is still available for download from here.