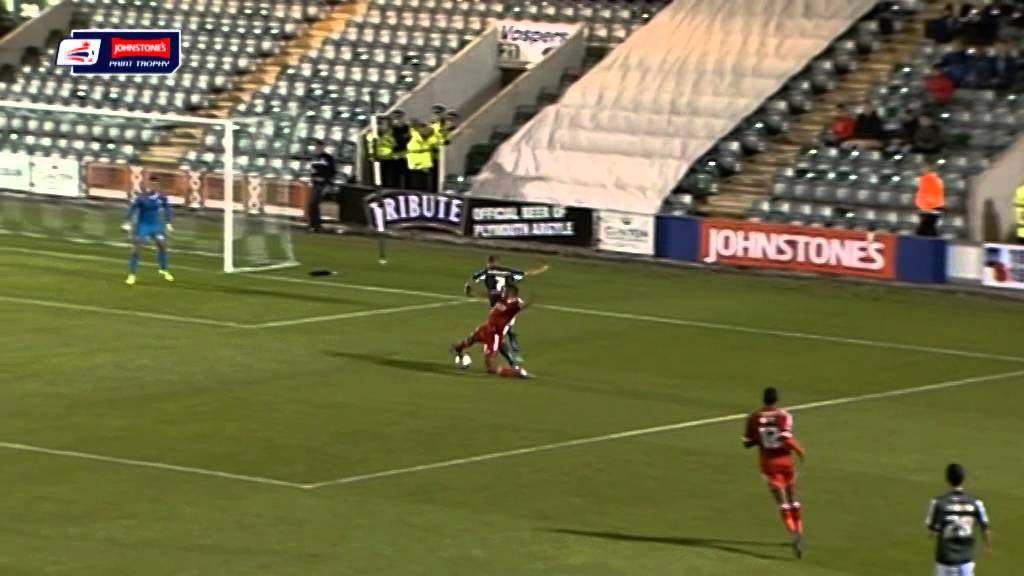 AS we prepare to welcome Swindon Town to Home Park for a big game in Sky Bet League Two today, we are getting in the mood by looking back on a classic encounter from the past.

John Sheridan’s Argyle welcomed then League One side Swindon to Home Park for a game that looked to be an exciting cup game with both sides in particularly good form. Sheridan made five changes for this game, with starts for Deane Smalley, Lee Cox, Ollie Norburn, Tyler Harvey and Nathan Thomas. Top scorer Reuben Reid and Anthony O’Connor were named on the substitutes bench.

Quite the coup for Swindon, however, was them naming former Argyle junior Jack Stephens, making his first return to Plymouth, in their line-up, having not long joined the Robins on loan from Southampton. Although facing opponents from the league above, it was Argyle who looked like the more energetic of the two sides from the first whistle.

Despite Swindon enjoying the fair share of the possession throughout the game, Argyle breezed into a three-goal advantage in the first half. Lewis Alessandra opened the scoring after just four minutes, finishing coolly after getting on the end of Carl McHugh’s pass. Just past the 20-minute mark, Argyle doubled their lead; Tyler Harvey this time intercepted in midfield and fed Deane Smalley, who took a touch and finished to full effect.

Alessandra got his second of the day when Argyle made it three just before the break, a fine piece of individual skill allowed him space on the edge of the edge of the area where he despatched a fabulous finish past Tyrell Belford in the Swindon net.

Swindon did pull two goals back late in the second half, Kelvin Mellor conceded a penalty which was converted by substitute Michael Smith for the first and a deflected second came soon after from fellow sub Ben Gladwin, which ensured a nervy finale for the Green Army. Argyle did, however, see the match out and certainly turned a lot of heads with a surprising, yet highly convincing victory over their higher league opponents.

A fantastic performance and one that earned Sheridan’s Argyle a respectable entry into the next stages of the cup. A rightfully secured place in the next round of the JPT, which happened to be the last 16.