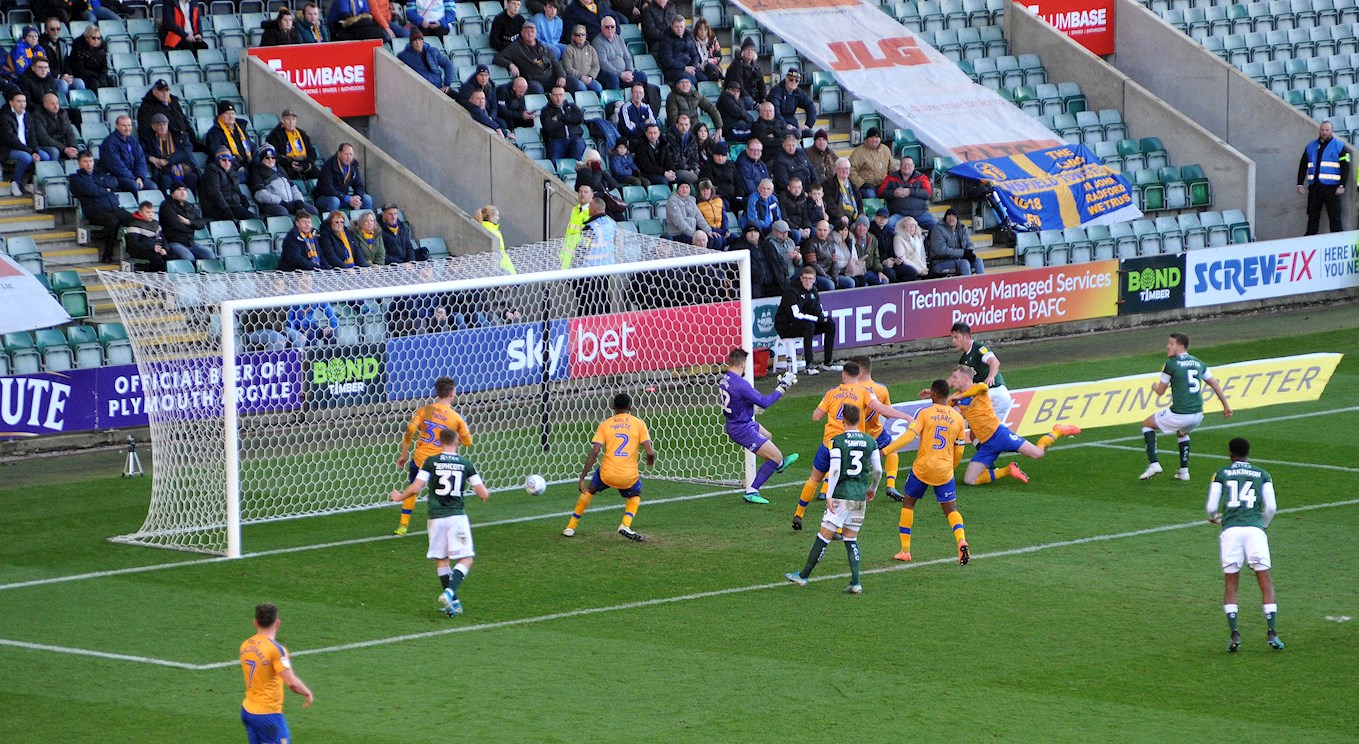 THE form of George Cooper in a role slightly unfamiliar to the man on loan from Peterborough has been one of the highlights in Argyle’s excellent recent run of results in Sky Bet League Two.

Operating at left wing-back, Coops delivered yet another assist in the 3-1 victory over Mansfield Town, whipping over a delicious free-kick for Niall Canavan to open the scoring.

A penalty from Antoni Sarcevic and Ryan Hardie’s late strike sandwiched a Mansfield consolation from Andy Cook and Argyle boss Ryan Lowe is delighted with the Coops contribution in attack and defence.

“He is playing in a false position, he’s not a wing-back but he’s doing ever so well for us and we appreciate that,” said Ryan.

“He was a little bit tired toward the end and the last time we played against Mansfield, George ended up with a broken face and he’s been terrific for us.

“He’s got that quality where he can put the ball in and he’s certainly doing that.”

Aside from Coops, there were quality performances all over the park from Argyle, with fellow loanee Tyreeq Bakinson outstanding in midfield alongside Sarcevic and Danny Mayor.

“It’s not just Tyreeq, Sarce was immense as well and Danny [Mayor],” said Ryan. “It’s not just attacking play, all the players [have been terrific], Joe Edwards down the right-hand side as well.

“All the players have been different class.”