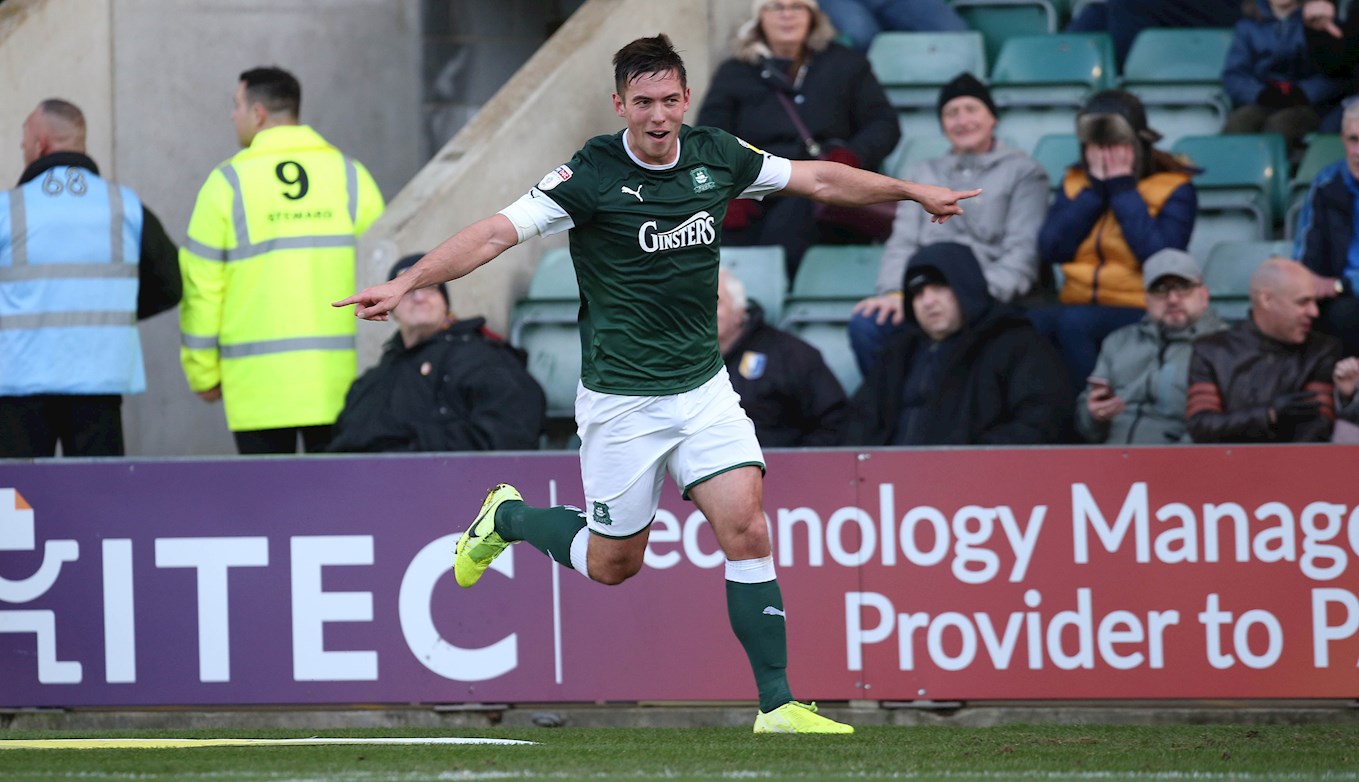 Delivering At Both Ends

NIALL Canavan delivered at both ends of the pitch to help Argyle secure another valuable three points in Sky Bet League Two at Home Park.

The Greens survived some early Mansfield pressure before Niall rose highest to head home a deep cross from George Cooper and then produced a goal-saving challenge at the other end as the Pilgrims went on to win 3-1 with further strikes from Antoni Sarcevic and Ryan Hardie.

The Canavan contribution has been vital this season, not just defending and scoring goals, but also with his distribution at the back.

“It was a great block on the line as well and he has been instrumental,” said manager Ryan Lowe. “I’ve been getting on his case to score more goals because of the size of him.

“We’ve worked on stuff in training to get Naz [Niall] free and he’s certainly done that of late. He has been solid as a rock, he makes us tick, he gets on the ball and makes us play.

“He’s on the ball, people are rotating and moving, hence he can make that pass. He didn’t have that pass in the first 15 minutes but the character of the boys was different class, along with Naz.”