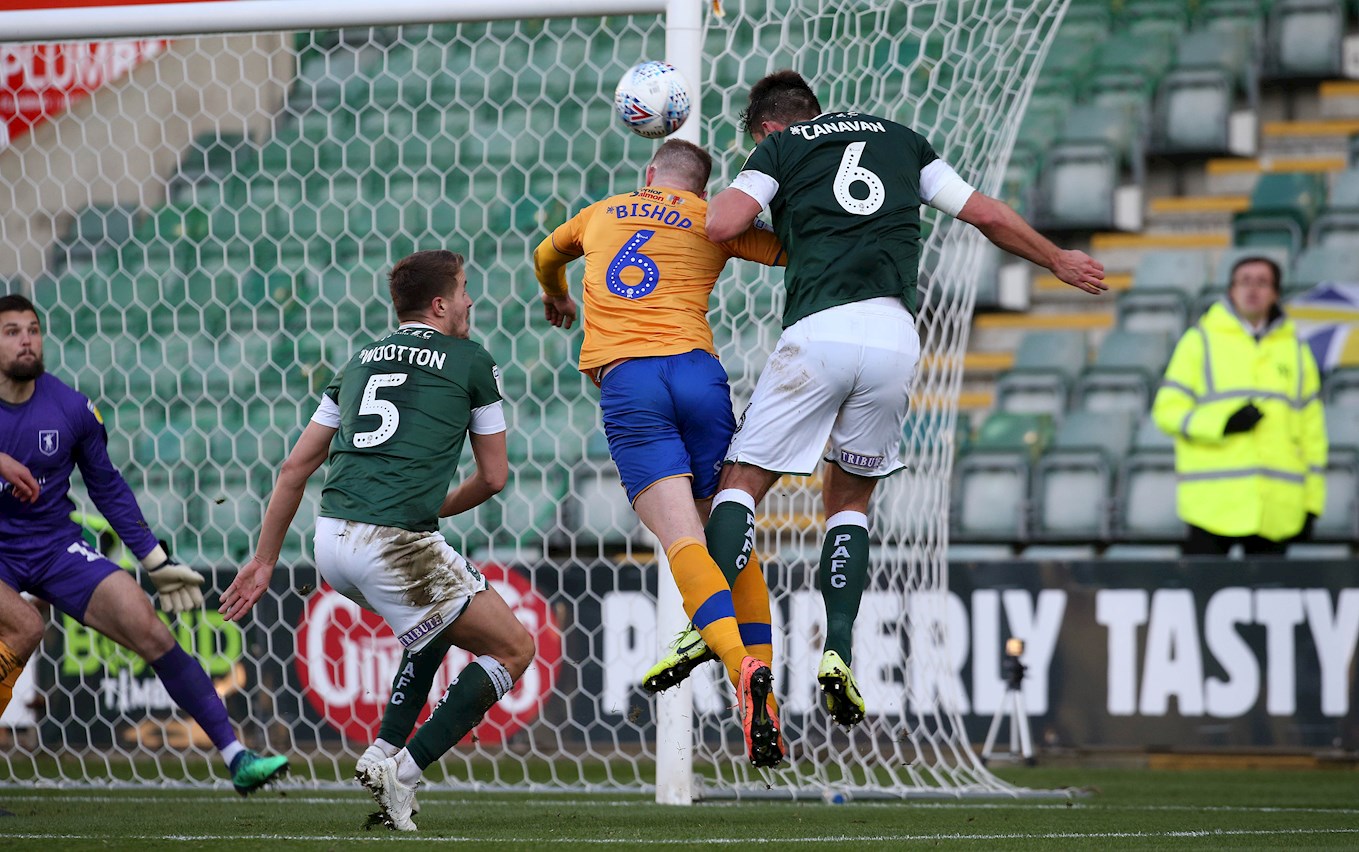 ARGYLE defender Niall Canavan has revealed how both sides of the game, scoring goals up front and preventing them at the back, are just as important as one another. For him, though, there is no preference – ‘it’s just doing your job’.

For Naz [Niall], both sides of the game mean a lot to him. Take his recent endeavours in the 3-1 win over Mansfield, where he got the opening goal of the game and produced a goal-saving challenge to deny the Stags from reducing the deficit. For him, however, these elements are all part of the day job.

“They’re quite equal to be fair - they’re essentially the same thing,” he said. “One is keeping it from going in your net and the other is putting it in the back of theirs. They’re definitely equal and the timing of them was key as well. I can’t put one above the other, it’s just doing your job.

“It’s nice to have people expect things of you and when you know that you’re capable of it, it’s certainly a compliment.”

Although he has recently made headlines for being amongst the goals, Naz has ensured that he doesn’t leave his post unattended, providing suitable cover and feeling confident going forward.

“We leave Byron [Moore] at the back, I’ve not seen many outrun him yet.” he said. “He does give you that sense of confidence. You go up there with the intention of scoring and there’s little chance of them going up the other end and scoring past you.”

“That’s the best way to deal with that and it gives the boys confidence that we can get after it, stay up there and keep the pressure on the opposition, something the gaffer isn’t always too pleased about.

“We’re up there, however, and we want to stay involved and try and do our bit up the top end as well.”

Argyle’s no.6 was also very keen to praise his team-mate George Cooper for providing the all-important assist for his sumptuous headed goal against Mansfield.

“I just told him to kick it at my head, basically. Don’t be too delicate about it, just put it in there and, if we don’t get there, then that’s our fault,” said Naz. “They put it in the right areas, then we’ll have the incentive to go after it and hopefully we stick a few more in the back of the net.”

Niall will be looking for more of the same at both ends of the pitch when Argyle travel to Stevenage in Sky Bet League Two on Saturday.