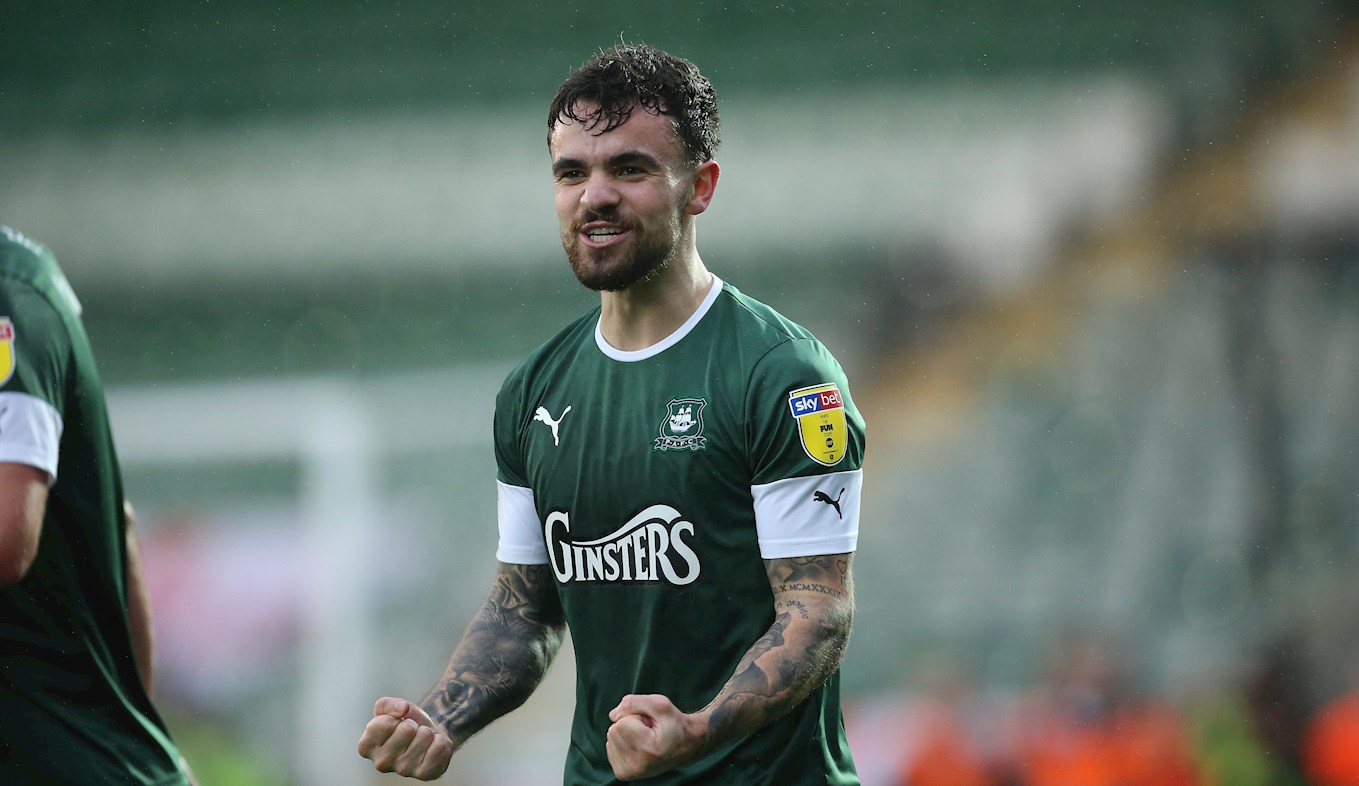 DOM Telford went from goalscoring hero to the height of frustration in Argyle’s 2-1 defeat at home to Swindon Town on New Year’s Day.

After recovering from a niggling injury that has prevented him from sustaining a run in the team over the first half of the season, Dom was given his chance to impress by manager Ryan Lowe and duly delivered an excellent headed finish for the opener on 22 minutes.

Less than 10 minutes later, the lively striker felt a tightness in his hamstring and had to be replaced by Billy Clarke for the rest of the game, with Ryan awaiting a full diagnosis on the extent of the injury from physio Dave Galley.

“We don’t know yet, he felt his hamstring and we took him off,” said the boss. “I tell the boys to not be a hero and stay on. It’s early doors, so we don’t know yet.

“We’ve got a bond with all the players and they speak to us, open and honest. Dave’s had a look at him, he felt nothing go, just felt a bit tight. We’ll have to address that and see how it is.

“He looked lively, scored a good goal and you’re thinking ‘go on son, go and get a couple more’. I feel that, if he’d had a couple more chances, he probably would have scored, but it’s all ifs and buts.”