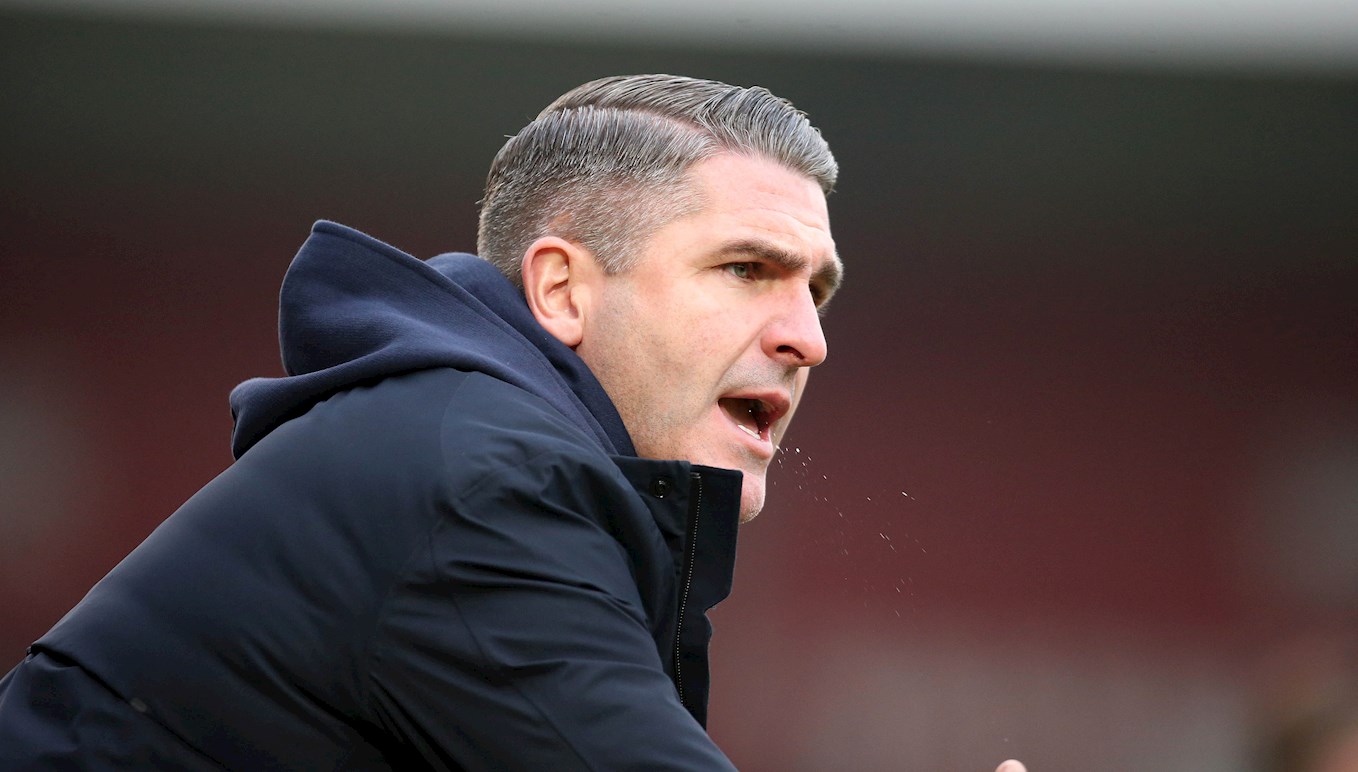 ARGYLE’S win at Stevenage on the weekend, like all games in Sky Bet League Two, was a case of earning the right to play our brand of football.

The Pilgrims had to win the fight first before getting into full gear with the possession-based approach that has made Ryan Lowe’s Pilgrims so attractive to watch.

Second-half goals from Byron Moore and Ryan Hardie set the Greens on the road to a 2-1 win at the Lamex Stadium, and Argyle will again have to earn the right when Crawley Town visit Home Park tomorrow night.

“We had to earn the right to play the way we wanted,” said the gaffer. “There were times when we weren’t able to, they [Stevenage] got in our faces.

“Once we got the ball moving around, took that extra touch and lent an extra pass, it shines through. We had to show a different side to us, and that was aggressive, determined, solid and resolute.

“We didn’t take extra passes [in the first half] and we were sort of going long. For the first 30 minutes, we were ok, we weren’t great, but we still felt we would get a chance to score.

“They had a deep block and we couldn’t break them down, but I think it was around 40 minutes when we had a spell of around 40 passes, and I thought we were going to score then. In the second half, we changed one or two things around and went on to win the game.”

Moore’s expertly-taken opener came immediately after the restart but Green momentum was briefly halted by a floodlight failure that saw the game halted for 10 minutes,

“It [the first goal] came before the shambles of the floodlights but there was nothing we could do about that,” said Ryan. “I’m not disrespecting Stevenage by saying it was a shambles, I just thought we could have carried on because it was still light.

“We were on the ascendancy and trying to get another one, but our lads were terrific and did everything we asked. The lads wanted to carry on and so did they [Stevenage], but I’m more pleased with how the lads reacted.”

After Hardie added the crucial second, Stevenage fought back to grab a goal back through Charlie Carter but the boss never felt overly concerned that his troops would surrender the lead and three more points that took us into the automatic promotion spots ahead of the Crawley visit.

Ryan said: ““We knew they were going to put the ball in the box at every opportunity but was I concerned [when they scored]? No, earlier on in the season I might have been concerned but I know what my lads are capable of now.

“They were solid and resolute, and sometimes it’s hard when balls are coming into the box, but they were terrific.”