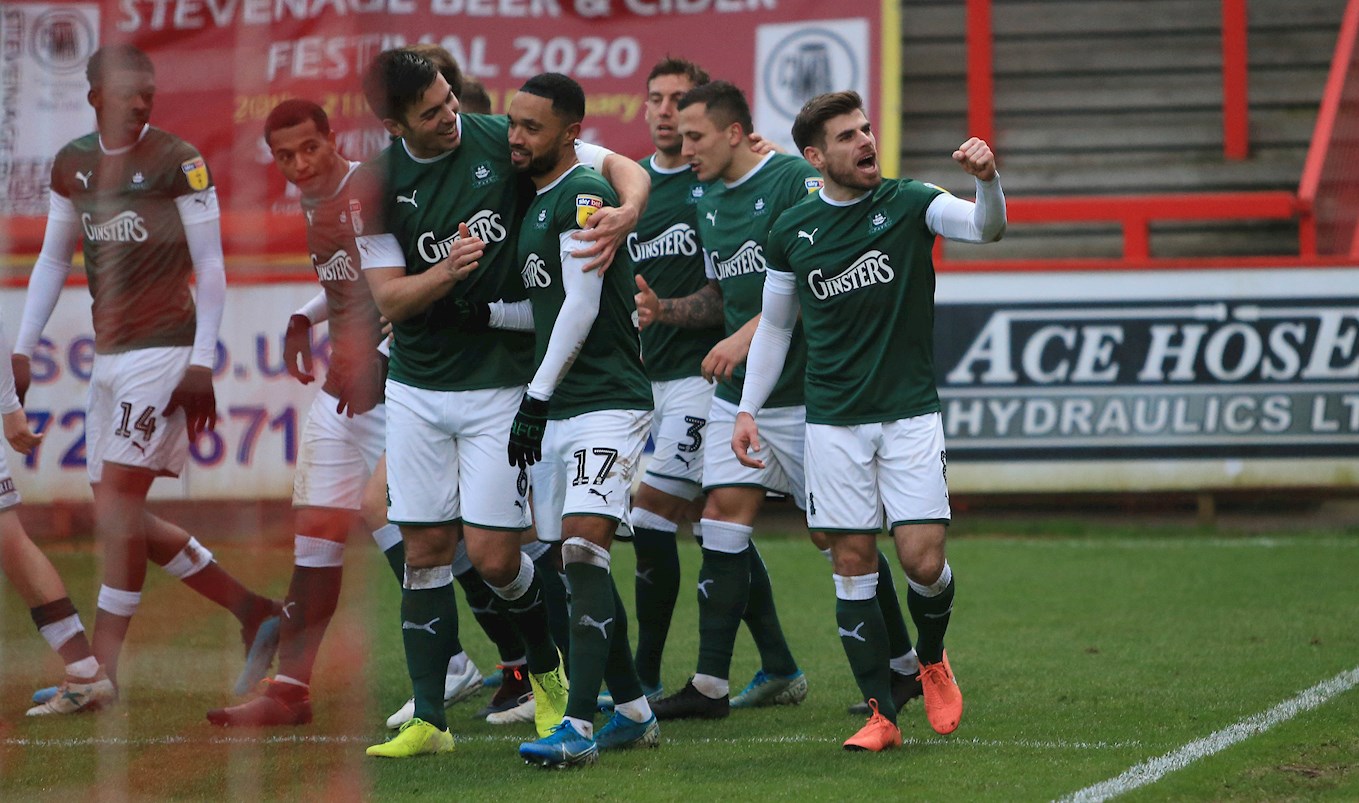 Fighting For Each Other

TACTICAL tweaks and a fighting spirit provided the platform for Argyle to record an excellent 2-1 victory at Stevenage in Sky Bet League Two.

The home side are scrapping for their lives at the bottom of the division and worked extremely hard to combat the Pilgrims, but Ryan Lowe’s Greens matched that fight to score two well-worked goals in the second period.

After making some slight adjustments to the passing rhythm at half-time, Argyle grabbed the lead through Byron Moore and a second from Ryan Hardie confirmed the three points, despite a Stevenage consolation by Charlie Carter.

“I am [delighted], Stevenage is a tough place to come, we’ve been saying that all week to the boys, with the way they are and the way they set up,” said Ryan.

“What a performance our lads are putting on, they’re fighting for each other. We conceded a late goal but to get two goals the way we did today, with our calming influence on the ball, we looked a good team.

“Sometimes it’s tough when you’re playing against a team like Stevenage because they don’t allow you to do that [pass the ball]. We stuck to the plan, we kept going and we got the two goals and the rewards.

“We were trying to go a little too long and the pitch is not that big, so we said to them at half-time to come shorter but sometimes you have to give the opposition credit. Stevenage were excellent all the way through the game and tried to manage it the best they could, but we nullified their strengths.

“It’s hard to get information on to the boys because there are loads of people here, our fans are screaming, and to get little tactical tweaks and transition periods [is hard].”