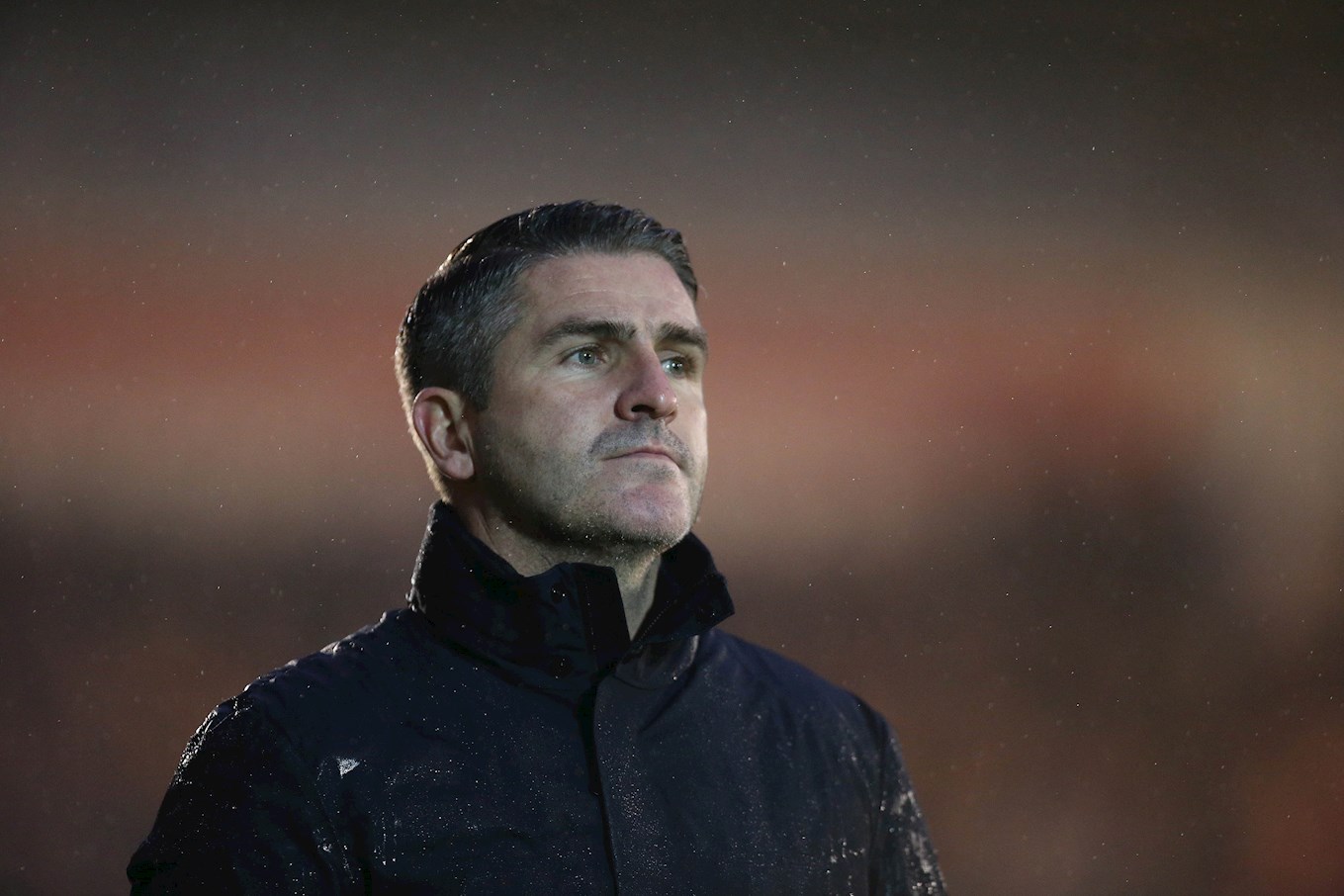 FINISHING our chances will be the premier objective for Argyle as we head into the New Year with a long trip to Scunthorpe United in Sky Bet League Two on Saturday.

Once again, the Pilgrims created a number of good opportunities in the New Year’s Day loss to Swindon but were unable to build on the excellent early headed goal from Dom Telford, allowing the Robins to eventually inflict a 2-1 defeat that did not match the balance of play.

While it was a frustrating outcome for Argyle, manager Ryan Lowe remains pleased that his players are getting in the right positions to have a chance of scoring, most notably midfielder Antoni Sarcevic on a few occasions against Swindon.

“We work on it every day and I don’t need to talk about movement or patterns of play because that is evident to see,” said Ryan. “What’s not evident is someone putting the ball in the back of the net, which is not happening often enough.

“The lads know that and they’re disappointed, but someone needs to step up to the plate because that’s what we will fall short on if they don’t. We will get back on the training ground, back to work and go again.

“We worked on stuff for Sarce to run off their midfielders and he got in some great positions, almost too good. Sometimes, when you’ve got time to think, they’re the hardest ones. The ones that come quick and natural can be easier.

“There is no blame on Sarce, he’s been excellent for us and got in good positions. On another day, he scores two. He’s disappointed but we lift him up, and you’ve got to be in there to score. We’re getting in there, just not scoring at the moment.

“I’m pleased that they’re doing it but I’ll be even more pleased when they start hitting the back of the net a bit more often. The style of play I want means we will always create chances but we have to go on a little run of scoring.

“It’s no secret, we know what we’re looking for and there is no way I’m going to have a pop at my defenders or the ‘keeper for not keeping the ball out of the net because they’ve been phenomenal. They’re waiting for a bit of a chill-out time at the back when the goals are going in.

“We know what we need, what we want and I’m pleased that we keep playing the style of football. Will someone pop up with 10 or 15 goals between now and the end of the season?”

While the challenge is set for Argyle’s current crop of forward players to start finding the net more often over the second-half of the campaign, Ryan also the option of bringing in fresh firepower in the January transfer window.

“The rest of the leagues are looking for that and it’s hard,” he said. “We’ve got a recruitment policy in place and we’ve had loads of names, but it’s about the right one. I’ve got to go for someone who is proven in scoring, whether that’s in under-23s football or in the league, but every team is the same.

“It’s got to fit what I want and it’s alright saying we’ll just go and pluck a lad from the Conference who is scoring goals – is he going to do that in league football? We’ve got to make sure we get the right one.”