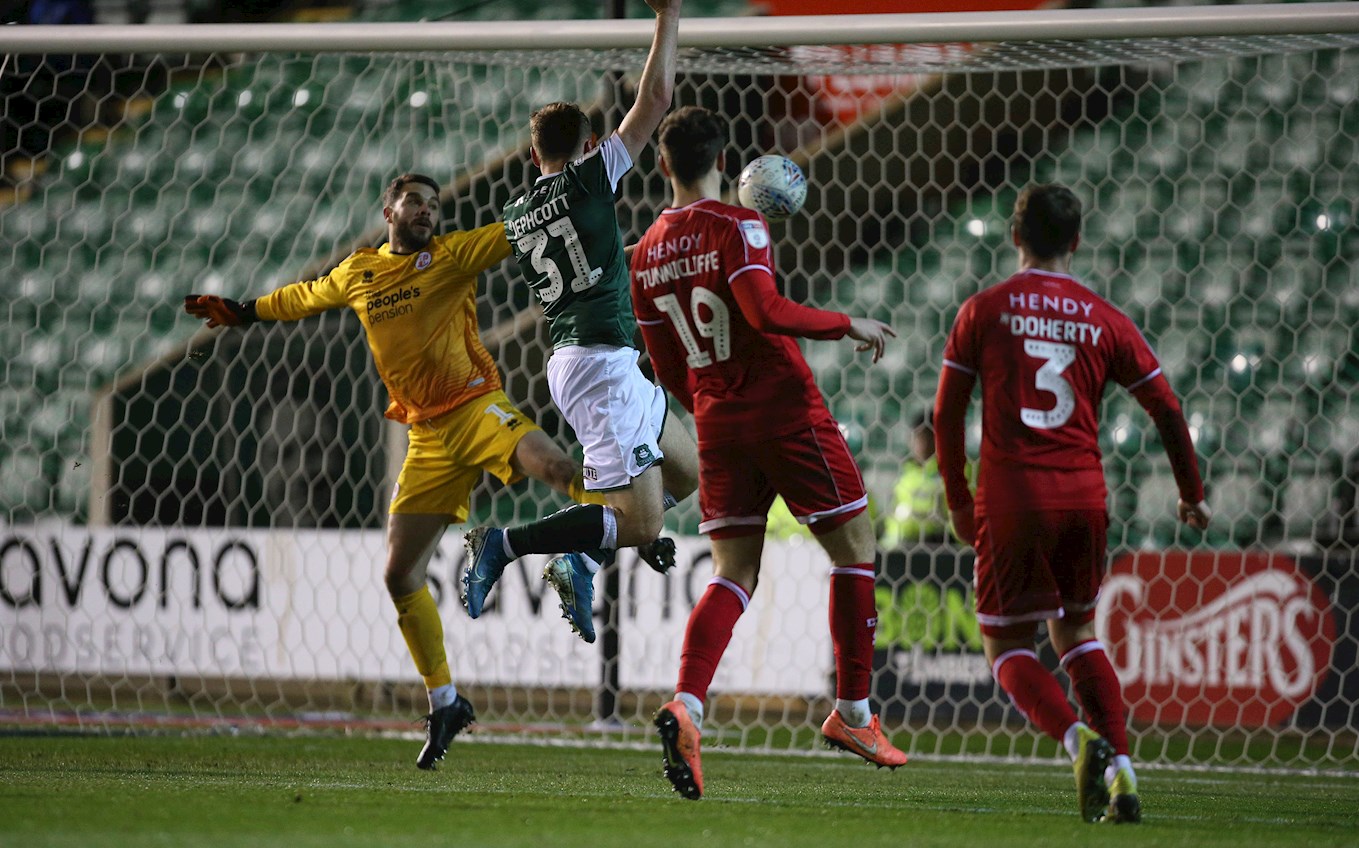 THE goals of Luke Jephcott continue to be the January highlight in Argyle’s striking department, as he made it five in five appearances after coming off the bench to score a fine header in Tuesday’s 2-2 draw with Crawley Town.

The Greens had drawn level with the Reds through a penalty from Antoni Sarcevic and looked to be heading for three valuable points in the Sky Bet League Two promotion race but Ollie Palmer snatched an injury-time draw for the visitors when he nodded in his second goal of the evening.

While it would have been great for Luke to score the winner with his first Home Park goal, it has still been a fantastic month for the young striker who spent the first half of the season on loan at Truro City.

Luke started on the bench against Crawley, as manager Ryan Lowe opted to give loan signing Ryan Hardie his first start as a Pilgrim. Hardie has bagged three goals himself this month and also had the chances to match the Jephcott tally.

“Luke is still a baby, he’s played around 20 games for Truro in a tough league, a man’s league, and been kicked from pillar to post but scored a lot of goals,” said the gaffer.

“He then came back [to Argyle] and played so many games in so many weeks, and scored goals, but a manager once told me that when they are on a hot streak, you have to take them out to save them. To leave him out is my selection and what I get paid for.

“Luke’s done fantastic and we gave Ryan a opportunity because he’s come off the bench and scored goals. That’s what I want my strikers to do – make an impact.

“It was the other way round [against Crawley], a great header and great positioning. Luke is a fantastic asset and he’ll keep scoring goals because he gets in the right place.

“It was a lovely cross from Byron [Moore] and Luke was in the right place at the right time to get another goal. I was buzzing for him to get his first goal at Home Park but it would have been nice to celebrate a winner.

“We’re chuffed for him because he’s becoming a goal machine. He’s like a new signing and we’ve signed Ryan Hardie as well. Ryan could have had two [against Crawley] and that would have been the two of them on five each.

“He [Jephcott] has gone away, he’s got fitter and stronger, he’s analysed his game and analysed me as a manager to know what he’s got to give me to get in the team, so all the credit goes to Luke.

“We’ve got to play him down a bit, otherwise there will be speculation about clubs wanting to sign him. He’s our player and will continue to be our player for a long time, but we’ve got to make sure we keep him grounded.”

While Luke is justifiably attracting a lot of praise, the Greens were put in the position to potentially win the game by an assured Sarcevic spot-kick, and the powerful midfielder possibly could have scored another.

“That’s what Sarce gives us, he’s a confident lad and he had a couple of other chances, a header at the back-stick,” said Ryan.

The gaffer saved his final word for captain Gary Sawyer, who took a nasty blow to the face and had to be patched up by Argyle physio Dave Galley.

“He [Sawyer] is my leader and he isn’t coming off that pitch,” said Ryan. “I think he got a whack on his mouth and Dave has gone on there to look after him, the medics have looked after him and he’s fine. He might have a headache but he’s alright.”