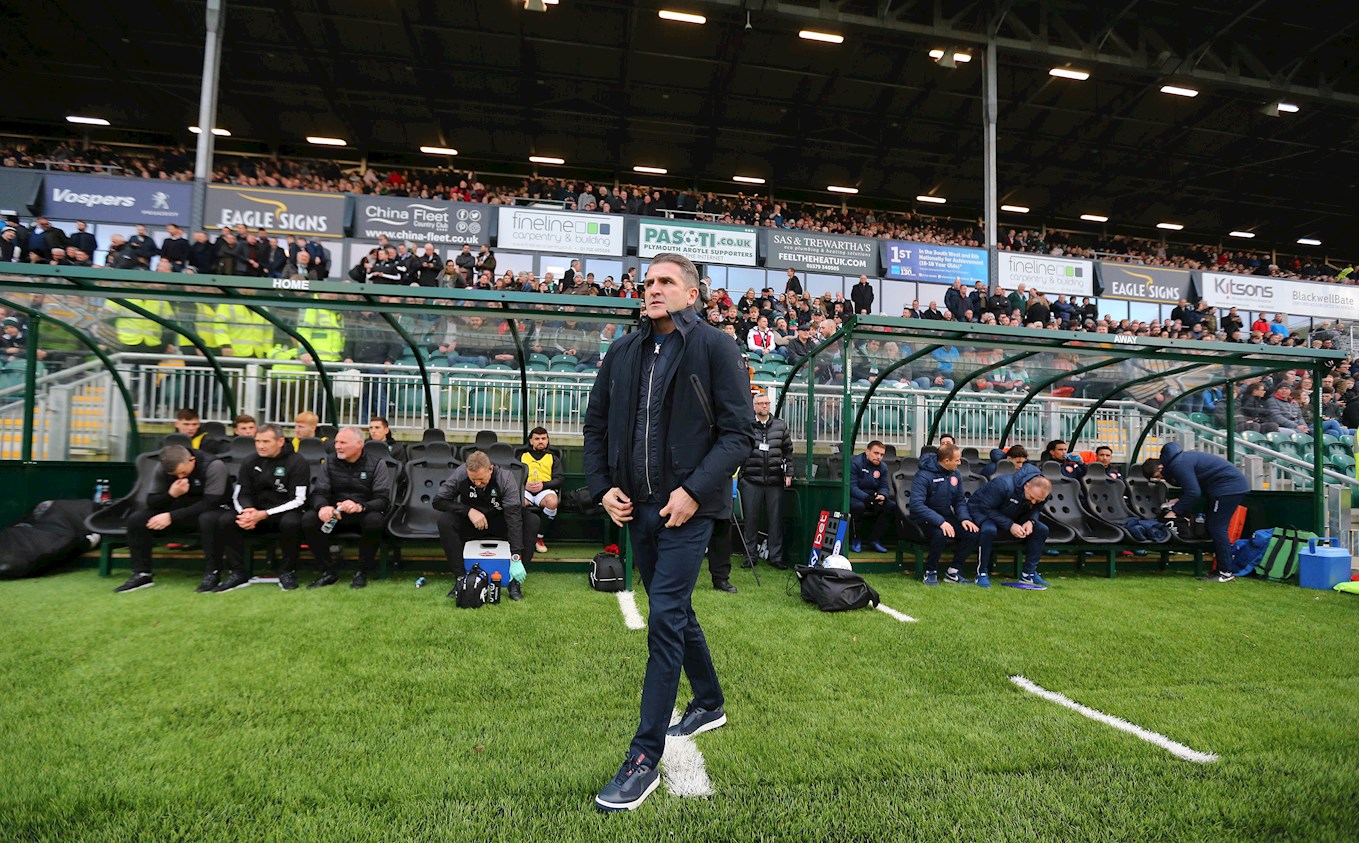 FOCUS on the football will be the message from Argyle manager Ryan Lowe to his players when Swindon Town arrive at Home Park for a massive game in Sky Bet League Two today.

The full opening of the magnificent new Mayflower Grandstand makes this New Year’s Day encounter a momentous occasion for the club and something for everyone to enjoy, from chairman Simon Hallett to the staff, supporters and club partners.

For Ryan and the players, however, three points are on the line and the chance to continue a superb run of form that has taken Argyle into the play-off positions.

“It’s going to be special but our focus will be on the football pitch,” said Ryan. “For everyone associated with the football club, it’s a big day to have the Grandstand officially opened.

“The Grandstand looks amazing, we’re pleased and I’m sure everyone who has contributed [will have a good day]. I know Simon Hallett is very appreciative of all the work everyone has done and a lot of people are greatly appreciative for what he’s done to put the money together. Hopefully, we can join together and have a good day, both parties, the football and the Grandstand.

“We’ve always known this day was coming and there was potential for a full house, but my lads have to be grounded because they’ve got a football match to win on the pitch.

“Forget the surroundings, forget the position we are in, it’s about putting on a show for the Green Army. It’s just another game against a good team in Swindon but a game where we’ve got 14,000 of the Green Army behind us.

“If you can’t get fired up for that, you shouldn’t be wearing the Green shirt, or any football shirt. They are all backing to us and I think our lads will rise to the occasion and put on a show.”