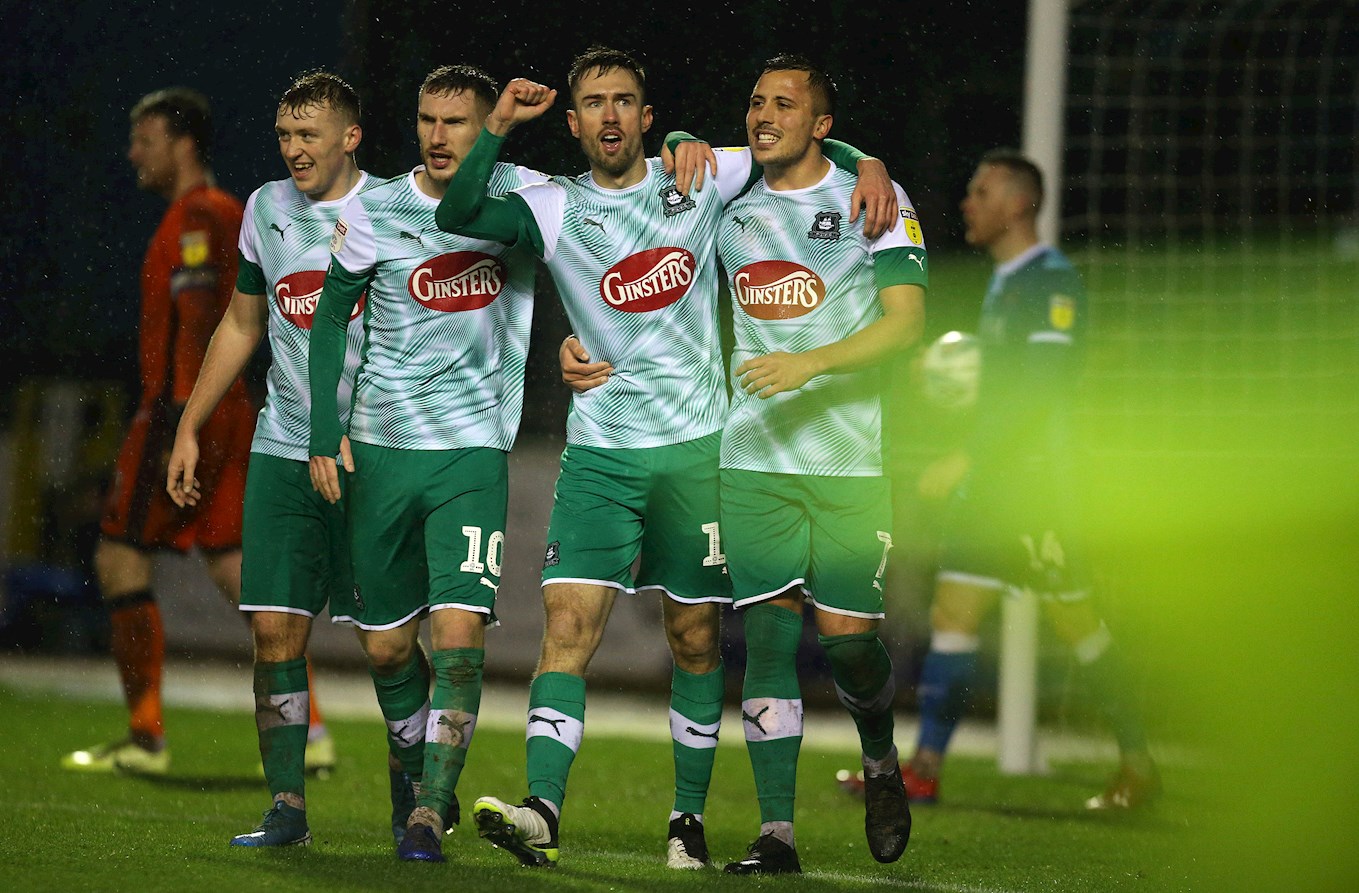 NEW signing Ryan Hardie took just four minutes of his debut to get off the mark as a Pilgrim in the comfortable 3-0 win at Carlisle United in Sky Bet League.

The loan recruit from Blackpool steered home the final goal of the day after Luke Jephcott had given Argyle a 2-0 lead and Hardie’s Home Park arrival came from thorough homework by the Pilgrim management team.

After watching Hardie impress for Blackpool in a reserve game against Fleetwood, manager Ryan Lowe moved delicately to ensure no rival clubs were able to gazump the Greens in acquiring the Scottish youngster’s loan signature.

“I watched Ryan a few weeks ago and he scored two cracking goals,” said the gaffer. “When I got confirmation he was available, we spoke to a lot of people, a lot of players and managers who had worked with him, and when you speak to the boy, he’s confident he could sniff a goal out.

“There was no question he wanted to be here because I think there were a number of clubs after him. He’s rolled his sleeves up, he’s come from one end of the country to the other, to help us and we’ll help him get back on track with goals.

“He wants to put everything into it and we’re grateful to Blackpool for loaning him to us. He knows the size and stature of the club, and he knows where we are trying to get to.

“I was at home and there were a few players at Fleetwood I’d spoken to [Fleetwood manager] Joey [Barton] about them possibly being available. I went to watch him closely and there were loads of people there.

“I watched his attitude, his application, his desire and commitment. I also wanted to know if he could score goals, which he did, and once we knew about him, we had to keep it close to our chest.

“When you get speculation, other people jump on the bandwagon and we’ve had that loads of times, which is why we try to play it down a little bit. I was pleased to see us linked with all these other players and part of me wanted to tweet back and say ‘no we’re not’, but I can’t.

“I think the fans trust in us, which I hope they’ll keep doing and you could see he looked sharp when he came on. We know what we’re doing, the recruitment side is very good and the football has been very good.”

The arrival of Hardie, coming around the same time as Josh Grant agreeing a new loan deal from Chelsea and a week after Tyreeq Bakinson came in from Bristol City, could well be the end of Argyle’s work in the January transfer window, but never say never.

“Unless one or two move out, we’re probably done now,” said Ryan. “We don’t want to get too many in and we’re up to five loans now. You can never say no more because if someone goes out and money becomes available, you never know.

“The chairman and Board of Directors have backed me immensely, and I’m very grateful for that.”