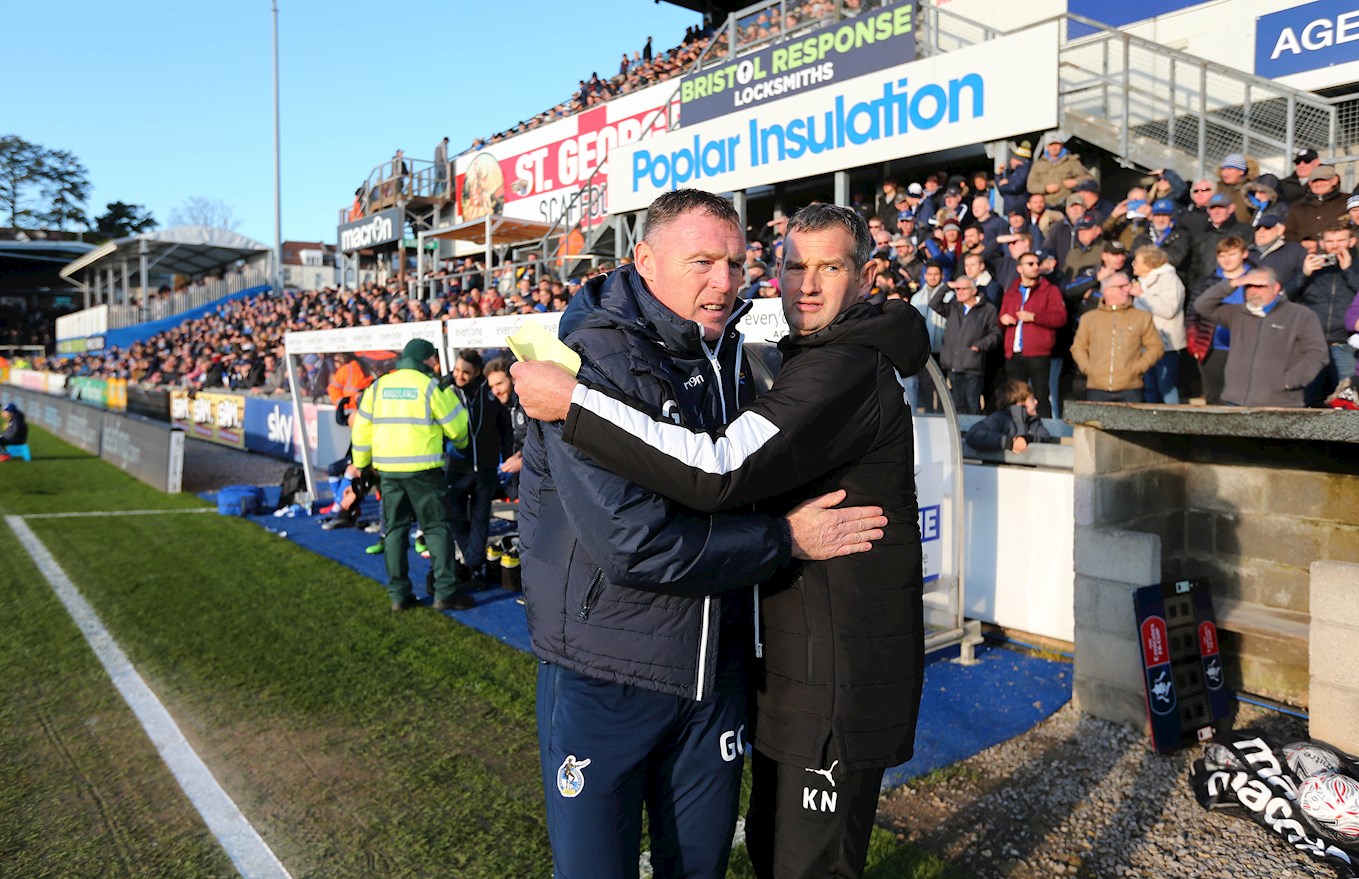 THE return of Graham Coughlan to Home Park with his new Mansfield team on Saturday has become a familiar occurrence in the current campaign.

The former Pilgrim favourite left his role as Bristol Rovers boss in December to become Mansfield manager but actually faced off against Argyle four times in the space of five months with Rovers.

After a pre-season friendly at Home Park, the Pilgrims and Pirates met twice in the FA Cup and once in the Leasing.com Trophy. Incredibly, the Mansfield visit doesn’t even complete the meetings between Cocko and Argyle manager Ryan Lowe, as the pair will join up again for a coaching course next week.

“I’m spending three days with him next week as well on a Pro License,” said Ryan. “Our first three days are Sunday, Monday and Tuesday. It’s a good course, we’ll be taking in England games in June for the Pro License and, if you want to be the best, you’ve got to have the best qualifications.

“Graham’s a good bloke, a good manager and did an outstanding job for this club as a player. We’ve got huge respect for each other but we’re locking horns against each other on Saturday.

“We take nothing for granted with Graham’s teams, he’ll have them well organised and probably looking to get some new signings in.

“We respect each other but it’s not about me and Graham, it’s about the two teams. We’re in the dugouts as the managers and we’ll respect Mansfield, they’ve got some fantastic players and we know it’s going to be a tough encounter.”

The move to Mansfield for Cocko came after former Stags’ manager John Dempsey was dismissed before Christmas and the new man in charge will be looking to inject some confidence into a Mansfield side struggling for consistency.

“It’s not nice when people lose their jobs and Cocko has already said he wants to make changes,” said Ryan. “He’ll put his own stamp on it and bring in players he feels are right for him.