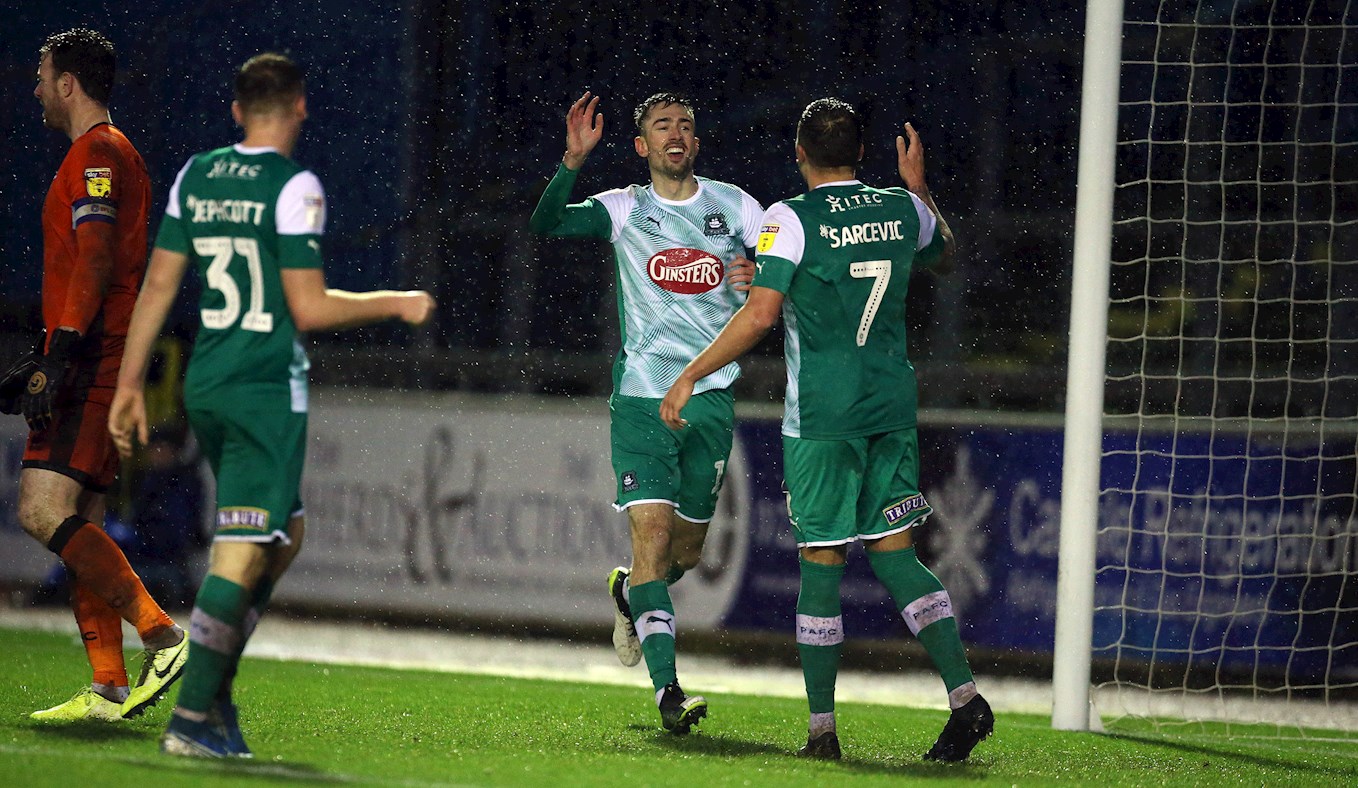 RYAN Hardie had a Sky Bet League Two debut to remember at Brunton Park with the crowning goal, which topped a fine afternoon for the Pilgrims in a 3-0 win over Carlisle United.

Argyle’s newest recruit, who arrived this week on a loan deal until the end of the season from League One Blackpool, marked his second-half cameo with the afternoon’s third goal a matter of minutes after stepping off the substitutes bench following a second successive brace from in-form Luke Jephcott.

“It [the goal] was four minutes, [after I came on], I was just happy to get on the pitch and seeing the way the team were playing, they created lots of chances. I was eager to get on and, thankfully when I got on, I got the goal,” said the Scottish striker.

“I've just peeled off the centre-half and he [Danny Mayor] has laid me in. There was a gap and I've hit it early before the ‘keeper could set himself. It was just a great feeling to score a goal again.”

It is plain to see that chances come aplenty within Lowe’s ranks and Hardie says if it’s not him, he wants his strike-partner, in this case Academy graduate Luke Jephcott, to keep on finding the back of the net.

“I said to him [Jephcott] as soon as I went on to try and get your hat-trick,” said Hardie. “I'm as happy to see anybody else score as I am myself. When the chances are there, whoever is playing up front will always get a chance to score.

“I was eager to get on and the team were creating loads of chances, I knew when I got on, if there's a chance, then there's always a good chance I'll score. I think what convinced me most is he [the manager] said we create 22 chances a game, so if I get 22 chances a game, I'm going to score a few goals. It’s great to work under an ex-striker as well, he can help me out and take me to the next level, hopefully.”