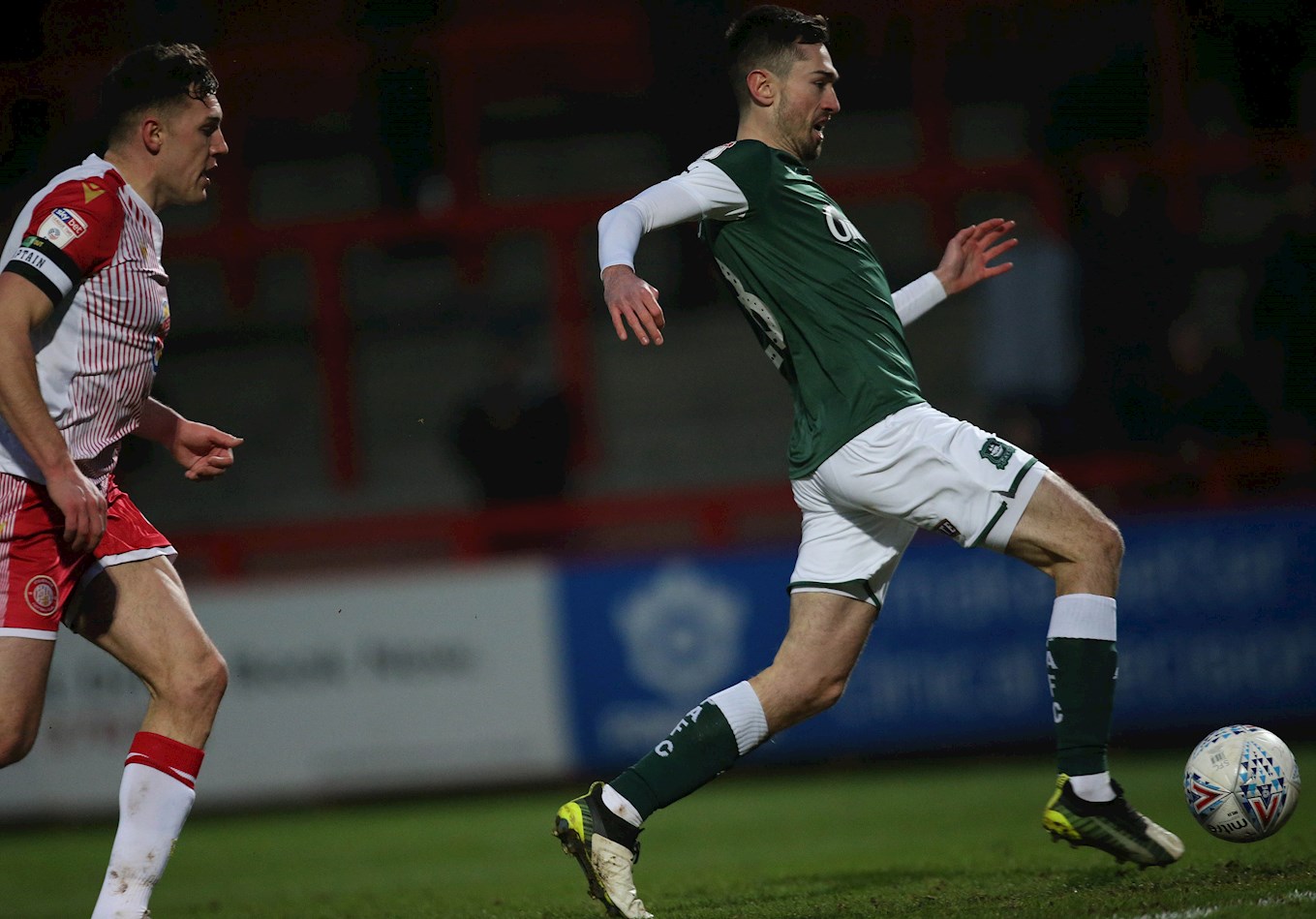 The young Scot again emerged from the bench to score a decisive second in the 2-1 win at Stevenage in Sky Bet League Two and manager Ryan Lowe was naturally delighted with his contribution.

“His attitude and application since he came has been brilliant,” said Ryan. “He wasn’t fully match-fit, although he had played some games.

“I said to him that when he does play, he’s got to score, and he knows the situation. He’s hungry, he’s enthusiastic and he’s probably got a point to prove that he can score goals.

“He is borrowed to us at the moment and he’s performing when coming off the bench. There will be a time he has to play [from the start] and he’s a good kid. He’s learning every single day and he’s putting the ball in the back of the net.”

The Hardie success story is running parallel to the achievements of young striker Luke Jephcott, who has started all four Argyle games since returning on loan from Truro, scoring four goals in the process.

While his goal-chances were limited at Stevenage, the gaffer was delighted with Luke’s all-round play against a tough and seasoned home defence.

“Luke Jephcott was fantastic in holding the ball up and getting headers against their big defenders,” said Ryan.

“He didn’t have many chances but the kid’s done terrific and so has Ryan, and whoever plays in those positions. It’s what we want; we’re a team and we’re building.

“It toughens him [Jephcott] up and that’s why we sent him out to play non-league. Did their centre-halves get the better of Luke Jephcott? I wouldn’t say they did.

“They are big bruising centre-halves and I though Jeph held the ball up well. He gave it away once or twice but that’s going to happen. His flick-ons and headers were fantastic, he didn’t have a great deal of chances but that’s what happens.

“He did the hard work for 70 minutes and then [Hardie] comes on to get the goal.”