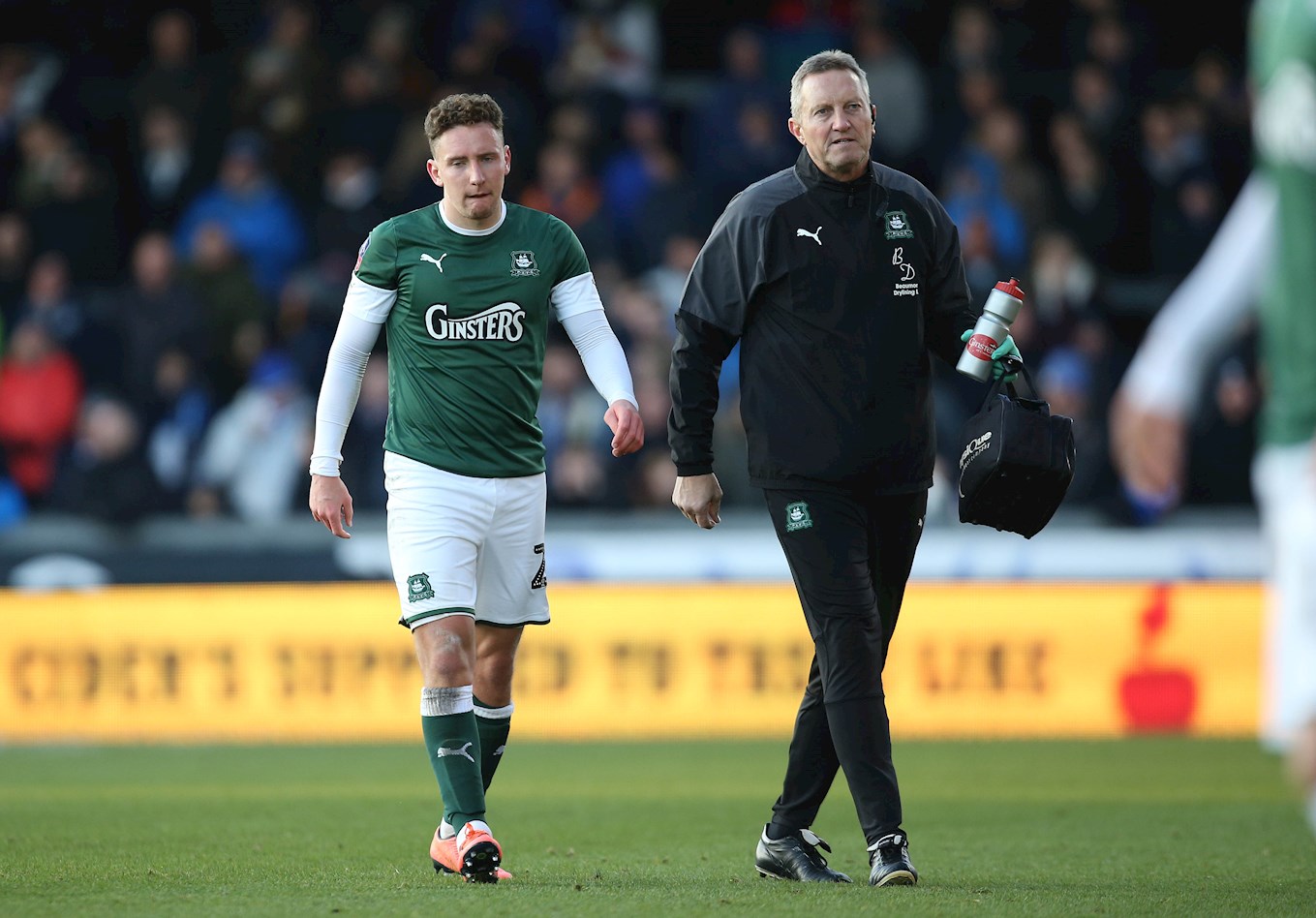 THERE is light at the end of an injured tunnel for a number of Pilgrims battling back to full fitness.

Strikers Dom Telford and Ryan Taylor are both making good progress and could return to training very soon, while Callum McFadzean and Will Aimson are also on the road to recovery.

Taylor has been wearing a protective boot on a foot injury and Telford is working on a hamstring problem. Fadz injured his knee at the start of December and Aimson has been struggling with a pelvic injury.

“Tayls has come out of that slipper he was wearing, so he’s alright now and doing some jogging,” said manager Ryan Lowe.

“Dom Telford is training with [head of fitness and conditioning] John [Lucas], him and McFadzean. He [Telford] will start full training on Monday and will be back and available for Stevenage [on January 25].

“McFadzean will probably be 10 days away from him. Will Aimson is looking at probably the first week in February and Tayls will be anytime in the next two weeks.”