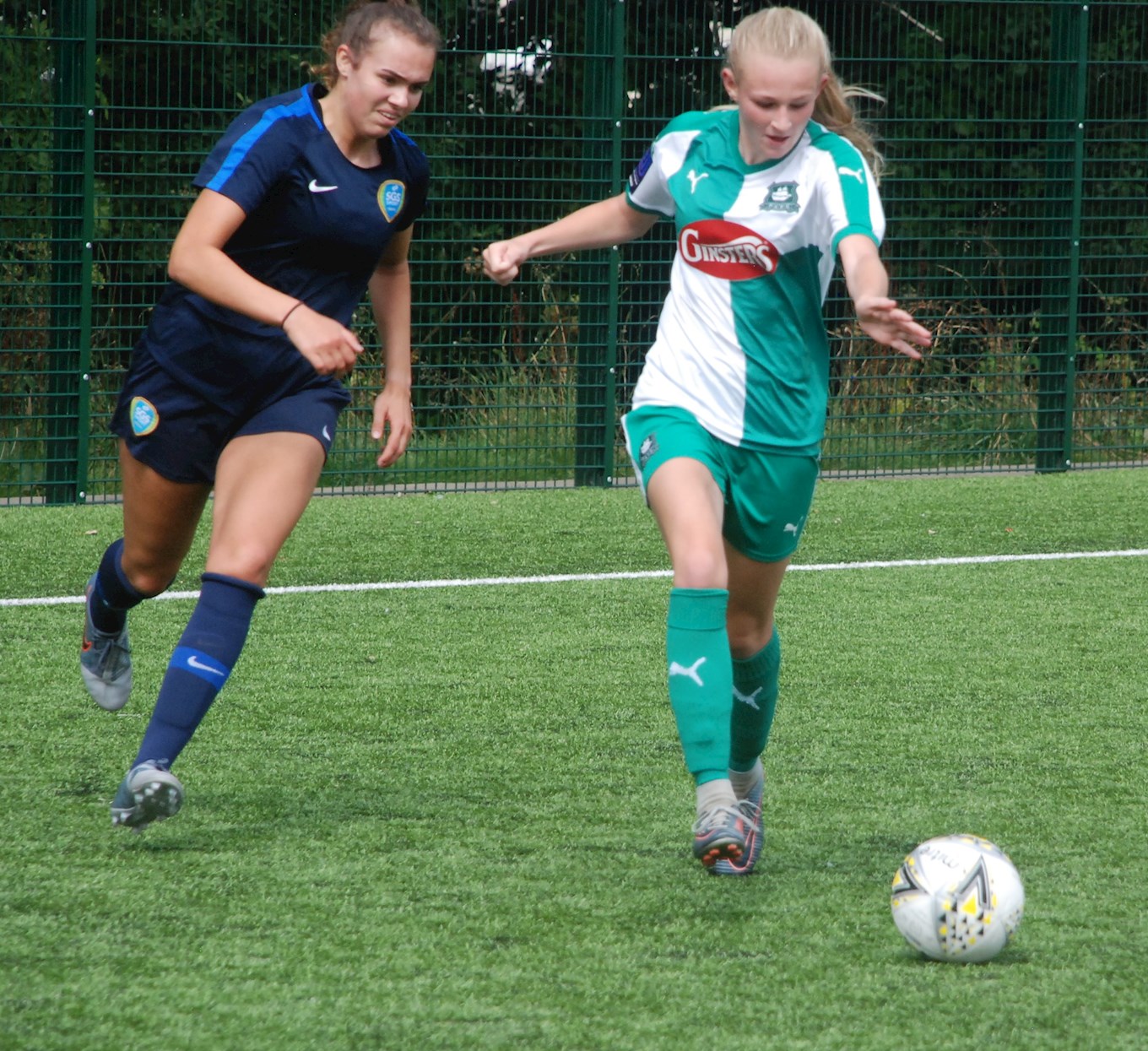 Ladies in the Plate

ARGYLE Ladies go into Sunday’s National League Plate competition quarter-final at home to Stevenage in good heart following their 8-1 drubbing of Buckland Athletic on Wednesday to reach the final of the Devon Senior Cup.

The midweek tie was switched to Marjon University and Argyle cruised to their second win against Buckland, thanks to goals from Natasha Knapman (2), Mollie Taylor (2), Leah Burridge, Steph Beck, Bow Jackson and an own goal. Argyle will meet Exeter City in the final, which will be played on May 15.

Stevenage are an unknown quantity to the Greens and they are having a mixed season in the FA Women’s National League South-East Division, lying in eighth position. Stevenage were beaten 7-0 by Yeovil Town in the National League Cup to compete in the Plate Competition, where they have won both away ties 3-2, at Ipswich Town and Maidenhead United. Argyle reached this stage by beating Buckland Athletic (7-1) and Wimbledon (3-1).

It has been a headache for Argyle boss Dave Leonard, as Devon rules meant that Argyle were down to just 12 eligible players when they played their Devon cup tie. What has pleased him though, is that some players who have not had much playing time of late have stepped up. Thankfully, Leonard can call on youngsters Lucy Solloway and Beth Everson to bolster the squad for this tie.

The news on injured midfield pair Kayley Lane and Becky Dandridge is that both have had a scan on their damaged knees and are awaiting the results. Leonard said: “Thankfully, we got through the Buckland game unscathed. We had Stevenage watched last week, where they beat Watford Development 2-0, but it is about what we do. Try to be positive in possession when we have the ball, it's our home game and we have got to take the game to them.”

The Stevenage game will played at the Manadon Hub on Sunday, kick-off 2pm.

The Development team are hoping they can get their season up and running again after a string of postponements, when they take on one of the league favourites Plympton. This is a fixture that is always filled with excitement but the dynamics of the teams have changed dramatically.

Due to the transition within the squad of last season’s league winners at Argyle, Plympton have the more established look about them. It will prove to be another stern test for the improving Pilgrim youngsters in what should be another actioned packed encounter.

Manager Rob Bonney gave his pre-match thoughts saying: “First of all, it will be good to play again after such a long lay-off. Secondly, it will be a great test for our girls, who ran Plympton close in the first encounter. Our girls are a confident group and they know they will have to be at their very best tomorrow.”

Due to the grass pitch at Manadon being out of bounds, the game will be played at Plymstock School on the 3G with a 2.30pm kick off.