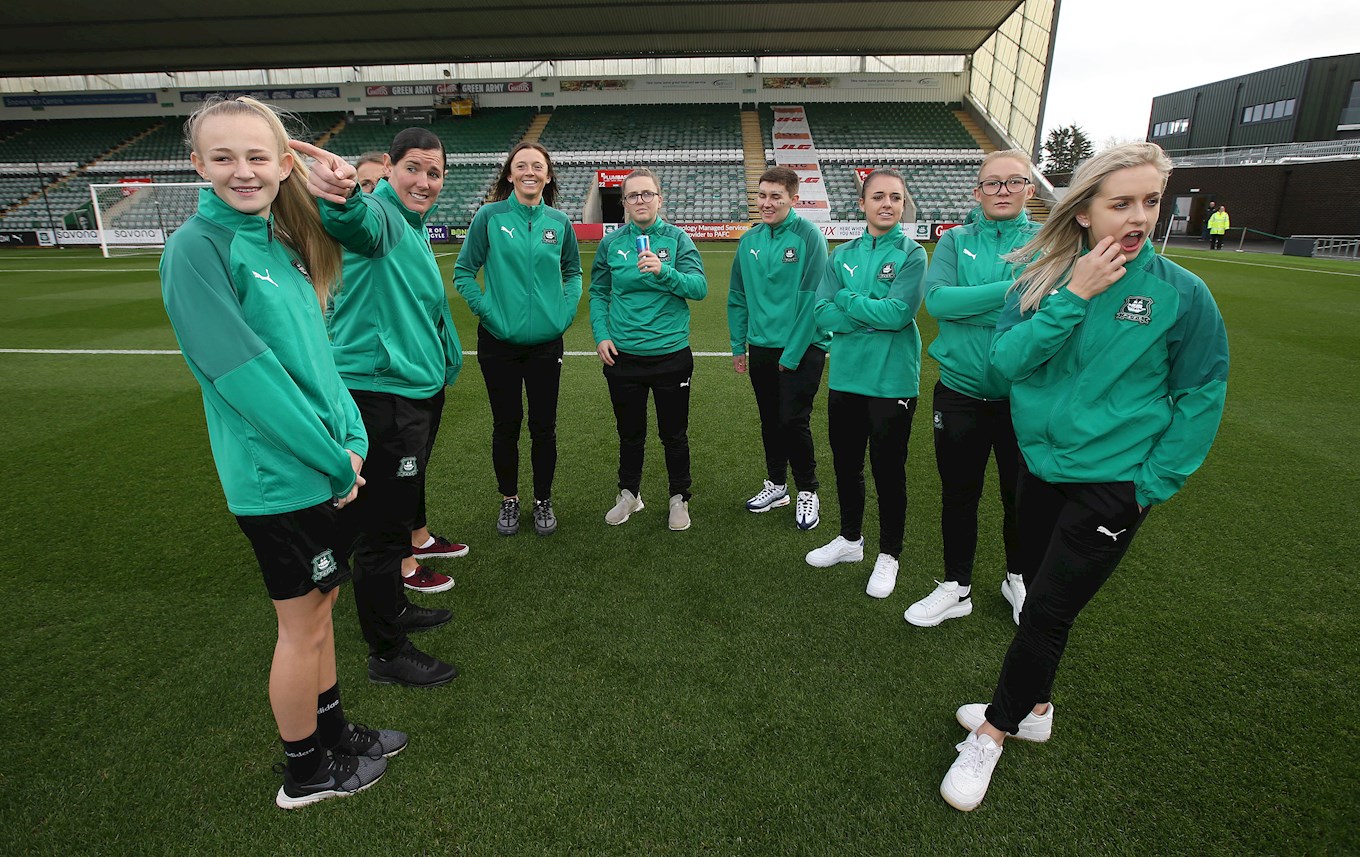 Ladies Out of the FA Cup

A WEAKENED Argyle Ladies exited the FA Cup at Watford, despite putting in a battling performance with an injury-hit squad.

The Pilgrims went into the game with their midfield decimated, so getting a result at the league leaders was always going to be difficult. Manager Dave Leonard had already lost midfield dynamo Jessie Jones who has moved overseas, but with Becky Dandridge, Kayley Lane and flying winger Amber Pollock also out injured and Helen Bleazard having to take a place on the bench, the task ahead was huge.

Argyle welcomed back goalkeeper Ben Kyle from injury, which enabled captain Katie Middleton to resume her role in central defence. The Greens started with a 3-5-2 formation, with Lydia Huntley, Mollie Taylor and Middleton at the back, Bow Jackson, Ebony Dover, Leah Burridge, Steph Beck and Faye Ivall in midfield and Zoe Cunningham and Natasha Knapman up front. On the bench were Bleazard, and teenagers Nelinha Barros and Beth Everson.

Watford started on the front foot and Kyle bravely saved from Helen Ward, with the Welsh international heading the rebound wide. Middleton then came to the rescue twice with great interceptions.

The Hornets eventually took a 29th minute lead through Kate O'Leary, who headed in an Ocean Rolandsen cross. Two minutes later, Cunningham rattled the home crossbar but, just as Argyle were getting a foothold in the game, Watford grabbed a second when Helen Ward played in O'Leary, who beat Kyle with a near-post strike for her second goal.

It was almost 3-0 just before half-time when Ward just failed to get on the end of an O'Leary through-ball and Middleton then bravely denied Alysha Stojko-Down's goalbound strike.

The pressure continued in the second half and inside three minutes of the restart, Andria Carid Can created the opportunity by finding O'Leary, who headed in her hat-trick goal. Argyle responded with Ivall being denied by a good save from Chrissie Wiggins.

The Pilgrims then saw Knapman collide with Wiggins and after a few minutes was unable to continue, replaced by Everson. Teenager Nelinha Barros was given her first taste of first-team football when she replaced Bow Jackson.

Watford continued to look dangerous, as Rolandsen found Ward, who shot narrowly over. Kyle then made a superb save to deny Ward in a one-on-one situation. Unfortunately, the scoreline took a harsh turn in injury time, when they conceded two more goals, with Ward smashing the ball past Kyle to make it 4-0 and Danielle Scanlon firing in from distance.

Disappointed manager Leonard said: “We never troubled them, it was damage limitation, we were off it, looked tired and nowhere near it. I am not blaming being five players different from when we last played them but, as a squad, we need to do more as a team to compete with teams at that end of the table.

“Watford are a decent team but we didn't compete against them. It's not the end of the world, you always learn more in defeat than in victory. We need to do more as individuals to compete at this level.”

Leonard also revealed that Knapman had suffered a dead leg but should be ok for Sunday’s match against Crawley.

Argyle’s Development team faced a blank Sunday as their South-West League Western Division match at Feniton was called off, as their pitch at Ackland Park was deemed unplayable.