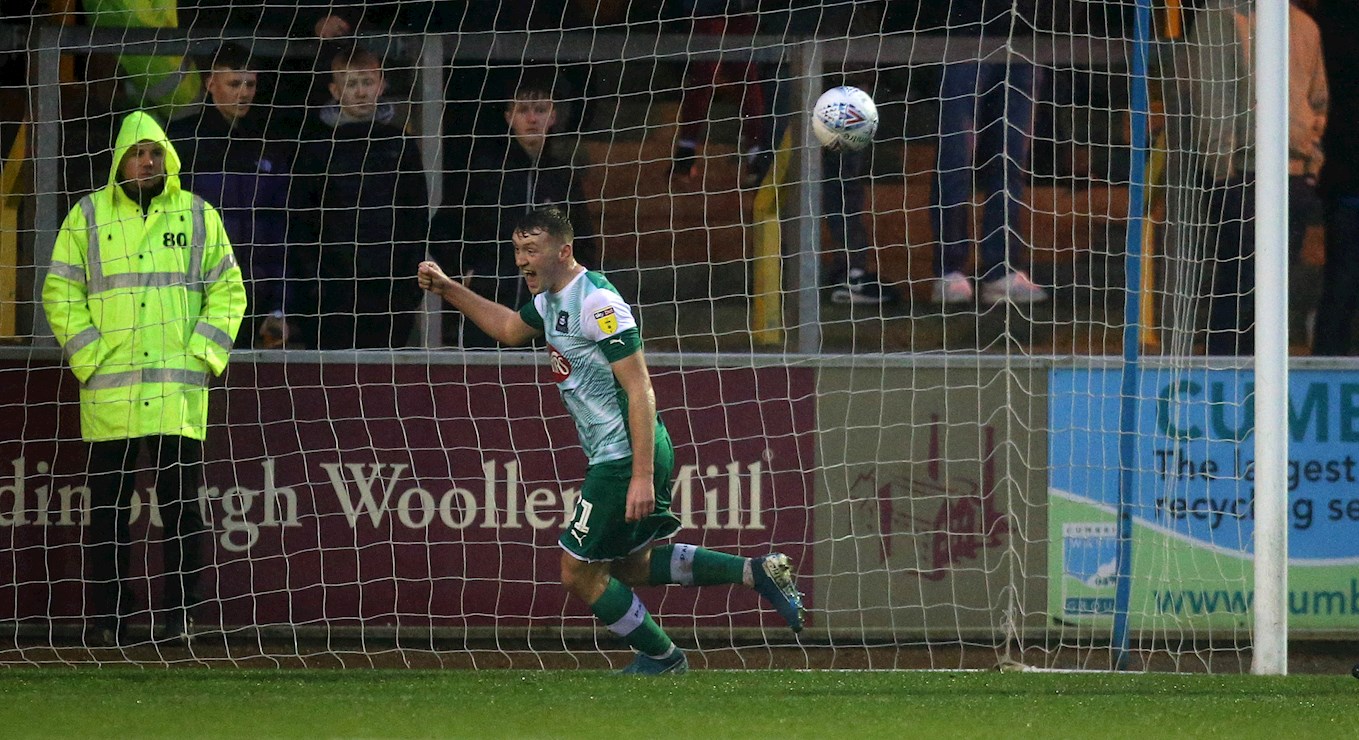 LUKE Jephcott has made himself the Argyle story of 2020 so far after scoring successive braces in the impressive victories at Scunthorpe and Carlisle in Sky Bet League Two.

The young forward has shown a healthy habit of being in the right place at the right time after returning from a loan spell at Truro with his confidence high.

The challenge for Luke is to stay in the team and manager Ryan Lowe admitted it was like having a new signing.

"We’ve said all along, when you’re creating chances like we create, you just have to be in the right place and you will score goals," said Ryan.

"It’s no coincidence Luke has done that but he’s had to take those chances. He’s been very confident and composed when they’ve come his way.

"We’re very pleased with his attitude and he is like a new signing. Potentially, where we were looking at two new strikers, we’ve only got one because Luke has come back from Truro.

"That’s what we want him to do and the credit has to go to Luke for his desire and commitment to get back in the team. He asked me a few weeks ago what else he needed to do and I just told him to keep doing what he was doing.

"He knows what is expected, so do all the players. There is only ever a couple who need an arm round them when things are not going so well but Luke is fine, there’s no need to speak to him about anything.

"If he keeps getting in the right place at the right, keeping the ball for us and linking up play, he’ll continue to score goals.

"We get offered 19, 20, 21 year-old kids every single day, but we want to use our own first. Just because they’re from Liverpool or Chelsea, Man United or Arsenal, it doesn’t mean they’re better than what we’ve got."