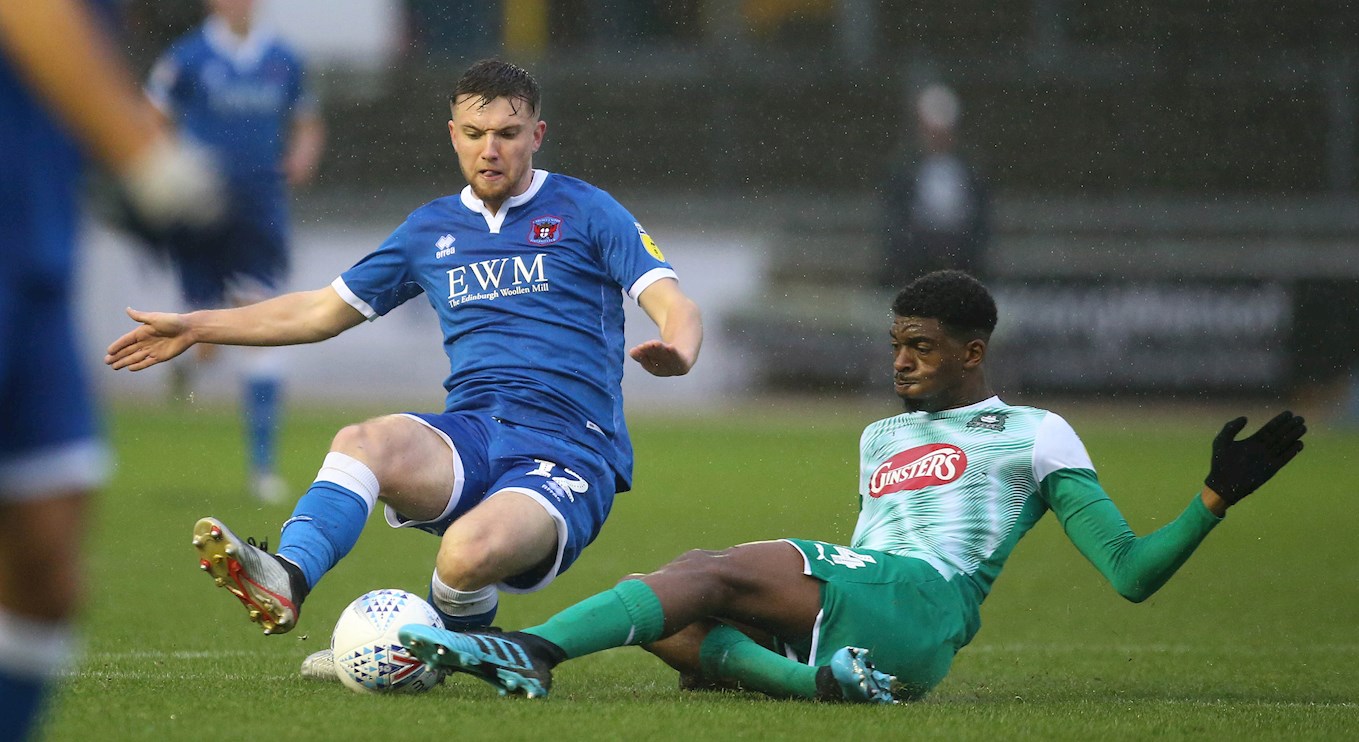 TYREEQ Bakinson delivered another top performance in the Argyle engine room at Carlisle United to follow up on his equally impressive debut at Scunthorpe last weekend.

The new loan signing from Bristol City was dominant in the midfield area, alongside Antoni Sarcevic and Danny Mayor, as the Greens dismantled Carlisle with a 3-0 victory in Sky Bet League Two.

For manager Ryan Lowe, the acquisiton of players like Tyreeq and the newest addition Ryan Hardie is down to diligent homework and a strong recruitment policy under the guidance of Argyle Director of Football Neil Dewsnip.

“Tyreeq is a machine in there [midfield],” said Ryan. “His passing accuracy was very good, he’s always available, breaking up play and certainly looks the part.

“We’ve had Tyreeq in for a while and it’s testament to the work we do away from the football pitch. We’ve got a good recruitment team behind us, with Neil Dewsnip heading that.

“Me and Schuey [assistant manager Steven Schumacher] go and watch the players, Schuey had watched Tyreeq quite a bit before we even got him in. I then watched him and we know we want the characters, we want the footballers. He is a loan player from Bristol City and he’s going to be a quality player for them in the future.

“We knew that when we were signing him and Ryan [Hardie] is the same. We’ve got a long way to go but, from back to front, right the way through the pitch, they’re all taking on instruction and the way we want them to play.”