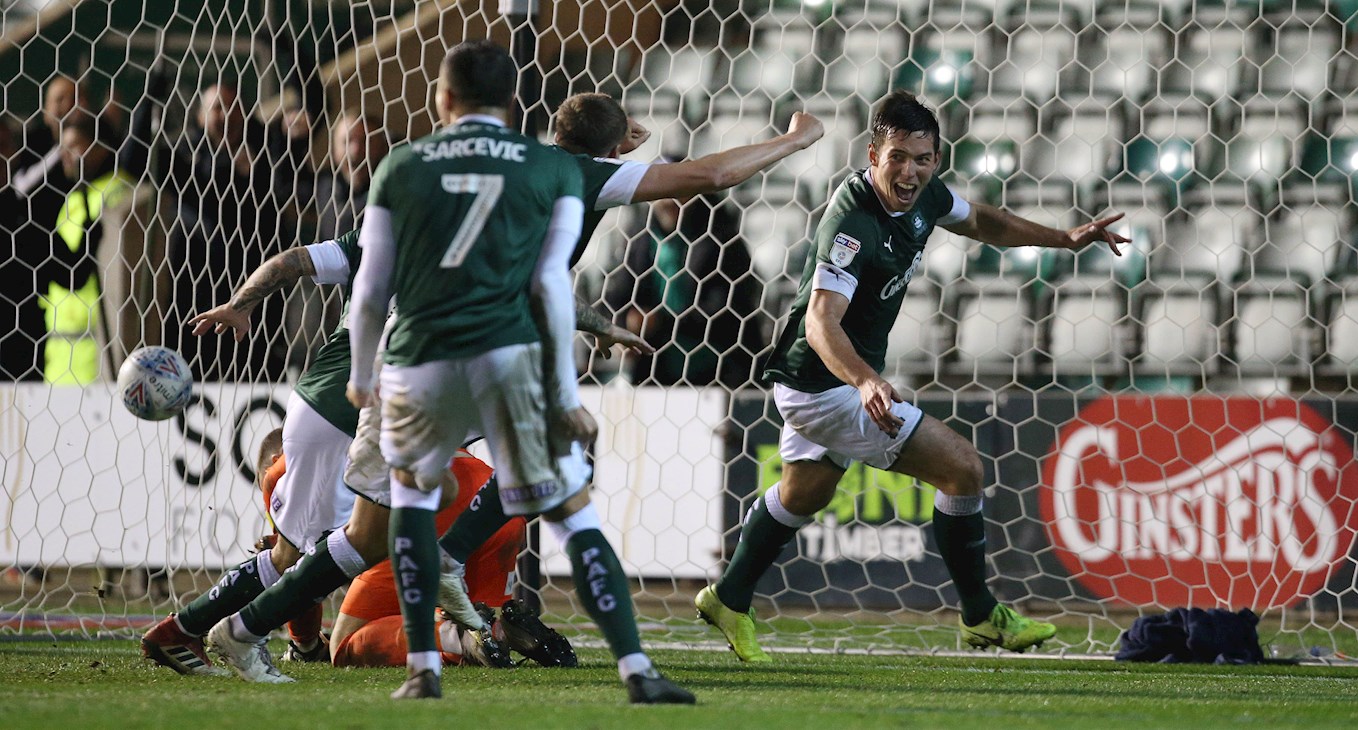 Niall on the Attack

IT’S no secret that Argyle defender Niall Canavan has become a key component of Ryan Lowe’s side, but the Yorkshireman has revealed how there is still ‘more to come’ from him in terms of providing a threat going forward.

“It’s getting back to how I started out when I first started playing,” said Niall. “I had quite a good record then. Sadly for me, it’s been a long time between the first goal this year and the previous one on Saturday. It’s nice to have a couple close together and hopefully there is a few more to come.”

Being amongst the goals, in recent weeks, is something that Naz [Niall] has wanted to develop and Argyle manager Ryan Lowe has worked with the powerful defender on his positioning from attacking set-pieces.

“It’s taken a while for me to get to what I feel is a rhythm and a return to confidence of going and attacking it. I’d always back myself if I know where the ball is going. If you put me one-on-one with pretty much anyone, I’d have a good chance of scoring.

“It’s something that I’ve looked to bring back to my game, five goals per season is always a minimum I set myself if I’m playing regularly in the team – I’d back myself to pass that though.”

His goal against Mansfield last weekend was one that came with plenty of adulation for him personally, but his 96th match-winning decider against Saturday’s opponents, Stevenage, in the reverse fixture was something that meant a lot – not just for him, but all Pilgrims.

“It was one of those where we were pushing and pushing, heads start to drop at other times, but I felt, in that game, that we would get one more chance,” he said. “I didn’t really think it would come to me, but like I said at the time, I was there on the spot and when it comes to you, you have to stick it away.”

Argyle look to take maximum points from Stevenage when we face them once more in Sky Bet League Two tomorrow.