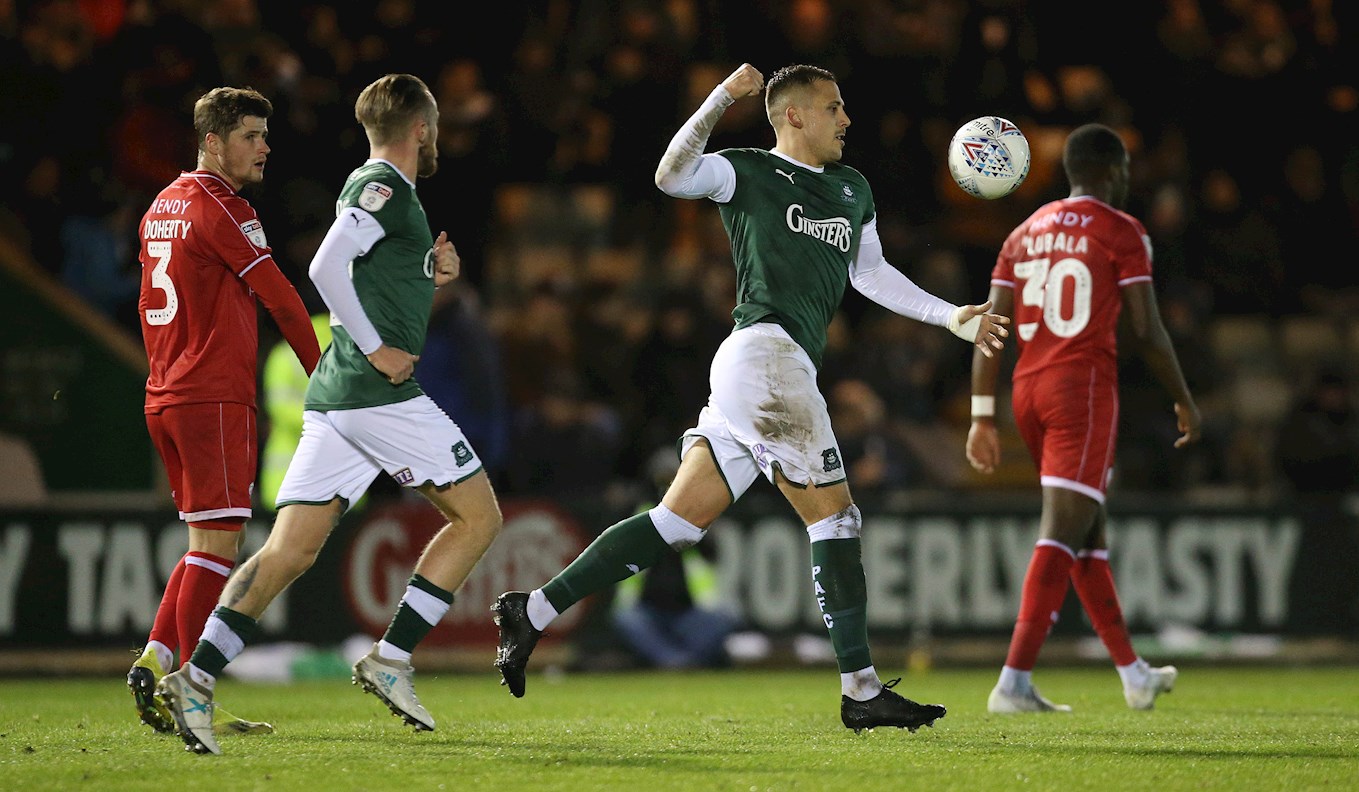 ARGYLE midfielder Antoni Sarcevic has dismissed title talk and says he and his team-mates are only focused on beating Michael Flynn’s Newport County at Home Park on Saturday.

A late Crawley Town leveller put a stop to a four-game winning streak on Tuesday but, despite the fact we remain one point and one place away from the Sky Bet League Two automatic promotion places, Sarce refuses to get carried away.

“Right now, you can’t talk about that sort of stuff, we are only going into February,” he said. “We have seven games that month and I think that will prove pivotal in the season. Before we start thinking about that [the title], we have to take it game by game first.”

Our number seven is well aware of the task at hand on Saturday afternoon and would like to level the scores after the Exiles inflicted our first defeat of the season at Rodney Parade in August. A Kyle Howkins goal nine minutes from time was enough to settle the game

He said: “Newport are a good side; they have established themselves well in League Two. They are dangerous in their own right but I think with us being at home and the way we play, we will obviously go for the three points.”