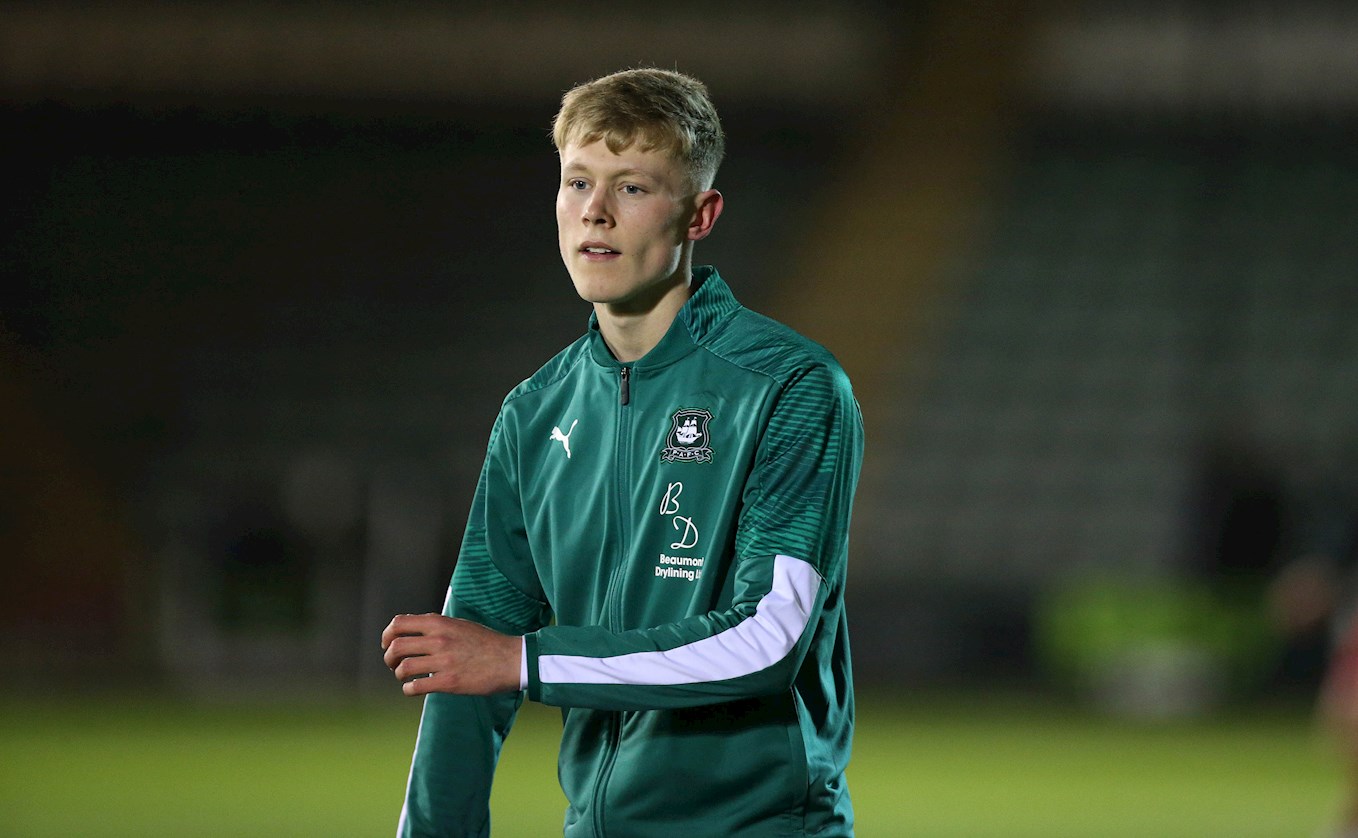 Cleal, who has proved an important asset in the youth system, was a substitute on the bench for the first time since he joined the Argyle Academy in October 2018.

Manager Ryan Lowe has been impressed with what he has seen of the youngster so far, and felt the young wide player deserved the recognition of first-team involvement.

“He is next in the production line,” said Ryan. “We have had Rubin [Wilson], who has been terrific when he has come on and we have had Jude [Boyd] but the wing-back positions at the moment have seen Joe Edwards playing there, Byron Moore and I know George [Cooper] can play over there, as well as Danny [Mayor].

“We felt, when Danny was not fit, that Jarvis had been doing great in the youth system. I have watched him quite a bit, he’s got a lot, but he needs to have that little bit more desire and a bit more commitment and I think we will get it out of him.

“He is a shy lad, but he has certainly got qualities. He can skip past players and he can put the ball in the box, and I play with those type of players. Hopefully, he is going to be a big asset.”

Jarvis has made appearances in the Central League fixtures, as well as in the EFL Youth Alliance, but now that he has had his first-team experience, the gaffer is confident Jarvis will begin to thrive.

“We are wanting to see him thrive, push on and give me a bit of a selection headache in terms of offering the boy a pro contract. I feel he’s got a lot to offer, but he has got to show us that little bit more determination and hunger that he wants it.

“Sometimes, it is hard with the youngsters coming up with the first-team because the training and the intensity is proper hard and fast.

“Maybe it’s that he needs to learn but he would be a good player for us. It’s over to him now.”