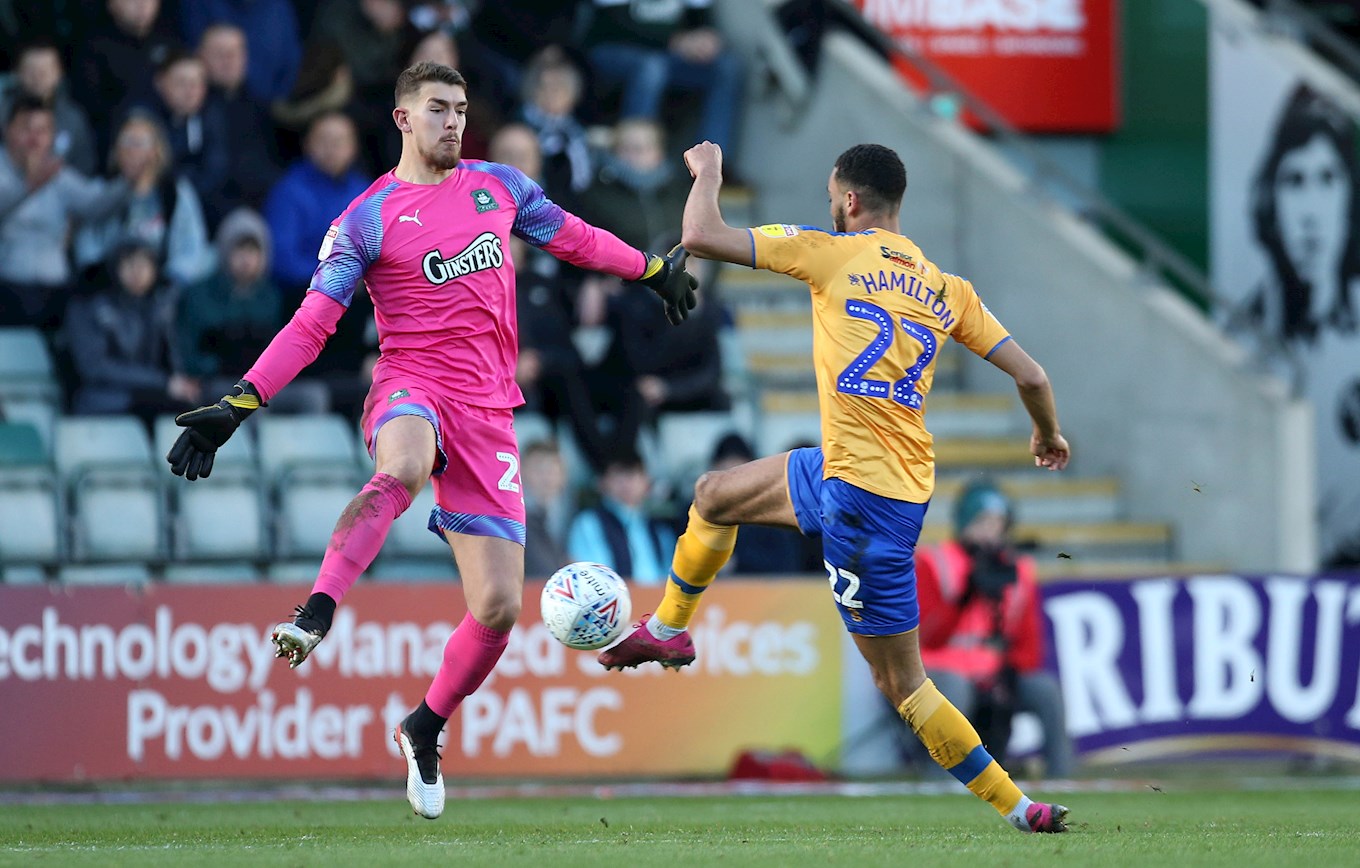 GOALKEEPER Alex Palmer once again proved he is one of the best after producing some vital saves for Argyle in the early stages of Saturday’s 3-1 win over Mansfield Town in Sky Bet League Two.

The Stags exerted early pressure at Home Park but were repelled by organised Pilgrim defending and Palmer’s supreme quality, laying the platform for Niall Canavan, Antoni Sarcevic and Ryan Hardie to score the goals in another vital victory.

Although Palmer was deceived by a long-ranger from Mansfield’s Andy Cook to make the scores 2-1 at one stage, it did not detract another fine display by the custodian on loan from West Bromwich Albion.

“He is certainly one of them [the best in League Two],” said manager Ryan Lowe. “I think he’s got the most clean sheets or certainly up there with the Crawley ‘keeper as well.

“He’s been terrific and he was just in two minds [for their goal]. He is learning all the time and will know next time whether to tip it over or catch it. He was disappointed with that but we’re not.

“I said to him ‘well done’ at half-time and he was probably the only one I could say that too. The lads have possibly bailed him out and he’s bailed them out as well.

“That’s what he gets paid for and he’s doing a good job.”