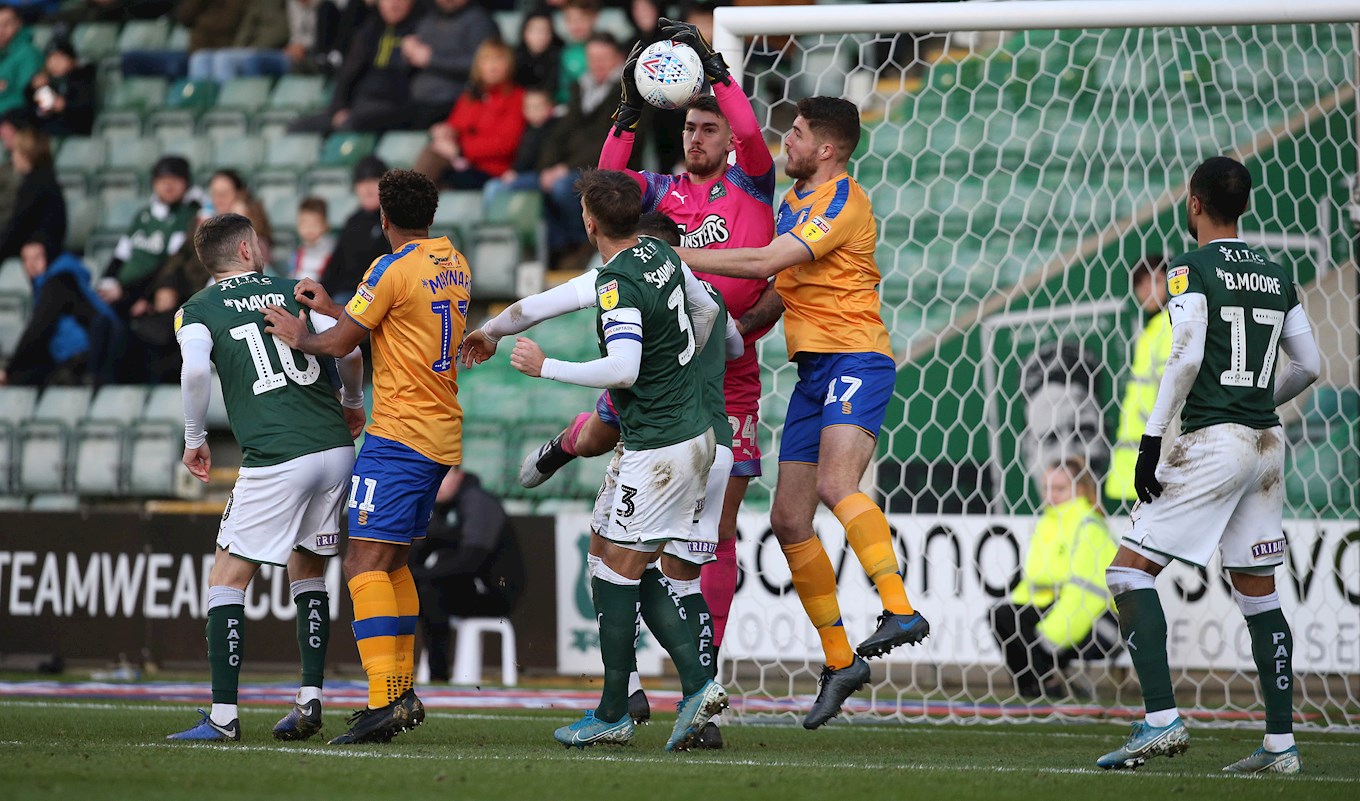 ARGYLE’S recent rise to fourth in the Sky Bet League Two table has been achieved on the basis of a solid defensive platform.

The back trio of captain Gary Sawyer, Niall Canavan and Scott Wootton have been outstanding over the winter period and will be looking for more miserly defending when the Greens travel to Stevenage this weekend.

Manager Ryan Lowe has been delighted with the wholehearted commitment to the art of defending and, like all areas of the Pilgrim team, there is healthy competition for places, with the likes of Josh Grant and Will Aimson also on the defensive roster.

“It’s a credit to the boys that they’re putting their bodies on the line,” said Ryan. “We’ve got Josh Grant back in the building now, Will Aimson is not far from being fit and the lads playing now know that they’ve got to keep performing.

“It starts from the front as well, we have the strikers working their socks off to make sure it doesn’t come through the thirds. The holding midfield role is also very important for us and the goalkeeper as well.

“I can’t praise the boys enough, they’ve been outstanding so far but we know we’ve got to keep performing to get to where we want to be.”