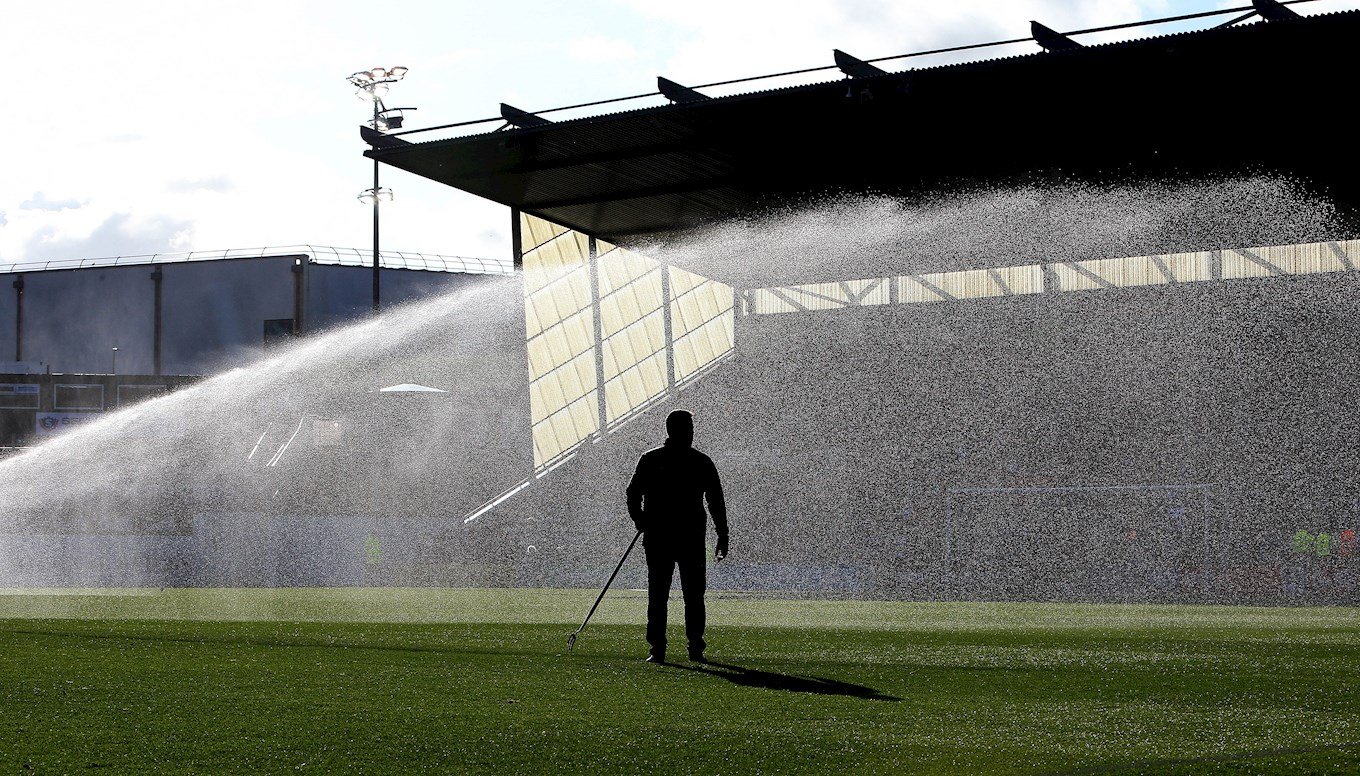 ONE of the principle reasons Argyle manager Ryan Lowe has been able to implement a fluid possession-based brand of football at Home Park is down to the work of head groundsman Chris Ralph and his team.

Ralphy moved to the Pilgrims after winning National League Pitch of the Year at Torquay United and the playing surface at the Theatre of Greens is the envy of teams across Sky Bet League Two.

As well as a supreme surface on the main pitch, Ralphy and his team have done a great job at the Harper’s Park training ground, with Ryan inviting the media to watch some of training today.

“It is big credit to the groundsman, the pitch is terrific and the training ground as well,” said Ryan.

“Ralphy joined us last season as head groundsman and he and his staff have done a terrific job. We have a joke with him and they’ve been as good as gold.

“I’ve been trying to get a viewing area mapped for when [the media] come down on a Thursday. We’re improving things every day and it has been terrific for us so far.”