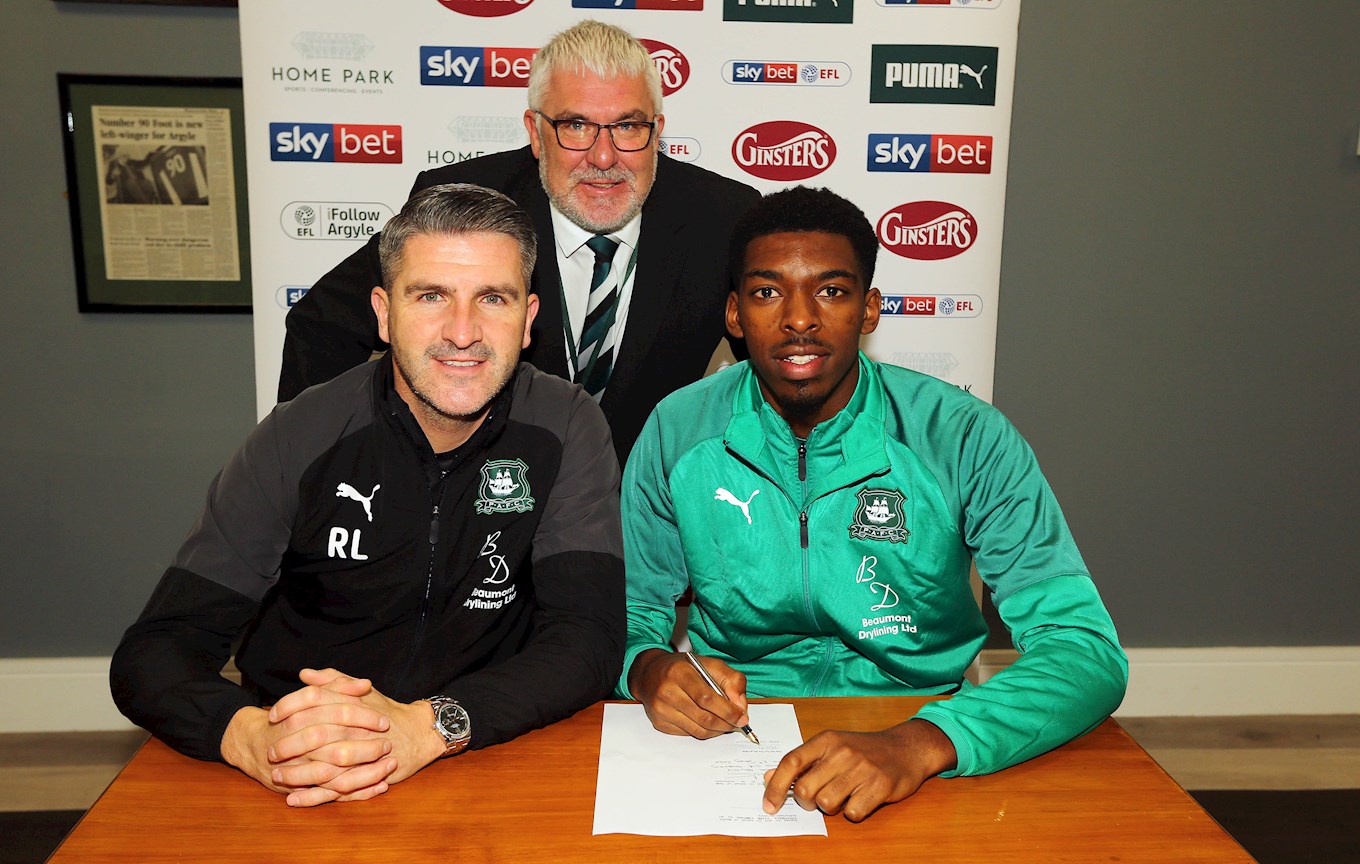 AS the January transfer window comes to a close, Argyle manager Ryan Lowe has reflected on the success he has had over the month.

There was a total of four incomings for Argyle and four players leaving the club, too. Luke Jephcott returned from his loan spell at Truro to become Argyle’s first January transfer, followed by Tyreeq Bakinson joining from Bristol City.

Next up was another loan deal for Josh Grant, following on from his previous loan at the beginning of the month, and finally we were introduced to striker Ryan Hardie, loaned from Blackpool.

“We’ve been planning January since September,” said the gaffer. “We knew where we were at.

“We knew we had Tyreeq Bakinson marked, we had Josh marked, we were obviously looking for a striker, like everybody knew, and we were glad we got Ryan Hardie.

“There were plenty [of players] thrown out there who we could’ve had, you want people who come in for the right things.

“Ryan has come to score goals and help us, some players might have wanted to come for more money, to keep their career on track, just to be a professional footballer for as long as they can but we wanted to make sure it was the right fit.”

Ryan believes that the club have done well over the window, with not too many new players being introduced into the system, but he also let players go for the right reasons.

“I’ve seen some clubs sign six or seven players and it’s just going to disturb the dressing room at some point,” he said.

“We’ve done it gradually, Josh has been with us from the start of the season, Tyreeq had known most of the lads anyway because he trained with us quite a bit. Luke is one of our own, so really when you look at it, we’ve only had one player who was unknown to the squad that has come in.

“I think it’s vital when you bring those type of players in that they bed into the squad and Ryan Hardie has certainly done that.

“The lads who have gone have gone out because they felt that they wanted to go and play games. They felt they couldn’t get in the team and their future lay elsewhere, so we allowed them to go.”

Lowe has confirmed there will be no more players joining Argyle, but there are still opportunities for some to go out.

“There will be no ins, certainly,” he said. “There may be one or two of the youngsters going out on loan, that will be to the Conference or one below, but that can happen any time.

“We’ve got a bit of interest in Klaidi [Lolos] from some Conference clubs but, again, we’re not just going to throw him in anywhere.

“We’re going to make sure it’s the right fit that suits us and the manager as well, he’s a good bloke first and foremost, so the team’s got to be good for him.

“We can’t let him go just yet, it’s got to be on our terms and no-one else’s. There are about three clubs in for Lolos, so we will analyse that over the next few days, as there is no deadline in the Conference.“

Overall, the club have had a successful January transfer window, and the gaffer was quick to praise all of those involved.

“It’s having a good secretary, a good [Chief Executive], a good owner and a good board of directors,” he said.

“Some clubs will probably be thinking ‘you need to get rid of him before you can get him’ and ‘you need to sell him’ and we weren’t.

“The board have backed me one million percent and I’m always grateful for that.

“We haven’t gone massively over-spending, we’ve done what we had to do, so I think it was a good pre-season in terms of recruitment and now it’s been a good January.”