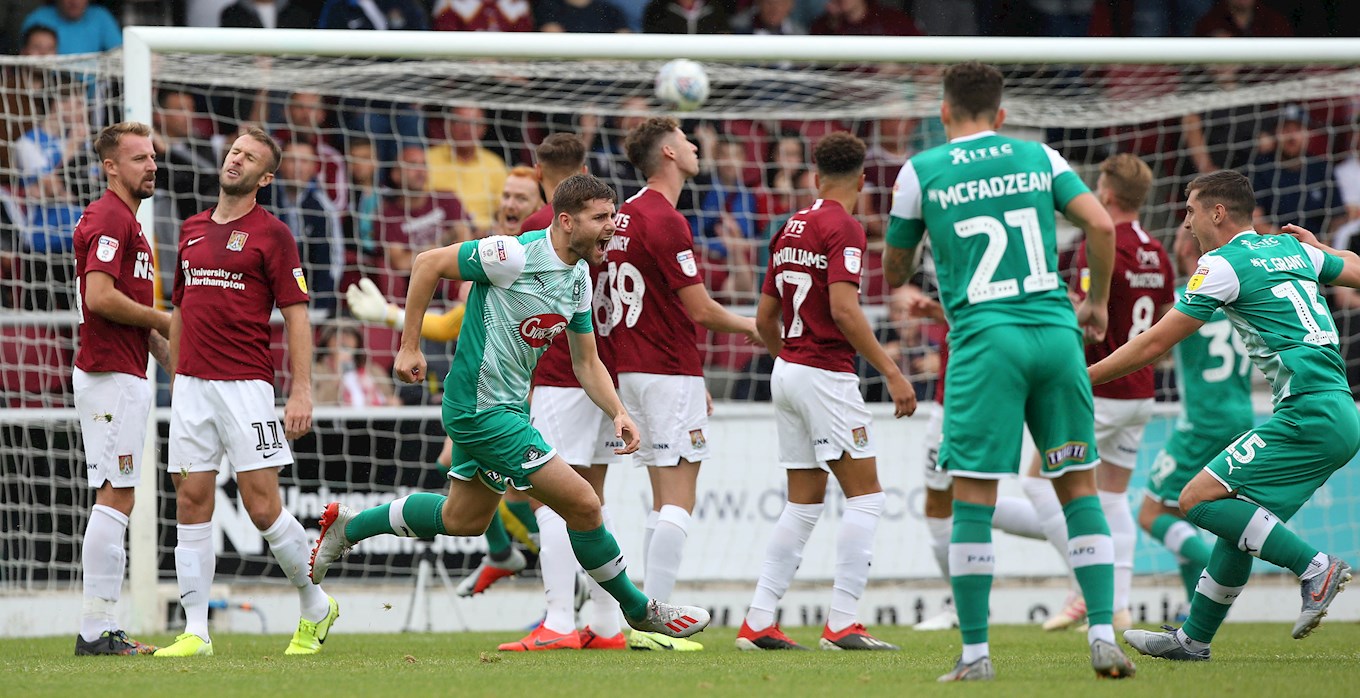 The club has agreed to release Joe from his contract after 18 months as a Pilgrim, subject to the usual EFL formalities, allowing him to pursue his career elsewhere, and we would like to place on record our thanks to Joe for his efforts while at Home Park.

Joe arrived at Argyle in the summer of 2018, having left Shrewsbury Town. He made a total of 38 appearances for the Greens, scoring two goals, and was always a popular figure around the club.

Argyle manager Ryan Lowe expressed his thanks to Joe for his efforts in the Green and revealed how his former Bury team-mate played a big part in the gaffer moving to Home Park last summer.

“Joe Riley is leaving to sign for another club,” Ryan. “We would like to thank Joe for all his work; he’s a terrific lad and a terrific player.

“He was a friend before I came here and a big influence on me taking the job, in terms of the discussions I had with him.

“But he’s found himself out of the team, probably through no fault of his own.

“It was only fair that I let him move on and get a contract somewhere else because his contract was up. Me, the staff and the players would like to thank Joe for everything he has done.”

Everyone at Home Park wishes Joe all the very best for the future.