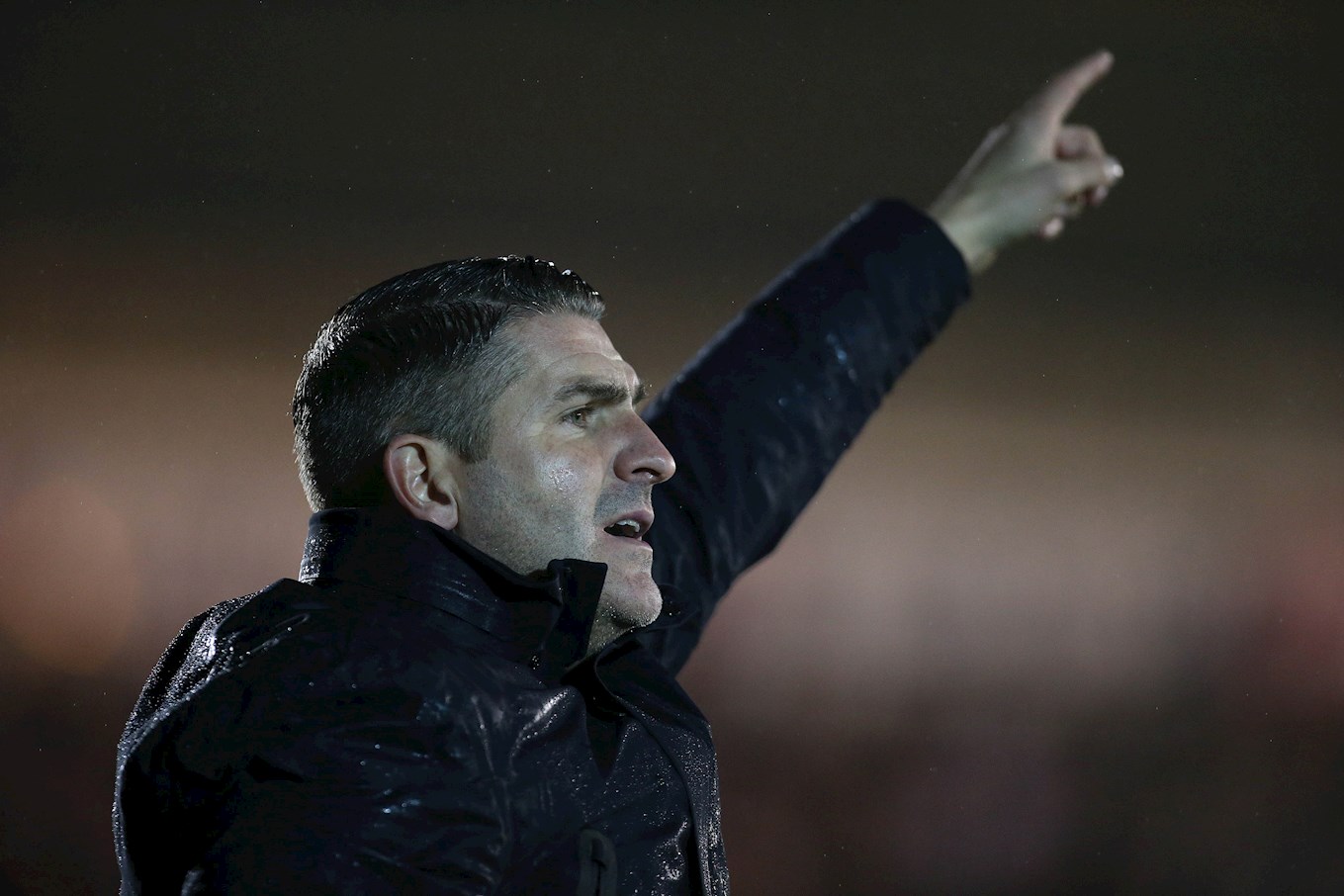 WE produced a special souvenir programme for the New Year’s Day visit of Swindon Town to commemorate the full opening of the Mayflower Grandstand and below are the notes from Argyle manager Ryan Lowe.

It was a big game for the club, on and off the field, and for the city. The new Mayflower Grandstand looks phenomenal; it has been a long process and, now that it is finally here, everyone involved deserves a huge pat on the back.

The chairman has put a lot of money into the club to make it happen and, for League Two, it is unbelievable. We all know we are not in the right league, because of the stadium, the fanbase and everything else, but we are where we are and we are working very hard on that.

Relegation was a low, of course, but my staff and I came in during the summer with the aim of lifting the place up and we I feel we have certainly done that. The most pleasing thing for me is that we have got this place bouncing.

As the chairman said to me once: “Name me a happier chairman after being relegated.” He is obviously delighted with the grandstand being completed; the work that is going on with the team on the pitch; the restructuring of the Board; and with Neil Dewsnip coming in as Director of Football.

It has been a good second half of the year in many ways. We have had a couple of lows and quite a few highs, which is why it is important not to get too carried away when things are going well, or too down when they are not.

The welcome that you have given to me, Schuey, Neil and the rest of the back-room team, including Jimmy Dickinson, John Lucas and Dave Galley, since we arrived – and to our families – has been second to none.

We could not have done what we have done without the likes of Nance, Rhys, Paul Atkinson, when he was with us, Neil the kit man – people who were already here who have helped us become proper Janners, proper Pilgrims.

It has been great. Everyone at the club is pulling in the same direction: fans, owner, the Board of Directors are all behind us and the players are buying into everything that we are doing. We know now we have got the trust in the boys.

We have one or two blips, which is down to inconsistency, but we are generally happy. The football we are playing has been fantastic and, when we do find that consistency, we will win matches. If we keep performing to our levels of expectation, we will be there and thereabouts at the end of the season.

Thank you to everyone for supporting us through thick and thin; for travelling up and down the country to support us; and, most importantly, believing in what me, my staff and the players are trying to do. That is the sort of support that we need throughout the season.

On behalf of all of them, a Happy New Year to you and your family.

The souvenir programme is still available for download from here.