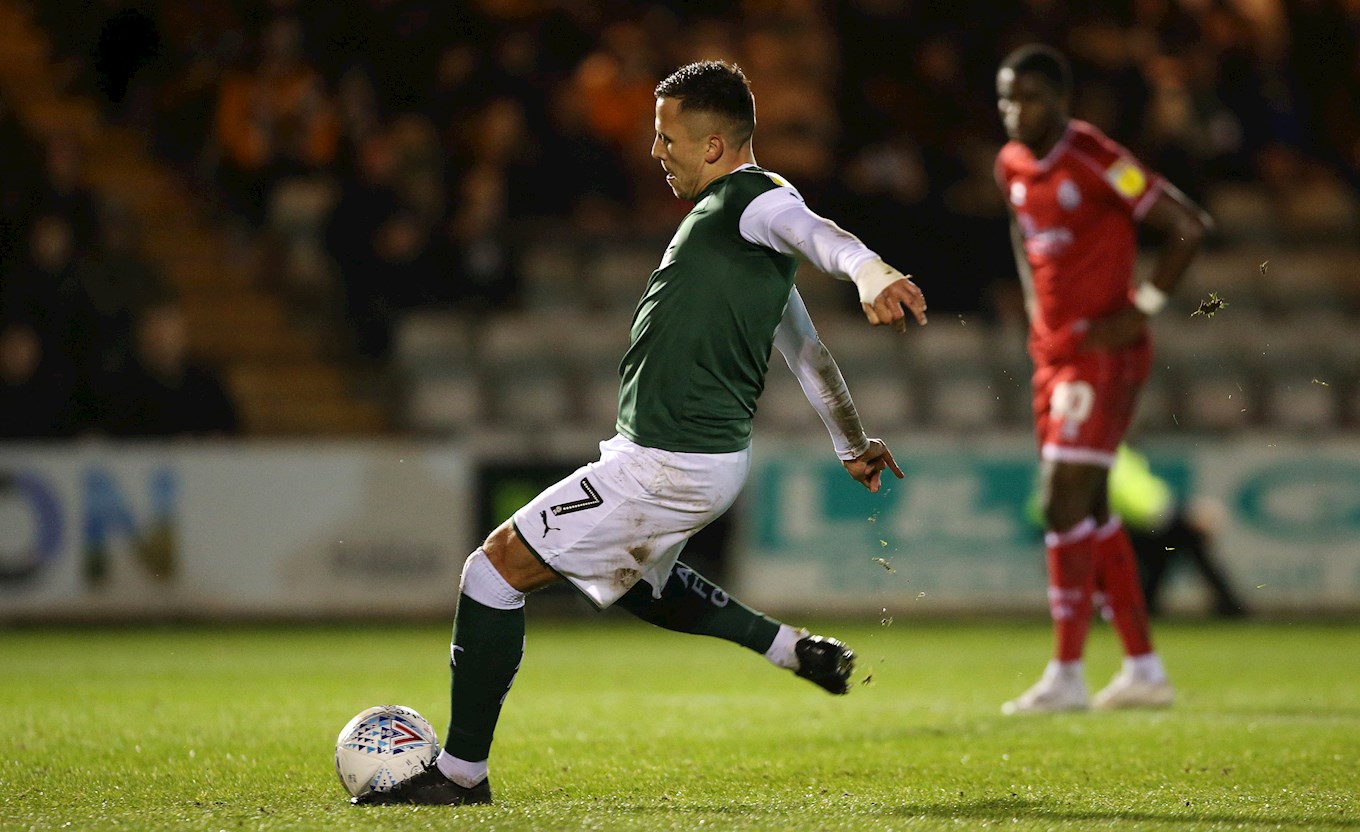 ARGYLE midfielder Antoni Sarcevic reflected upon three years as a Pilgrim and the love he has for the Greens, as he looks to get his side back to winning ways against Newport on Saturday.

Joining from Shrewsbury Town in 2017, the tireless number seven says he takes great pride in the fact that he is currently one of the longest serving at Home Park. He has identified roots in the South-West and, after finding a home, he has been a favourite ever since.

“I was speaking about this the other day with my missus, it’s crazy to think that I‘ve been here three years and have raised both my children in Plymouth,” he said.

”It is like a second home to me now and I have loved every minute of it. Even the lads who have left, they say that I am probably one of the longest serving at the club. I am very proud to be a part of it and long may it continue.”

Clearly loving life under the new management of Ryan Lowe, having scored more goals this season than is his previous Argyle career combined, Sarce is understandably delighted both on and off the field, but still wants to improve.

”Personally, I have loved every bit of this season,” he said. “I feel good, week in, week out, but I think the whole place under the staff is all positive, it’s all good for the club going forward.

“The gaffer has brought a freshness to the whole place since coming in, it’s a good environment to be around. It definitely is good [that I have scored goals this season] but there is a bit of frustration because there were chances in other games I could have taken, so I could have added to this tally. [I am] getting into those positions I know I need to start taking a few more.”

While Sarce’s affection for the Pilgrims is there for all to see, so too can it be seen from previous Greens who want to keep abreast of all things Argyle.

”Sonny [Bradley] messaged me on the Friday [of the Stevenage game] to say he wanted a ticket,” said Sarce. “I stay in regular contact with a lot of the boys. Being in Plymouth, you build a stronger bond than you would elsewhere because you live within five or 10 minutes of each other.

“We are all a close-knit group and the fact that they come down to watch us shows that they still care about us, they care about the club and I think that speaks volumes.”

Sonny’s visit to The Lamex Stadium came after former winger Gregg Wylde made the short trip from Glasgow to watch his old side beat Carlisle 3-0 at Brunton Park on January 11.