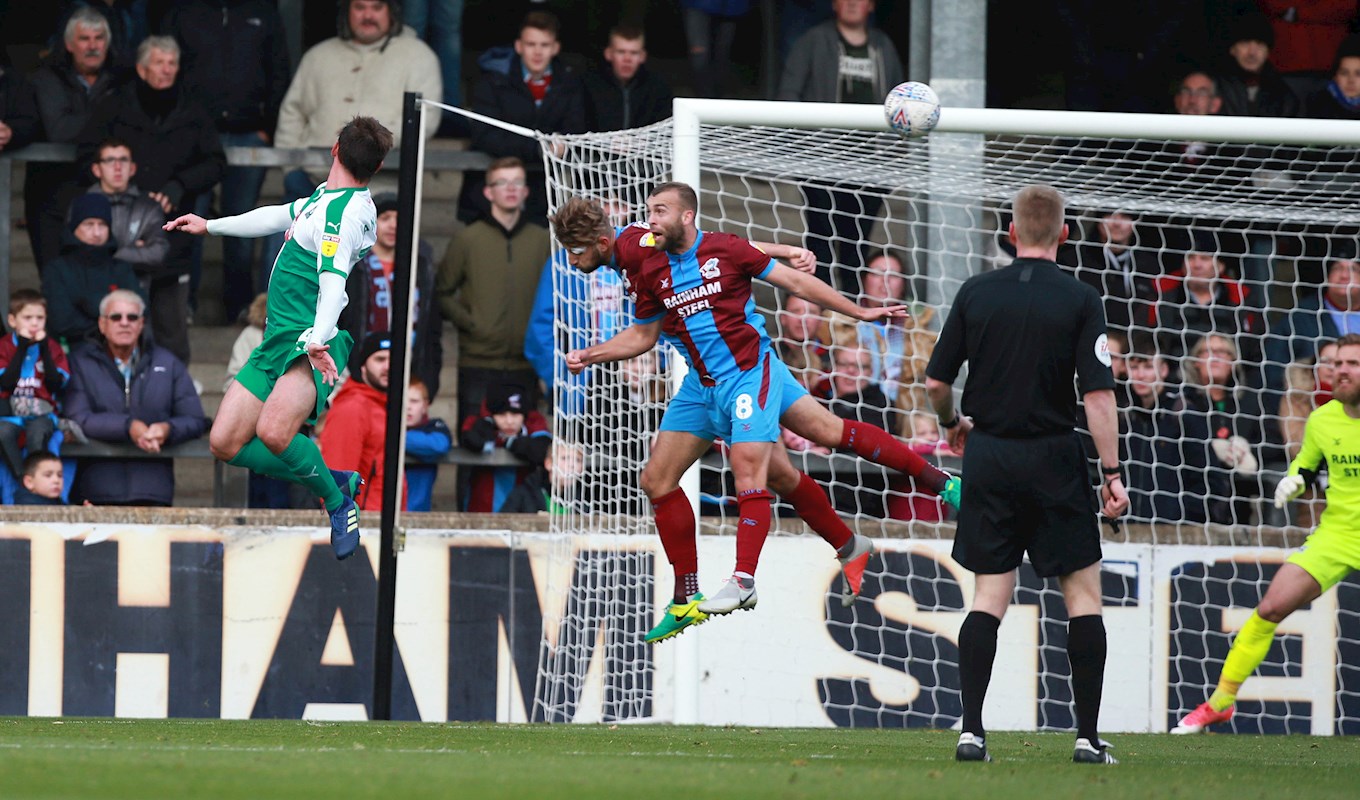 ARGYLE travel to Scunthorpe United in Sky Bet League Two today and Statso has taken a look at our record away to the Iron.

Last time: Derek Adams’s Argyle won 4-1 at Glanford Park in League One on Saturday, October 27, 2018. Freddie Ladapo opened the scoring on 14 minutes and Niall Canavan scored his first goal for the Greens against his former club on the stroke of half-time to give us a 2-0 lead. Lee Novak pulled a goal back for the Iron on 49 minutes, only for Joel Grant to restore our two-goal lead eight minutes later. Antoni Sarcevic completed the scoring in the 90th minute.

Watch the goals from our last visit.

Most goals in a single game: Six, in our 1-5 defeat at Scunthorpe detailed above.

Further interesting facts: We have only ever kept one clean sheet at Scunthorpe, in a 2-0 win under Kevin Hodges on August 29, 1998. Conversely, the Iron have kept out the Argyle attack on seven occasions.

In between our two victories at Scunthorpe in 1998 and October 2018, we lost six times in succession at the Lincolnshire club.

Our 1-2 defeat to the Iron at a snowy Glanford Park on Saturday, December 22, 2001 brought to an end our undefeated 19 match run in the EFL. It was also our first away league defeat of the season, in our 13th match – a club record. We had won six and drawn six of our first 12 matches. Scunny’s two goals were scored by Lee Hodges, a man who had enjoyed a loan spell at Home Park earlier in his career.

Saturday’s game will be the first time that we have played United away in the EFL in January.