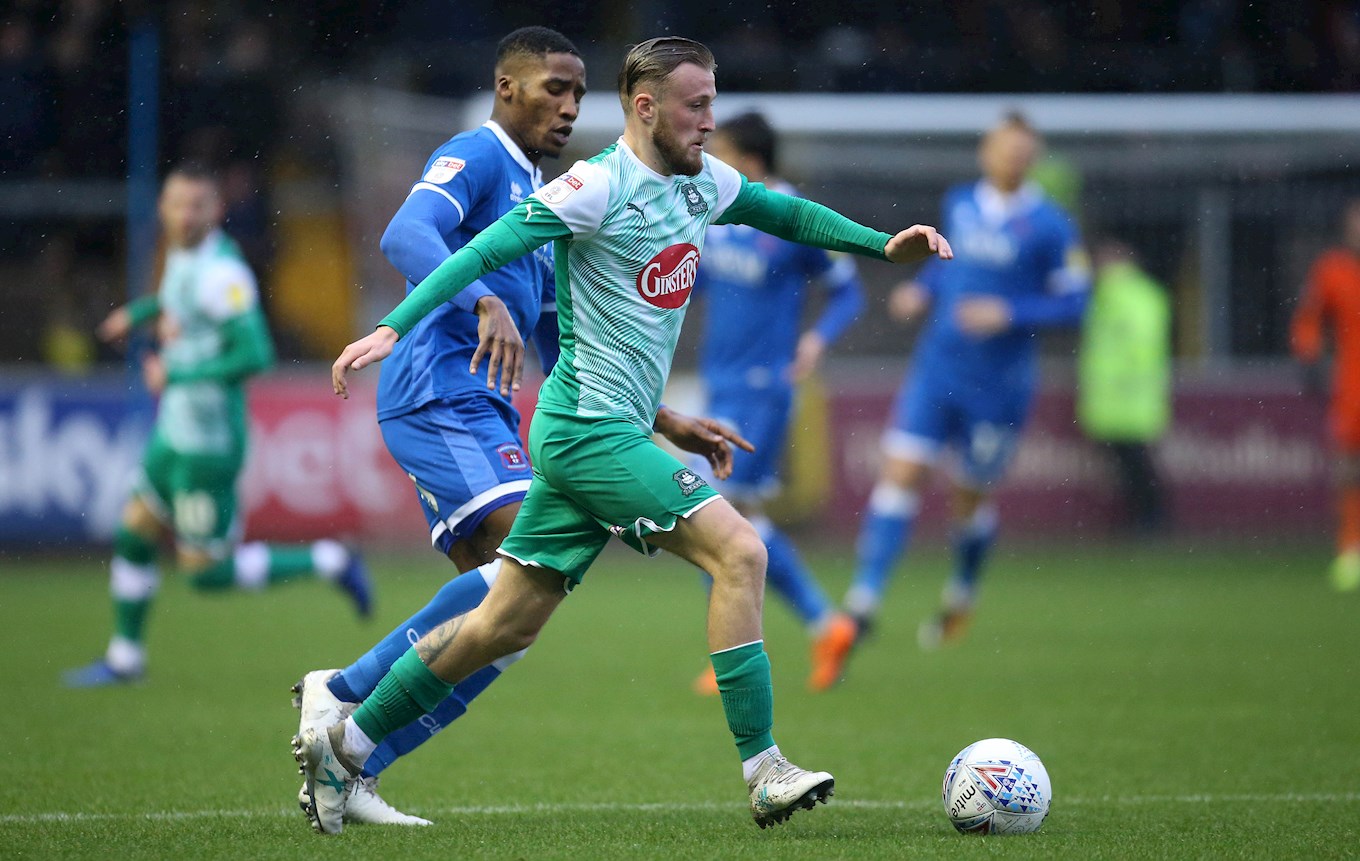 ARGYLE midfielder George Cooper did not see himself as a left wing-back before joining Argyle but could not be happier in his new-found role for the Pilgrims.

George, who is on loan at Home Park from Sky Bet League One Peterborough United, has nailed down the position and contributed a goal and eight assists with his expert deliveries.

He laid on the first of the Pilgrims’ goals in their 3-1 home win over Mansfield Town, Niall Canavan’s header from George’s left-wing free-kick setting Argyle on their way to fourth place in Sky Bet League Two.

Antoni Sarcevic and Ryan Hardie also scored as the Pilgrims netted three goals in a game for the third match in a row to chalk up a sixth win from their last seven games, and George is enjoying being part of things after a fallow period in his career.

He said: “The way we play, you do have to defend, but we’re always on the attack and I don’t mind playing there because I can get 1 v 1 and get crosses into the box and hopefully create chances.

“For the last year and a half, I haven’t really played – I’ve probably started 15 games. When I had the chance to come here, I thought ‘it’s an unbelievable chance’. Now, I feel great. I’m loving it.

“I played a few games when I first came. Then I had a few weeks off, didn’t really play, but the gaffer told me why and I just had to wait for my chance again. Now, I have just got to keep my shirt.

“In training, it’s competitive. If you don’t train well, you won’t play on the Saturday.”