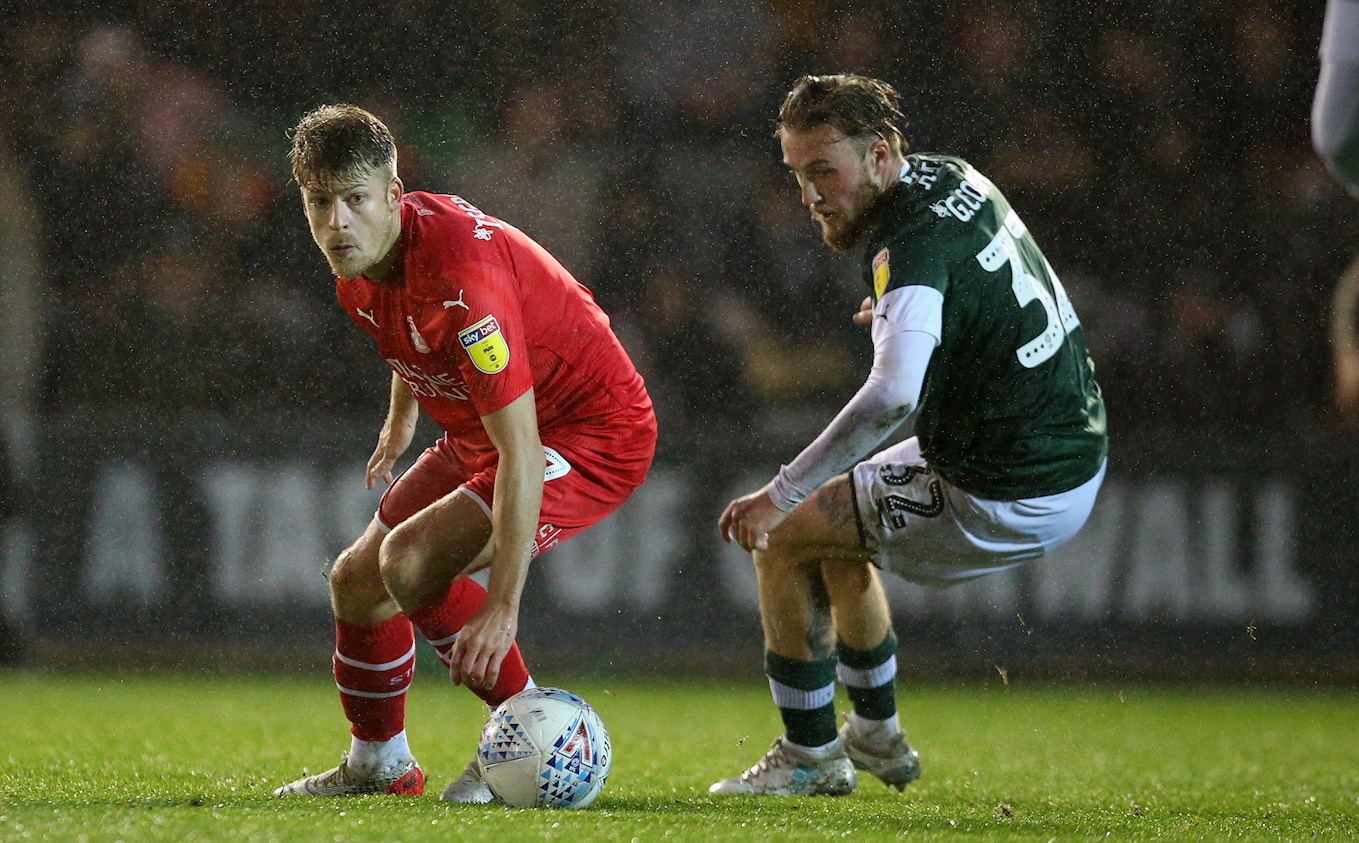 A LATE strike from the leading scorer in Sky Bet League Two denied Argyle the point they deserved at the least from a full-blooded encounter in front of a packed Home Park.

The Pilgrims were sizzling in the first period and edged in front through Dom Telford. League-leaders Swindon were fighting to stay in the game and levelled somewhat against the run of play through Daillang Jaiyesimi ten minutes before the interval.

The second period was tight between two confident sides but the elusive Eoin Doyle found space in the Argyle penalty area to pinch all three points for the Robins.

“It’s disappointing, we were very good in the first half and got a good goal,” said Argyle manager Ryan Lowe. “We could have had the game wrapped up at half-time but you can’t leave the best striker [in the division] alone in the box.

“It was good movement and probably hits his [Doyle’s] shin to go in, but I’m overall pleased with the way we played, pleased that we kept creating chances but we needed someone to take that chance and put it in the net.

“We’re disappointed with the result because, at one stage, I felt there was only team that going to win it and I think they [Swindon] felt the same, but you’ve got to be on the mettle for 96 minutes.

“We took our eye off Eoin Doyle for a split-second and good movement caused them to win the game. Overall, I’m proud of the boys, it’s two losses in eight [games], we’re in good form and we’ll pick ourselves up to go again.”