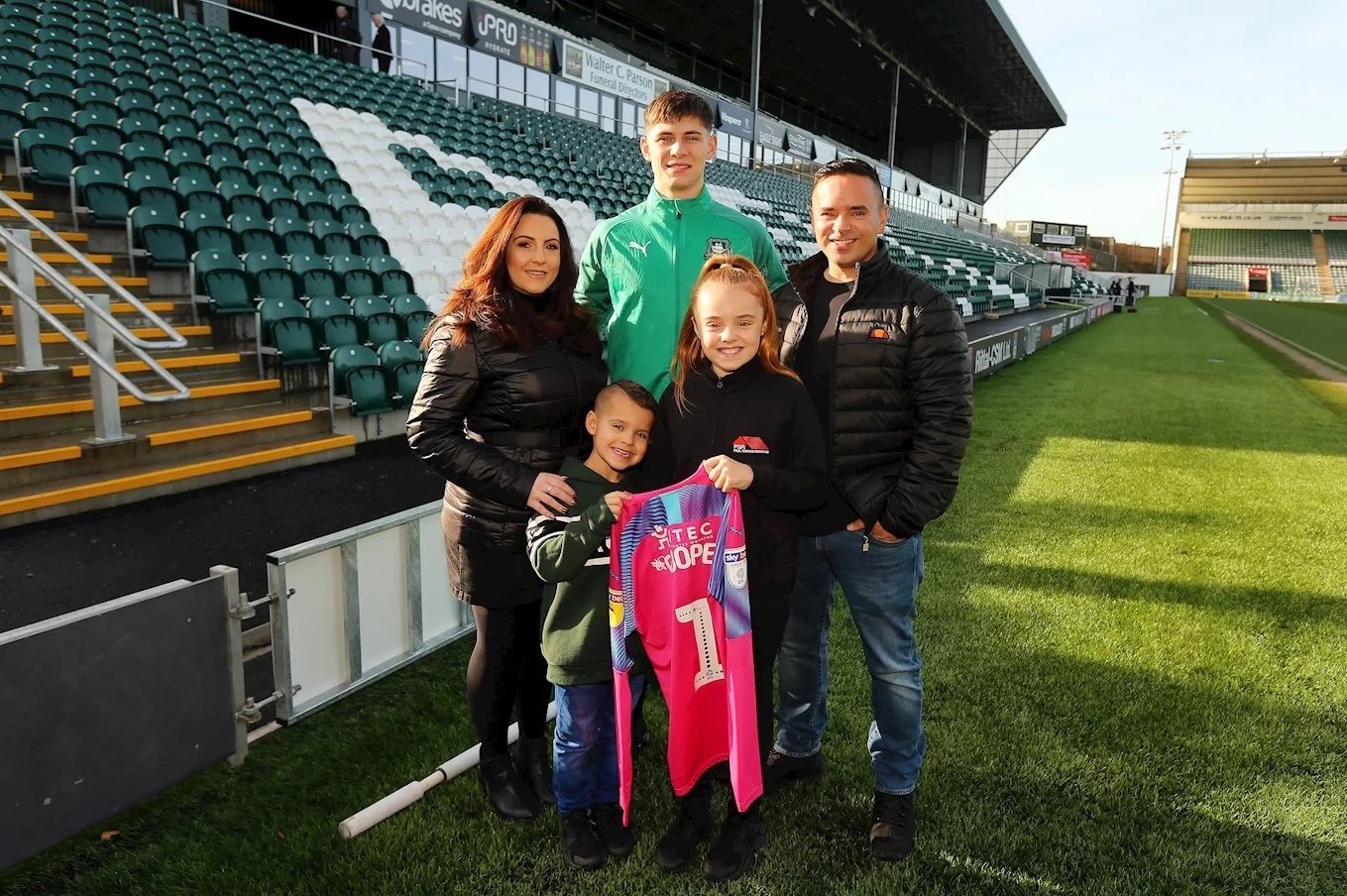 The Smoker family, all ardent Argyle fans, chose to throw their support behind the Pilgrims’ young stopper, with the family identifying his qualities as a young, local lad, reflecting their personal, and business, values.

“We enquired to see about the possibility of any sort of advertising, and when they came back with the prices, we thought they were really reasonable,” said Paul, father of the family.

“We chose Mike because he’s a local lad, from Devon, and he’s young as well. I think, in a year or two, he might be the number one. He looks really promising and he’s just signed a new contract.”

Cooper, then, seemed a natural fit for the family, who put supporting young talent at the forefront of their business. Having experienced great growth in the company, the Smokers have recently brought three apprentices on board.

“We set up just over three years ago – and we never intended to get as big as we have, but we’ve embraced it and it’s gone from strength to strength,” said Paul. “We have an apprenticeship scheme now where we blood through youngsters – I’ve got three apprentices who are doing really, really well. The company is going from strength to strength and hopefully it’s something that the kids can take on in the future when we get too old and wrinkly for it!”

Although some members of the family are season ticket holders, the Smokers swapped their usual seats at Home Park for a Club Gold experience in the new Mayflower Grandstand, courtesy of head of commercial operations James Greenacre.

“We’re from Plymouth, and we’ve always been big Argyle fans. It’s a good family day out, the whole atmosphere – the kids love it,” said mum Danielle. “We’ve often come home a day early from holidays in Cornwall to make sure we can get to the game – but it’s worth it.

“It’s an honour to be able to sponsor one of the Argyle players, and it’s something that we hope to be able to continue for years to come.”