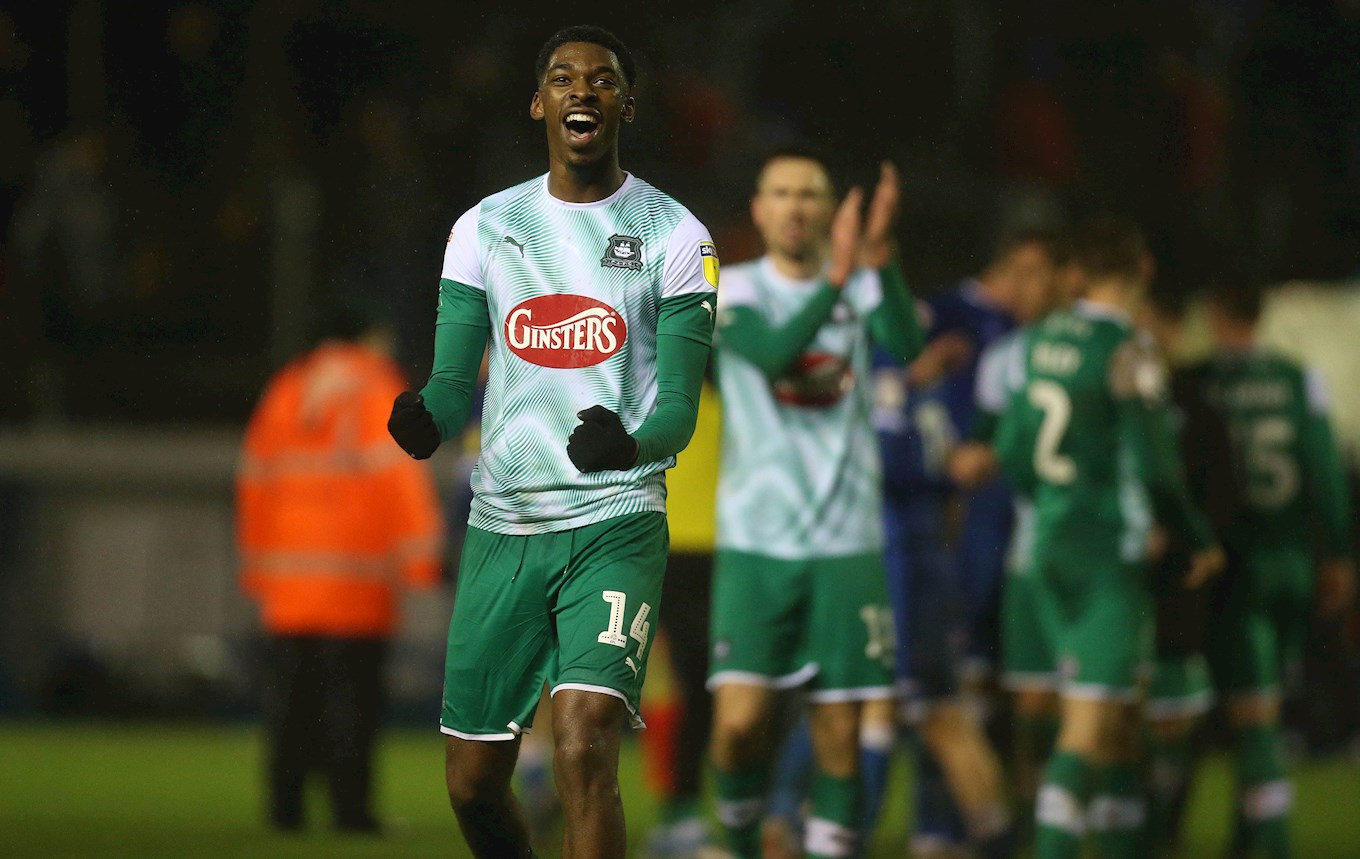 THE additions of Tyreeq Bakinson and Ryan Hardie in loan switches from Bristol City and Blackpool respectively, plus the renewal of Josh Grant’s deal from Chelsea, has given Argyle manager Ryan Lowe a feeling of squad satisfaction.

Tyreeq has settled brilliantly into the Pilgrim midfield, Hardie scored on his debut at Carlisle last weekend and Josh has proven his quality on a number of occasions, which all equates to positive recruitment for the Greens.

The gaffer now feels well equipped for the second half of the Sky Bet League Two campaign and any further new faces arriving at Home Park will only happen if someone leaves the building.

“We knew Tyreeq would hit the ground running because he’d been with us a couple of weeks before, he’d trained a couple of times and he knew what type of football we wanted,” said the gaffer. “We’ve worked with him and that was no luck. He has listened and learned about what we want.

“Ryan joined up with the team on the Thursday night [before Carlisle], had a training session on the Friday and we know what he can give us.

“He is rapid, he’s got good ball-retention and he can sniff a goal out. We know what he’s about and with those two players, and Josh coming back into the fold, we’re very solid as a team at the moment.

“We’ve got no plans to make any [more signings before the window closes] but it does depend on whether people go out. We won’t be looking to bring anyone in unless someone goes out.

“There are possibly [some going out] but we just have to wait on them, their agents and possibly finding another club.”