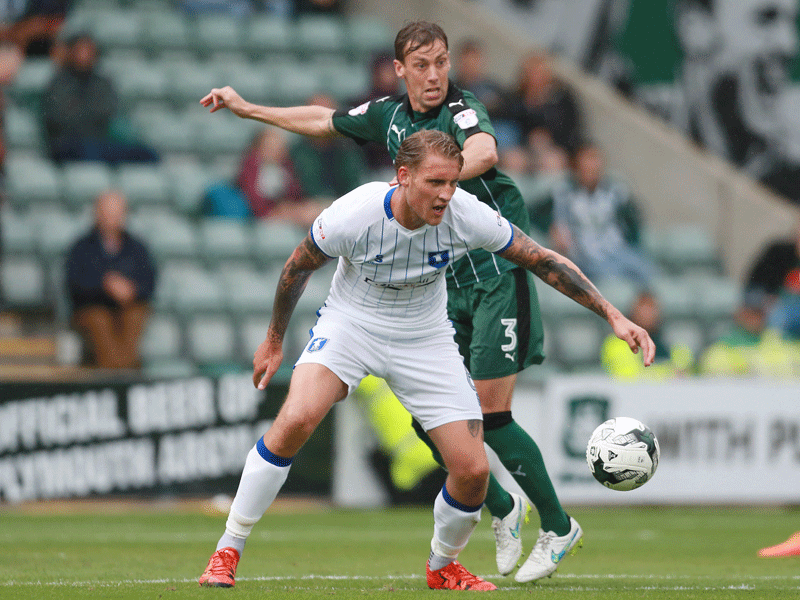 ARGYLE welcome Mansfield Town in Sky Bet League Two tomorrow and Statso has taken a look at the Stags’ record at Home Park.

First time: Jack Rowley’s Argyle beat the Stags 8-3 at Home Park on Saturday, March 7, 1959. Alex Govan, Harry Penk, Johnny Williams (2), Jimmy Gauld and Wilf Carter scored for us, while Town’s Terry Swinscoe was kind enough to put through his own net twice to take our total to eight.

Biggest win: The 8-3 victory in our first home meeting with Mansfield back in 1959.

Heaviest defeat: We have only ever lost once at home to Town in the EFL, 1-4 back on Saturday, September 9, 1978. Malcolm Allison was our manager at the time, while the Stags were managed by former Argyle boss Billy Bingham. Fred Binney grabbed our consolation.

Most goals in a single game: Eleven in our 8-3 victory in 1959. This is the joint-second highest aggregate score in our EFL history – we also shared 11 goals in a 6-5 win away to Aberdare Athletic in 1927 and there were 12 goals in our 4-8 defeat at Everton in 1954. It is the highest in EFL matches at Home Park.

Mansfield got their revenge in 1978-9, as well as winning 4-1 at Argyle, they also beat us 5-0 at home to record an aggregate score of 9-1. Despite this, we finished three places higher than them in Division Three.

Terry Swinscoe’s own goal brace for Argyle in Mansfield’s visit in 1959 is one of only two such occurrences in the Pilgrims’ favour in the EFL. The other came from Stockport County’s Jim Goodwin in a 4-1 win on November 23, 2002.